Shelly Bryant divides her year between Shanghai and Singapore, working as a writer, researcher, and translator.

About Joseph Girzone and the Joshua series

In 1995, Joseph Girzone left the world of the formal priesthood within the Catholic church and became a full time writer. His most famous fictional pieces center around the life of Joshua, a modern day incarnation of Jesus in our world. He faces the various problems we face, in the same contexts in which we face them. He is a compelling figure, just like the Jesus who walked the earth 2000 years ago, and he still challenges the norms of society, both inside and outside those communities which claim to be following him.

Girzone spent most of his life in New York. After leaving the priesthood for health reasons, he launched himself into a new life as a writer and speaker. He also founded the Joshua Foundation, a group that aims to make Jesus better known throughout the world. He has written over 15 books, of which the Joshua series is the most popular.

My Experience with the Joshua series

I received the first three Joshua books in a boxed set as a gift at my high school graduation.  The lady who gave them to me had been a teacher, mentor, and friend through my childhood, and I have spent a lifetime admiring the way she brings Jesus into this world in which we live.  The books became a special treasure to me when I started reading the parable contained there, and saw how my friend who gave them to me was so like Joshua — a clear sample of what Jesus might be like if he had chosen to live in this era instead of so many generations ago.

The book reminds me in some ways of Charles Sheldon's Christian classic In His Steps, as it attempts to answer the question of what Jesus might do if he lived through the situations in which we find ourselves. 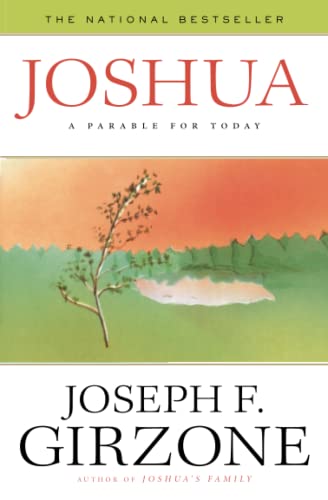