This particular hub marks my 80tharticle that I have written since joining HubPages a little over a year ago. I have written on many topics, including poetry, humour, animals, cooking and recipes and many articles that showcase my home – Canada.

I’m always the first to try to make light of a situation. The majority of the seats are filled for my meetings. I sell tickets in advance, and quite often sell out the minute before the meeting begins not because I am popular, but because they know that I present like no presenter they have ever had. A meeting is not a meeting – it’s more like Beth is entertaining you while you get paid and learn absolutely nothing.

The Birth of My Humour

When I was in the fourth grade, I had a teacher who was very particular about teaching us students how to spell words correctly.  We would practice the words by writing them in sentences in their correct context.  When it came to Friday morning, we were all quaking in our seats.  The spelling test would begin.  There have never been any tests as gut wrenching and scary as these – the Friday spelling test was done orally by spelling the word and providing a definition.  Plus, there would be 5 new words that we had never encountered that would be tossed into the test.

The first word came, then the second, then the third and each student spelled the word by shouting out the letters (she never let us spell quietly) with quavering voices.  I had been looked over for several months, and thought that I had finally succeeded in being overlooked.  Not this Friday morning.  No way.  Forget that notion.  She called my name, I stood up and she said the word:  para-fer-nay-lee-ah.  With a smirk, I spelled it out loud while looking into her eyes.  When I finished, she had the oddest looking expression ever.  I can’t quite remember my smart comment of a definition, but my love of words and humour was born as the class roared in laughter.

Are you laughing AT me?

For those who know me, on line and in real life, know that I have a bit of sense of humour at the best of times.  If you are not on the ball and cannot keep up, you will miss some of my funniest ones.  Quite often, I have to repeat it again....and again....and again....  Then, they turn and laugh at me.  Ha!

So you must be asking yourself, what’s so funny in all of this?  Bear with me while I explain.

I recently changed employers and had to fill out the HR forms.  There was a stack of these forms and each had to be hand written.  The majority of the information was repetitive and when I asked if I could just say “refer to blah blah blah” to save my hand and writing time, I was told no, it had to be filled out in its entirety, individually and by hand.  After 20 minutes of filling little boxes with letters and numbers, I came to the form that required detailed information.  I read the form, and realized that I had forgotten some documents that were required to complete it.  Embarrassed, I struggled to answer the last line.  Finally, I completed it and with elation, I turned it over to our HR manager.  She thought I was quite pleased with myself, which I was.  After all, the last line was the most difficult.  It read:  “If an emergency, please notify ....................” and I filled in “A doctor”.

Just For Laughs All Access - With Michael Che
Buy Now

Taking the Concept and Applying It

My friend is very religious. She lives by the book and never strays from her beliefs. She has one son, who she taught that honesty was the best policy and never, never steal because God frowns upon thievery. One day, her son came home escorted by two police officers. Astonished, she led her son and the two officers into her living room. The officers proceeded to tell her that her son was caught stealing. They gave her further details and then left. She was left alone with her son and she did not know what to say. Her heart felt broken as she believed that her son had betrayed his very soul by doing what she taught him not to do. He looked into her eyes, pleading for her understanding. Finally, her son spoke up. He explained his actions. He had asked God for a new car, but he knew that God did not work that way. So, he decided to steal the car and ask God for forgiveness.

I loved my work at my previous job.  I was paid to sit and dream all day long.  My desk was always piled up high with folders that were stuffed with paper.  One day, a colleague came into my office and sneered at me while firing off a comment about the size of my inbox.  I opened my eyes and without taking my feet of my desk (I was relaxed.  Remember, I was paid to dream all day long) decided that this bloke needed a refresher course on some word definitions.  He walked away, completely baffled.  I did not say much.   All I said was a bus station is where a bus stops; a train station is where a train stops; and on my desk, I have a work station. 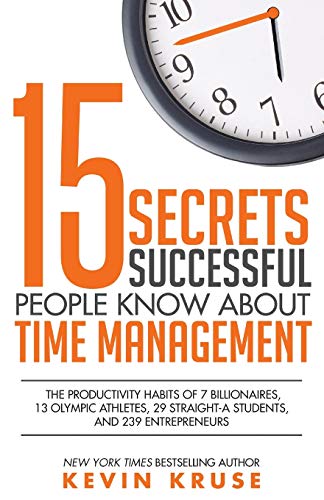 Turn that alarm off!

A friend, Christoph Reilly, wrote this great hub about Wise Old Sayings That are Stupid. He discusses in length about the saying “the early bird gets the worm”. Supposedly, if you are the first up, then you get the best pick of everything. You should visit his hub, but for those who will not be visiting him, I'll paraphrase his statement: the early bird gets the worm, but the second mouse gets the cheese.

Don’t you just love renovations? You get to dream (like I do) and design the perfect addition, kitchen, bathroom or workshop that you have always wanted. I just finished building something this summer. It took me the whole summer, but I dug the post holes by hand, cut and trimmed the pickets, sanded and painted my fence all by hand. Oh yes, I even put it up. I stood back and took in the view of my new, freshly painted fence. I live along a busy pathway, and being the considerate person that I am, I hung a sign on the tree branch informing the passersby that the paint is wet. No sooner had I done that did that first person walking by come on up and touch the fence with his grimy and dirty fingers. Why is it that people believe you when you tell them there are 4 million stars in the sky, but cannot believe you when you tell them the paint is wet?!?

Have you ever been camping?  Let me qualify that... I meant the type of camping where it is just you, your tent and the basic necessities to survive.  I’ve done that many times and when I finally get that fire going, I can’t help but to wonder why is it that a carelessly tossed match can start a forest fire, but it takes a whole box to start a campfire?

Jon always gets the last word.

My friend, Jon, happens to be an international model. When he is in town, he always gives me a call and we head out for some fun. One night, he couldn’t stop himself from laughing. You know that contagious type of laugh? Everyone around us was perturbed in the beginning, but then smiles came across their faces too. Finally, Jon stopped laughing long enough to explain to me what was so funny. Modelling is a competitive business that involves a small circle of elite models. Jon is quite hot, and a competitive female model was not happy that he was gaining on popularity in their circle. As a result, she tried to spread rumours about him. Jon found out about this and was not really that bothered. He believed that opportunity always knocks at the best moments in time when you need it the most. He was right. He saw her walking down the runway for a practice shoot wearing a T-shirt that had “Guess” written across her chest. He couldn’t resist answering and shouted “Implants!”