Lawrence Durrell would feature on most lists of the greatest authors of the twentieth century and he is widely regarded as a literary giant. He wrote sixteen novels, seven travel books, four plays, five books of short stories about diplomatic life, numerous volumes of poetry and was a prolific writer of letters and essays. Though most of his work is still in print and I have come across many people who own copies of his books, in particular his most famous work "the Alexandria Quartet" I find it puzzling that I haven't found many of my generation who have read them.

Why is this? It is entirely possible that many people bought his books, as I am embarrassed to say I did, having met "Larry" in the autobiographical books written by his younger brother Gerald. These timeless books, of which "My Family and Other Animals" is the most well-known, having been a best-seller, and made into a film and a British television serial, describe the life of Gerald and his family when they took up residence in Corfu before the Second World War. Gerald's descriptions of the wild-life he encountered in Corfu counterbalanced with his perceptive observation of his own family were magical. It sparked in me a lifelong interest in zoology, an experience I am sure I share with many others. in his books there are frequent references to his brother as a writer.

What was he writing? I bought his books to find out. I was an undergraduate when I first read the Alexandria Quartet and frankly, there was much I could not comprehend - references to ideas and philosophy outside my knowledge. This did not at the time bother me. I was, after all, studying biology not literature or philosophy. Nor does it bother me now, forty years on. I had a clear sense that Durrell was not writing for a person like myself, and that though he obviously liked his books to sell well his intent was not to write best-sellers. He wanted to write Great Literature, and it was the recognition of his intellectual peers that he craved. This regrettably gives a sense of self-consciousness about his novels and a feeling that he writes to show off his intellectual range, cramming in a hotch-potch of references, ideas, literary allusions, philosophies and big words rather than tell an honest tale. And this is a pity, because for all his self-importance and pretensions he can tell a rattling good yarn.

"The Alexandria Quartet" is his most well-known work. It is dense, rich, complex, impenetrable in places, intensely evocative. It is an assault on the senses and on the imagination. The first three books written, "Justine", "Balthazar" and "Mountolive" describe the personal events in the lives of a group of English and Egyptian Alexandrians in the sensual polyglot society of Alexandria before, during and after the second world war. "Justine" a Jewish Alexandrian is widely believed to be based on Durrell's wife Eve Cohen.

The books overlap chronologically giving different versions and perspectives from the point of view of the different characters. There are a number of threads of interlocking stories and events. Durrell uses the word "palimpsest" which means a text overlain with other texts which have to be deciphered singly. The only way to cope with the "Alexandria Quartet" is to read all three volumes in turn - in any order, it doesn't matter - and to go back, reread and dip into previous volumes. Out of this will slowly emerge a three dimensional narrative structure of dazzling complexity. The fourth and final volume "Clea" is later in time after the war and forms a coda to the quartet and should properly be read last.

The Quartet is peopled with unforgettable characters. I have a fondness for "Clea" a young Alexandrian painter. It was a pleasure to meet her "doppelganger" in the second big project of the Durrell oeuvre, the "Avignon Quintet", in the person of "Constance" who shares some of her physical attributes and the gentleness of her nature. It is something of a giveaway to read an identical account of back-street abortions described in heart-breaking detail carried out on both "Constance" and "Clea". This led me to think that not only both characters but the described incident were based on a real life person and a real incident that Durrell had witnessed or someone had described to him in detail.

The first four books of the Quintet overlap over a time period and are set mostly in Avignon - where "Constance" and her brother and sister live in their chateau with friends - and Switzerland, Paris and Egypt, straddling the war years of the Occupation of France. Again there is the notion of a palimpsest, the overlay of narratives from different angles, complicated by the inclusion of people who exist only in the imagination of Durrell's characters and appear more real in some of the books than the others. The narratives are interspersed with notes, snatches of verse, jottings, observations - some of which I found barely comprehensible. The last book "Quinx" is a sequel to the four and should be read last. "The Avignon Quintet" was more successful that the Quartet. "Monsieur or the Prince of Darkness" the first in the series, won the James Tait Black Memorial Prize; "Constance or Solitary Practices" was nominated for the Booker Prize in 1982.

Though the backbone of the narrative of the Quintet concerns the relationships between the family and their friends and colleagues, other themes range over Templar mythology, Egyptian gnostic mysticism, female homosexuality, and Freudian psychiatry, set against a backdrop of the beautiful landscape of the Languedoc in the south of France, and the historical reality of anti-semitism and the Nazi occupation of France.

"Tunc" and "Numquam", the two novels that form the "Revolt of Aphrodite" have, as minor themes, the death by accident of a small child and brother-sister incest. These themes occur also in the "Alexandria Quartet" where "Justine" is searching for her only child, a daughter, who has been abducted and is presumed dead. The blind "Lisa Pursewarden" has an incestuous relationship with her brother. Brother-sister incest crops up also in the "Avignon Quintet". All lead to unspeakable consequences - the castration of the brother in the "Revolt of Aphrodite"; the death by suicide of "Pursewarden"; the execution by the guillotine of the brother "Hilary" in the Quartet. This unsettling recurrent theme has led to speculation about Durrell'sown proclivities, stimulated in part by the death by suicide of his daughter Sappho who left behind writings that hinted at incest in her family. Durrell's own biography skirts around the issue. If he was stimulated by his own experience then brother-sister incest is the most likely, not father-daughter.

It is worth noting too, the virtual absence of parent-child relationships in his writing. "Constance" and her brother and sister have no parents, "Benedicta" and "Julian" in the "Revolt of Aphrodite" appear to be orphans. The only family with a functioning parent is the Coptic Hosnani family in the Quartet, where "Leila" is the mother of "Narouz" and "Nessim"

There has been idle speculation about Durrell's preoccuopation with female "inversion" - his term for Lesbianism. Many of his female characters have at some point a Lesbian relationship. "Constance" - heterosexual for most of the narrative - has a brief and intense relationship with her very disturbed patient "Sylvie". "Clea" confesses to a crush on "Justine". "Pia" and "Trash" - two fictional characters - are homosexual lovers. "Livia", who is the sister of "Constance" and the subject of Durrell'sbook of that name, is revealed late in the narrative - and after her own suicide - to have been incestuously involved with her brother "Hilary". The rationale for this is that she was in love with her own sister and jealous of her brother's attachment to "Constance". Make of this what you will. Speculation about Durrell's interest in homosexuality should not lead one to the conclusion that he was himself homosexual, though many have suggested this. He was, by all accounts, a most heterosexual man and in any event his obsessions seem to be exclusively centred on female homosexuality.

Life is probably too short for most but the most determined readers to get to grips with these massive works. However, fortunately there are more accessible books as Durrell is as well known for his travel writing as for his novels. But the description of travel writing hardly does these books justice as no-one is more able to convey what he terms the "Spirit of Place" more evocatively than Durrell. One is reminded here of his brother Gerald's writing about their time on Corfu- though Lawrence would turn in his grave if he thought such a comparison was being made!

"Prospero's Cell" is his account of his sojourn on Corfu, in which he describes his life there with his wife - who is totally absent from "My Family and Other Animals" - and barely mentions his family.

"Caesar's Vast Ghost" written about the legacy of Rome in the Languedoc region in the South of France.

His short stories about diplomatic life "Sauve qui Peut", "Esprit de Corps" and "Stiff Upper Lip" "Antrobus complete" based on Durrell's experiences as a diplomat, are much despised by Durrell afficinados. If you like PGWodehouse then you may find them very funny indeed 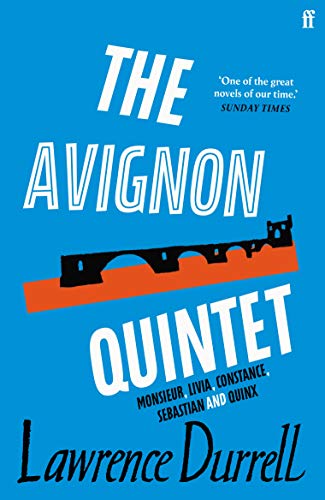 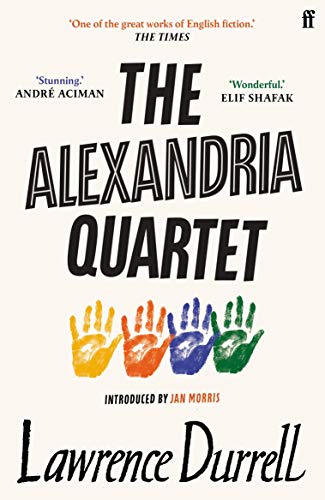