Le Divan De Staline: Less Than the Sum of Its Parts

It is Autumn on the Black Sea. A man gardens in the park of his datcha. He doesn't know that he has only thirty months more to live. He is one of the most powerful men in the world - his name is Stalin. Danliov, young painter, has been called on to create a fresco in his honor. Here he discovers the strange ritual of the Father of Nations: every day, he lies down on a couch and he recounts his dreams...

It is a dramatic cover story for Jean-Daniel Baltassat's French language novel Le divan de Staline - Stalin's Couch - one which sets the pace for a dramatic and fantastic story - the dreams of the great dictator of the Soviet Union, of the mass murder, of his victory, of his fears, of his defeats, of his evil and his humanity, of his recounting his life and what drove him. Baltassat's book unfortunately does not live up to his great promises - perhaps like Stalin and his Soviet Union himself.

Where does Baltassat go wrong? It is hard to say, for Le Divan de Staline is a confused work, which is prone to rambling off in tangents, and which has little in the way of connections between its plots. For there are distinctly two plots which only mildly connect: Danilov the artist who waits constantly for his interview with Stalin, and Stalin and his discussions with his mistress Lidia, which involve the dreams which he recounts to Lidia. The description of the book is a lie in this regards - for Danilov never discovers that Stalin recounts his dreams in such a way, never comes close to Stalin himself in any real way, and Lidia serves as the go-between between them, even if she herself lacks any positionality in the narrative - she is always seen through the eyes of others. Perhaps what gives the book its feeling of futility and irrelevance is that there is no actual relationship between these two plots - and for a book which is dedicated to Stalin and his dreams, it is this plot which is the secondary, auxiliary one, and it is Danilov and his constant waiting which forms the framework surrounding it. The book's atmosphere is not merely oppressive and stifling, purposefully chosen I assume - it is endowed with a feeling of emptiness and meaningless of much of it all.

French writers I think, are more prone than English writers to make the mistake of assuming that because they use an advanced vocabulary, what they have written is necessarily beautiful and elegant. Baltassat has a vast amount of descriptive details and words, peppering his text with literary words and painting scenes with details, listing plants and flowers and every element with meticulous dedication - but it lacks humanity, it lacks warmth, it lacks a reason. It feels more like it is a constant confused spiral into misty and cloudy depths, to give the impression of depth and grandeur through its constant assault of words, rather than being crafted for illuminating the world in which the book takes place. And a dreadfully long one at times too - with sentences that take up multiple pages, leaving the reader breathless and tired to complete them! These words are ones which go to the description of the exterior - and almost never to the interior, to the sentiments and passions which drive individuals, so oddly missing in a book which is supposedly focused on dreams.

This matches the problems the book has with flow: it takes forever for anything to actually happen in it. Perhaps the first chapter is an excellent example, as nothing of note for the rest of the story occurs in it - just reflecting on Stalin gardening, on his decisions in the Korean War, and the decision to go to his datcha in Borjomi - the last being the only thing which is relevant, and which could have been easily simply assumed. The second chapter is only when action and events truly begin, when Danilov is taken to present his ideas to Stalin. An implicit promise is made by the book - that it might be slow, but one would discover the thoughts and dreams of Stalin, and interpret them. To some extent one gets the first two - but there is nothing of the third, and this renders the dreams of Stalin more cryptic than revelatory. In the end, there is little in the way of resolution. There is nothing wrong with a book being slow, with dragging it out, with making the reader feel impatience.... but what exactly did one spend so long patiently turning page after page in a dutiful march to the end for?

For the resolution is not much to have waited for. The book can be summarized simply: A young artist, Danilov, is to build a monument for Stalin. Stalin recounts his dreams to his mistress, Lidia. Ultimately Stalin rejects Danilov's monument and reveals to Danilov that he had killed his parents in the 1930s, and Stalin leaves, without any revelation of Danilov's thoughts on the matters. It is curiously empty, curiously emotionally detached, curiously expected. Danilov never seems to be a great admirer of Stalin throughout the book, never even in his private thoughts thinking of the greatness of the Father of Peoples. His parents perished, and him not quite sure how - what other thought could there be other than for something related to Stalin's murderous regime to have killed them? His art's main piece that we are exposed to - a German falling from his destroyed aircraft during the Battle of Kursk - seems to have little to do with Socialism Realism - by its very nature, it is unrealistic as the Soviet security officer interrogating him stresses, pointing to the large feet of the German. Danilov seems to be nothing more than a confused young man, hiding his beliefs and inner principles, gratuitously fawning over power in an effort to survive - in short, there is nothing at all particularly moving about this revelation. Just another victim of the USSR, with parents having suffered a particularly grim case at Nazino Island, another case without emotional touch for the reader. His parents feel like a tacked on, almost comedically bizarre death - mistakes as Stalin himself phrases it, exiled to Nazino by error to their deaths. As with the rest of the book, it fits together poorly.

The only real transformation is when at last Stalin moves himself from his slumber, one which renders him almost sympathetic - a poor old man, haunted by his past dreams, worried about the fidelity of his mistress, reliant upon the authority he has built up and without the aura of command that he previously enjoyed - and which shows his old fervor, his rejection of the monuments to immortality by artists. What do they know of immortality and eternity is Stalin's question - and Stalin's confidence in his own eternity and his own power, regardless of what artists think of him, gives a feeling of the power and iron will that the man of steel once enjoyed. But it makes for a poor capstone for the book in any case.

Not all is woe. There is a window into the Soviet regime, with its fears, paranoia, oppressive security apparatus, the feeling of the mad court of the Red Tsar, the discussions by the characters of Soviet ideology and the thoughts of Stalin, his memories of his time passed in Siberia - these are elements which genuinely do shine. But these are all united by their dryness, their removal from the human element, so that in the end the only human sentiment that we can recall from the book is Stalin's continued pain over his wife Nadia's decision to commit suicide. The rest is hollow, empty, and grey - grey like the image of the Soviet Union and High Stalinism, grey and filled with forgettable people. Forgettable people make for a forgettable book, one whose individual parts join together uneasily and make a strange and frustrating work. 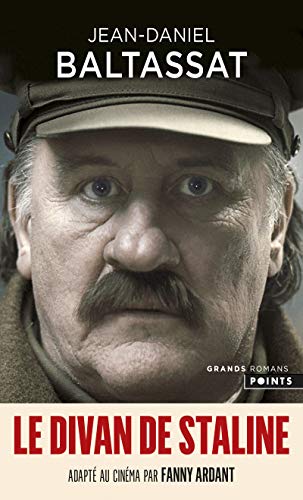