Letter to the First Dress I Crocheted 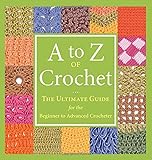 A to Z of Crochet: The Ultimate Guide for the Beginner to Advanced Crocheter
Buy Now

You never forget your first. And there is something about him that you will always love no matter how wrong everything about it may have been. It was that way with my first boyfriend and it is that way with you. There are no rose colored glasses but there remains an impenetrable appreciation for the flaws that perfectly mar the beauty of the experience.

I was 14. He was a year or two older. I fell in love with him because he had puppy dog eyes and an adorable smile behind which lay a devastating amount of pain. I couldn’t have named that at the time but I did know that I thought he was being abused at home and that I found it appealing. He needed protection and comfort. I was drawn to the quiet strength of his pain and the way it was hidden behind a mask of loud comic relief. I suppose I believed that I had found my twin, that I could save him and in doing so I would save myself. I know better now, of course, but back then I tumbled headfirst into the arms of his wild, tortuous, childish version of love.

Everything leading up to our first time was awkward but amazing. We created forts out of blankets inside of his poverty-stricken bedroom and hid inside exploring each other’s bodies. We feigned more confidence than we had. I knew that I was faking but somehow believed that he really knew what he was doing. It exhilarated and intimidated me. It was perfect even though it was all wrong.

When we finally decided to finish what we had started, to go all the way so to speak, it was quite anti-climactic. We went to his house after school. We took our clothes off in the living room. He wanted me to put the condom on him but I told him to do it. I pretended I didn’t want to for some specific reason that wasn’t the real reason, which was that I had no idea what I was doing. He left the room to put it on because he didn’t want to do it in front of me. He returned. He entered me and it hurt, numbing my hands and fingers. I cursed. He continued. We lay there afterwards for a minute but then his parents came home and we had to rush off to his bedroom. I told him it had hurt and he asked, “but in a good way right?” I went to the bathroom and discovered myself covered with blood. And from there things went downhill.

Although we tried to experiment with different positions and different ideas learned from magazine stories and porn movies I never really felt all that close to him after that. The fun period of exploration was over and now we were down to the nitty gritty. Soon the problems in our individual lives would overtake our relationship. He would call me threatening to kill himself. I would feel responsible for saving his life. He would go away to a foster home or a group home or juvenile hall and I would worry and want to hear from him until I stopped caring so much and moved on with my world.

I wouldn’t do it any differently. I know that there are many other ways that first time could have happened. I know that there are people who have better experiences, more loving or more prepared or more exciting. I know that I was young. But I wouldn’t change a thing. It was perfect in spite of the fact that there was so much about it that was all wrong. It was perfect because we did love each other. Sure, it wasn’t the kind of love that I’ve come to know as an adult. It was a juvenile and silly and self-involved type of love, a love fed by media images of what love should be, a love that festered because it was all about our own search for who we would become. But it was love, a type of love I’ve never quite had since, a type of love that wouldn’t be safe or appropriate or healthy as an adult but that was perfectly right for my first love.

What does this strange love story have to do with you, you ask? Everything. Because the truth is that I love you in that same self-involved way. Everything about you is a little bit wrong. I crafted you with a too-cheap, too-stiff acrylic yarn because I didn’t want to make my first dress out of something luxurious in case I screwed it up. I used a vintage pattern that didn’t make any sense so I stopped following it halfway through and tried to figure out how to make you on my own. I didn’t swatch or check gauge and I wouldn’t have known how to change your shape and size if I had so I ended up making you into something just slightly too big. You fit well enough to wear but you make me feel chunky because your shape and size and weight just aren’t right.

Come to think of it, he made me feel chunky, too. He was in love with Cindy Crawford and I was just a middle school kid with too much acne and a strange sense of style that had been culled together from reading pop magazines like Tiger Beat and Seventeen. I wasn’t what he wanted to be with, exactly. More importantly, I wasn’t what I wanted to be. I wasn’t yet the woman I would become. I was awkward and unsure of myself and too heavy inside of my own skin. I was ready to emerge but I wasn’t there yet. I was bursting at the seams. And the weight of you making me feel not quite right is familiar that way, ugly but comforting somehow.

You are not entirely ugly, of course. In fact, the yarn you were made from is a beautiful variegated color of brown and blue that is lovely despite the fact that I don’t love the yarn itself. And you’re actually shaped quite nicely even though you aren’t sized properly. The stitching may not have followed the pattern properly but it is perfect nonetheless, mesh-like designs of double crochet that never falter in their precision. The flower added to your hip may have been a poor choice but the decision to go with an empire waist was spot on.

A lot is right about you but I do not love you for what is right; I love you for what is wrong. I love you for all of the choices I made with you that I would never make again now that I am a more experienced crocheter. I look at them fondly because they show my real growth. The perfect stitching was something I already knew how to do, just like I knew to insist that he wear a condom. The imperfect choice of yarn was something I didn’t know yet, like I didn’t know how to put the condom on him myself. The things I knew were not important because it was the things I didn’t know that shaped me.

I love you not for you, honestly, in the same way that I did not really love him for him. I couldn’t see past my own reflection in his eyes. I was too young and too interested in what I was becoming and too curious about myself. I loved him for what our experience could show me about me and I love you for this same reason. Later I would come to be a crocheter who didn’t really follow patterns, a crocheter who would choose the nicest yarn in the bunch because you never know how great a piece might turn out, a crocheter who would choose empire waist dresses almost every time … you taught me these things about myself and so I love you. I keep you in my closet. In this same closet I keep a small bundle of letters that my first love wrote to me from juvie that summer after middle school. I go through them sometimes in my darkest moments, always searching for another key to myself. And when I do, I put you on but never wear you out of the house.