Has This Ever Happened to You?

So there I was in the local supermarket, browsing the shelves while my wife loaded the cart. We turned a corner, narrowly avoiding disaster as a little old lady ran a stop sign with her shopping cart and barreled past us, leaving obscenities in her wake.

I recovered from the near-catastrophe and spied a book display in the next aisle. The rack held twenty copies of a novel written by a local mystery writer. Since I’m always interested in mysteries, and I love to support local artists, I grabbed one of her books and opened to the first page. I read the first page, and then I read it again. I called my wife over and had her read it. Her response was the same as mine….WHAT A BUNCH OF GARBAGE!

“She got into her car and started it up.”

“She drove downtown for her meeting.”

“She noticed the clouds forming and grabbed her umbrella from the back seat.”

And on and on she went, oblivious to the fact that she had just slit her own literary throat.

How can we know if we are goofing up if we don’t recognize our mistakes? I have found that many writers aren’t even aware that they are making word-choice mistakes, so let’s take a look at a few of the most common.

Now that we have some idea of common mistakes, it’s time to clean things up and make our words work for us and not against us. Here are some things you can do to improve your word-choice. 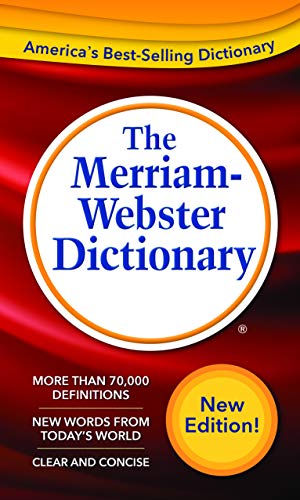 And While We’re on That Topic

A willingness to improve!

What possible difference can word-choice make? I’m sure there are some who are rolling their eyes right now, convinced that I’m making too big a deal out of this. Who cares if that writer I mentioned earlier used the word “she” too many times? Does it really make any difference when judging her body of work?

Well, I’ll never know, because I refuse to read beyond her first page, and that refusal has everything to do with her word-choice.

So, what possible difference did her word-choice make? It was the difference between me buying her book and placing is gently back on the shelf.

Now Let’s See How It Is Done

See if you recognize the writer from these two paragraphs. While you are reading them, pay attention to the word-choices this author made.

“My worst dreams have always contained images of brown water and fields of elephant grass and the downdraft of helicopter blades. The dreams are in color but they contain no sound, not of drowned voices in the river or the explosions under the hooches in the village we burned or the thropping of the Jolly Green and the gunships coming low and flat across the canopy, like insects pasted against a molten sun.

In the dream I lie on a poncho liner, dehydrated with blood expander, my upper thigh and side torn by wounds that could have been put there by wolves. I am convinced I will die unless I receive plasma back at battalion aid. Next to me lies a Negro corporal, wearing only his trousers and boots, his skin coal-black, his torso split open like a gaping red zip-per from his armpit down to his groin, the damage to his body so grievous, traumatic, and terrible to see or touch he doesn't understand what has happened to him. “

That excerpt is from “The Tin Roof Blowdown” by James Lee Burke. What do you think of his word choice? How did he do? Do you see any repetition there? How about the flow of his words and the rhythm? It seems to me that he has done a masterful job, but then I happen to be a huge fan of Burke anyway. I’ll be interested in what you think.

Now it’s your turn! Grab your thesaurus and your dictionary and start choosing words wisely.