I Self-Published My First Novel!

It's been quite a journey, and I can't believe that it's finally over. Here's what happened:

Read on to find out more about my book and my journey!

Available for Pre-Order on Amazon 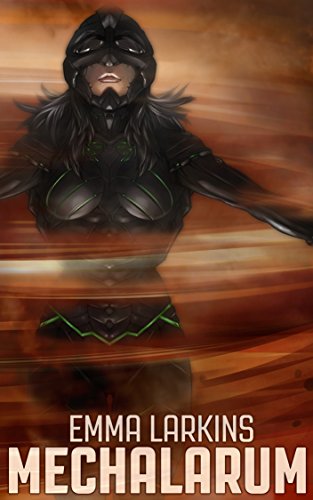 A Science Fiction Tale With a Strong Heroine

Under a dust storm spawned by nature and sustained by technology, a hidden Citadel protects humanity’s final hope. Sciencers toil to execute Serl Aris Jolorn’s last-ditch plan to defeat the offworld Losh, who have rained death from the skies for twenty years.

The plan is simple—build and perfect Mechalarum flying suits for fearless pilots to infiltrate and destroy the Losh airships from within.

The most skilled of these pilots, Kiellen Corr, has never wavered in her dedication to the cause. But her impatience and stubborn nature put her at odds with Serl Jolorn, who will tolerate zero insubordination as he quests to eradicate the alien menace.

After a fateful discovery, betrayal blindsides Kiellen. With her faithful sciencer friend Gage Turman by her side, she must fight to understand the true nature of Jolorn’s Citadel, the Mechalarum suits, the Losh, and herself.

Mechalarum Is On Goodreads

In anticipation of releasing my book October 9, 2014, I came up with a really cool promotion idea.

When I printed my books, I received an unbound physical proof of the printed pages. Holding the pages in my hand, I couldn't help but think that it would be easy - and fun! - to scan a page each day, add some fun pictures and text, and talk a bit about what that particular page meant to me as an author.

So far, so good. I'm really enjoying the process, and it's a motivating way to shed a new light on my story. I never get bored of expanding my universe for my readers.

Want to follow along? I've made it super simple!

I Dressed Up To Promote My Novel

This Book Never Would Have Happened Without Kickstarter

I'm hugely thankful to everyone who backed my project. It's amazing to me to see how far Mechalarum has come from its humble origins. The story, the art, the themes, the characters - they've all evolved so much, and it's because I had a wonderful group of people to support me, help me, and sometimes kick my butt into gear when I needed it.

Kickstarter In the Trenches

Will You Read Mechalarum?

Here's What I Think:

What Format Can I Get Mechalarum In?

I always assumed that ebook would be my main format. It's easier to produce and distribute, and I don't have to worry about things like inventory and shipping.

That's why I was very surprised by the reactions to my physical books. I'd been telling people I'd written a book for months, but when they were able to hold the physical copy in their hands, it was somehow much more "real" to them.

I've always liked reading books with strong women characters. Fantasy has some pretty good heroines (especially if you're a fan of

Tamora Pierce, as I am). However, women as the central characters in science fiction are only starting to emerge.

For whatever reason, a lot of central woman characters still have trouble passing the Mary Sue test. It was important to me to create a character who was strong and capable, but also deeply flawed. And that's really why Mechalarum became the story I had to tell.

Technology has always been a central part of my life - both using it as a tool, and thinking about how it will evolve. To tell the truth, I've always been more likely to read fantasy than science fiction, but as a write science fiction called to me. I like technology because it has an explanation. I didn't want to just wave my hands and say "the characters can do fantastical things because I say so" (even though I happily read those sorts of books all the time!) I wanted to be at least somewhat logical about my reasons for things, and I hope I've succeeded in that with this story.