Memoir of a Girl Who Lived to Prove Others Wrong

Currently working as a debt specialist for the top law firm nationwide, Kathleen has been perfecting the art of the sale for over a decade.

The Reality of an Eating Disorder

I started defying odds when I was just a child. For the purpose of this memoir, defying the odds refers to times in my life when I proved everyone in my life wrong. That was my M.O. I never listened to authority, I couldn't understand the concept of rules, and I never felt like I belonged.

When I was young I was a slender girl, active and heavily involved in sports. Many people called me a tomboy, but I didn't notice. I grew up with a loving mother and father, as well as two brothers, but my mother was always working - so my main influences were all men.

By the time I hit puberty, my weight and my body changed drastically. I no longer had the metabolism of a little girl, and I started to transform from the boyish figure of my youth, to the curvier body of a young woman.

The weight gain continued and continued. Emotionally, I was a black-hole - and I learned quickly that food filled that whole for a short time. I ate and I ate and I ate. One day, I looked in the mirror and I was disgusted. Tears began to trickle down my cheeks, soaking the floor beneath me.

Something had to change.

Instead of eating, I started running. I ran and ran. My weight started to plummet. First I lost ten pounds, then I lost twenty, then thirty and forty pounds. Much to my surprise, I found that the feeling of hunger was just as successful at filling that black-hole as food used to be.

By the time I was fifteen years old, I was diagnosed with anorexia nervosa and shipped off to my first treatment center.

Addiction After Addiction, I Continued to Try to Fill Holes that Plagued Me

It is easy for a parent to blame themselves when their child goes through a struggle like mine. This book provided insight into my disease and helped my mom rea

Hungry for Life: A Memoir Unlocking the Truth Inside an Anorexic Mind
Buy Now

The next few years of my life was about defying doctors orders and flabbergasting the medical community. Quickly after I got out of treatment, my eating disorder worsened. Between the age of 15 and 18 I had been admitted to the hospital eight times for my anorexia, and I had been in at least five residential treatment centers. Every time I went in to treatment I was in worse condition than the time before.

That was almost ten years ago. I am not going to say that things got better after that conversation with the doctor, as a matter of fact, things got worse. But here I am today, and I am still very much alive.

At the age of 18 I started drinking alcohol. When I entered college I had only drank a handful of times, but this would quickly change. My freshman year of college I was, without a doubt, a hardcore binge drinker. I was at the bar every night and the quantity of alcohol that I drank was so large that I became known on campus for my reckless behavior and disregard for the rules.

After my first two semesters at Fordham, I had to be hospitalized four times for alcohol poisoning. By my third semester I had to leave school for medical reasons - my drinking had caused ulcers to coat my the interior of my stomach.

I came home from college having to face the reality that after drinking for only a little over one year, I was an alcoholic.

Voices in the Darkness

They Told Me I Couldn't Stop Drinking - Yup, I Proved Them Wrong

When I was 20 I stopped my rotation of

eating disorder treatment centers and replaced them with drug and alcohol focused rehabs. By the age of 24 I had been in treatment for either my eating or my drinking more than 20 times. I went to Utah, I went to Arizona, I went to Oklahoma, I went to Pennsylvania, I went to California and then I went to Tennessee - all trying to chase the dream of recovery - the false illusion of a "normal life."

It wasn't a treatment center that got me to stop drinking, nor was it the rooms of AA that sobered me up. It was the moment I realized that I was surrounded by "friends" who didn't care about my well being, people who didn't even know the real Kathleen.

My Quest for Inner Peace

Eating disorders are so misunderstood. Even I didn't understand what was happening to my mind and my body. Stories like this one helped me realize that I wasn't

It didn't take me long to realize that cocaine was a huge problem for me. In fact, I think I knew the moment I first tried it that this drug would lead to my destruction.

I developed a habit that cost me over $500 a day. Soon I began stepping up my crime game, stealing identities rather than clothes from the local mall. There was nothing, and I mean nothing, that I would not do to get high.

When I was 24 things began to change in my life. After a long, hard look in the mirror, I realized that death was not far from my doorstep. I realized that the people I had surrounded myself with were bringing me down, rather than lifting me up. I knew things had to change if I ever wanted to recover from the addictions that plagued me, so I made a decision to change.

I stopped going out completely, I stopped answering texts and phone calls, I locked my door and only left when I had something incredibly important to do. And by important I mean job interviews and school - not running out of drugs or alcohol.

Eventually the phone stopped ringing and people stopped asking about me. That was what I needed - to fall off of everyone's radar. It was the only way I could survive. When the time came, I moved from that apartment to a different part of town, away from the bars and the chaos. I enrolled in school and started to work real jobs that didn't require me to break or bend the law.

One step after another, slow as they might have been, I inched forward towards a better life.

Inside the Head of an Anorexic

This is a book I published in hopes to educate the public about eating disorders and mental health issues. 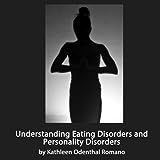 I have had dozens of doctors tell me that I would live a life ruled by addiction - be it drugs, alcohol or food. I have been turned away by treatment centers for a case that was too severe. I was dismissed as just another junkie with no regard for human life. I proved all of them wrong.

It wasn't easy by any stretch, but now at the age of 27, I can call myself a woman in recovery. It took time, but I was finally able to realize that all of the years I spent running, I was only running from myself.

Whether it was food, alcohol or cocaine, they all served the same purpose - they allowed me to neglect any true self-reflection. It wasn't until I was 25 years old that I finally started to try to find out who I really was, and who I was meant to be.

After years of therapy, residential treatment and psychiatric hospitalizations, it wasn't a doctor or a therapist who helped me find my path - it was me. And I can honestly say that today I am happier and healthier than I have ever been in all my years on this earth.

I have an honest job, I am finishing up my degree and I am engaged to be married. I have created a successful photography business that I can call my own, and I have started to make a footprint in the writing industry. My life is not where I want it to be in ten years, but it is what I want it to be in this moment.

Much of my success in recovery came from self-acceptance and a long quest searching for inner peace. I had to realize that we all fall down sometimes, but instead of staying down, today I learn why I fell, then pick myself back up. I had to stop being so hard on myself for every minor flaw in my life.

I realized that if I ever wanted to be able to accept the love of others, I had to learn how to love myself.