The Truth According to Mikel

-If two heads are better than one... Then how good are millions of them? <We the People>

-Financial Dictators -1%ers- have taken control of the United States by making the electoral system dependent on financial contributions from the 1%ers. Before a candidate can run for office and compete for our secondary votes they must first pledge to serve the interests of the wealthy. Therefore, We the People have the right to vote for anyone they want.

-If law enforcement is allowed to selectively enforce or not enforce the "law"... Then it really isn't "law" ...it is something else.

-Sexism is sexism even if it is sexism against men.

-Racism is racism even if it is racism against whites.

-There is no normal life, there's just... life.

-I often wondered why God would love me, flawed and primitive as I am... Until I saw my children discovering life for the first time... Then I understood God's love for me.

-Faith: Believing in something without proof. It is not: believing when there is proof to the contrary.

-What makes you an Active Atheist is believing that the existence of any supreme being is impossible.

-What makes you Benignly Neutral (a passive Atheist, an Ignostic, an Agnostic, or an open-minded Believer)... is admitting that either, or both, positions might be correct....

-What makes you an Adamant Believer (Bible-Thumper /Zealot/Absolutist) is believing that the non-existence of your supreme being is impossible.

-If to be as good as someone else, you have to make them less... Then, you never will be... as good as them.

-We are not human beings having a Spiritual Experience... We are SPIRITUAL BEINGS... having a Human Experience.

-Absolute Light is just as blinding as Absolute dark.

-Struggling is natures way of strengthening us to survive what comes next.

-That which does not kill me makes me stronger, unless it makes me weaker...

-'Everything' minus anything at all, is no longer 'Everything'... It is something else. 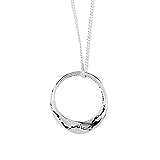 -Creation:
Nothing transformed into Everything.

-Evolution:
Everything creating everything else.

-The questions must continue, until the answers, make sense to the one asking the questions.

-A square is a circle that refuses to cut corners.

-A truly wealthy man is one whose children run into his arms, when his hands are empty.﻿

-In a situation where there is no proof... Anything is possible... until Proven Impossible.

-Logic takes us to where the proof ends, Faith takes us home.

-Believing in God will not make you immortal, nor will it cause God to change the rules for you or those you love... Eventually each of us must face death. Every one of us will die. Believing in God, trusting God, having faith in God's good sense and good judgement, simply makes death less scary.

-If Jesus really was God's biological offspring...Then I doubt he is an only child. I believe that God, being God of all creation, would have sent an entity like Jesus to every civilization, on every planet in creation...as soon as a "Jesus" was needed, and they were ready.

-How very boring existence must be... for God...

...If Doctors fought infections and diseases the way law enforcement fights crime. Doctors would stand around waiting for sick people to die so they could dissect the dead body, locate the one germ among the millions infecting the body that landed the killing stroke, and make it pay for killing the dead person...

-The thing about stupid people is... We don't think we're stupid.

-Jesus and God are not the same, GOD is Greater. Without Jesus we still have God as before... without God, Jesus is irrelevant.

-What Would Jesus Do? Jesus would make it about God.

-Jesus said that only through him could we hope to reach God. What Jesus meant was only through learning and evolving could we reach God. By refusing to learn we have become stagnet and are doing exactly what Jesus warned us NOT to do. Jesus preached new ideas and new ways of understanding, that is the doorway to the realm of God.﻿

-Believing in God does not mean you have to be a chump.

-There are no stupid questions... well... except maybe that one...

-An absence of proof, is NOT proof.

-What is said, is more important than who says it...

-Science is not the path to the proof that God does not exist... Science is the discovery of how God did some of what God does.

-I know you believe you understand what you think I said, but I am not sure you realize, that what you heard was not what I meant.

-My failures have made me who I am... but I am not my failures.

-My experiences have made me who I am... I am my Seasoning... my own unique flavor.