The Mockingjay is the symbol of the populist rebellion against Panem, its upper class, and the inhumane treatment that class deals the lower class in a largely two class system. Human rights are nearly nonexistent for the poor people in most of the twelve districts and all this reminds of of the struggles of the USA today.

At the end of Catching Fire, the bird is on fire in its logo, fire being a symbol of strength, spirit, cleansing, and destruction in order to rebuild. After the nightmare experience of having to fight as a tribute in another, deadlier Hunger Games, Katniss destroys the gaming system, only to find out that insiders had planned to transport her out of the game and frame her as the symbol of the resistance, the Mockingjay as leader. She is dismayed.

4 stars for Books in the Hunger Games Series

Extending Mockingjay into two separate films also extended the joy of watching the four-part series and the agony of waiting an additional year to see the conclusion of the YA drama.

Not only youth, but thousands of adults flocked to these films as well.

Many viewers identify with at least one character in the story and many of the events shown.

Our own world was already torn by the controversies and inhumane circumstances presented on film, all of which caused some viewers to become more thoughtful about participating in government and community improvement.

Elvis Presley has earned more money after his death than during his lifetime, even though he made enough while living to purchase airplanes and give away dozens of Cadillac cars. He continues to earn millions each year.

Presley's former backup artists have traveled the country, performing the old shows with film footage of Elvis on a giant screen playing those shows behind them. It is an eerie experience. 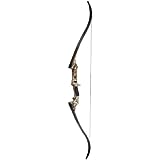 Having appeared in the second film in the series, Philip Seymour Hoffman died before parts three and all of four were filmed. However, CGI presented an opportunity to portray that actor in the continuing character, a surprise supporter of the rebel movement whose logo is the mockingjay. An announcement of a CGI version of the actor would be used in one major scene i the last installment of The Hunger Games.

The 1999 film The Cyberstalking suggested that CGI could be used to reproduce characters who have died, specifically portraying a digital Marilyn Monroe to a 21st century audience on screen who all believed she was alive.

The first attempt I witnessed at such animated realism nearly occurred in an early 2000s film based on a video game - the human characters approached flesh and blood appearance, but fell just a bit short. Today, CGI people might look entirely human.

This brings in the question of the estates and families of deceased actors, personality rights, and other legalities connected with presenting an image of an actor. With the right voice actors dubbing dialogue or digital collections of actors' actual speech, dead stars could make a comeback.

Katniss Is the Mockingjay

What Of the Mockingjay?

The Hunger Games wiki states this:

A mockingjay is a bird that was created through the mating of jabberjays and female mockingbirds. When Katniss wore a pin with this bird on it in the 74th Hunger Games, the Capitol was angry.

Why were the rich and powerful of the Capitol in Panem angry?-- Because the bird represents rebellion against tyranny, oppression, and starvation. In the books, the mockingjays have a special respect for Katniss and her father. They represent the people, while the jabberjays mock the people by using the voices of deceased loved ones. Life in Panem is a horror show that they mockingjay symbol suggests will be ended by force. The people will fight for their rights.

The Girl On Fire, Katniss of the Coal Mining District 12, is now the Bird On Fire.

Katniss has an obligation to help the people of Panem to end the regime at the Capitol. She must do this despite the potential for losing more of her friends and family members, as well as her own life.

A Fan's Version Of Panem

Others Actors That Could Be Represented Digitally

What actors might you like to see come back to life on screen? You may have several favorites that are no longer living, but AMC Theaters offers its 50 Greatest Actors by fan votes) list for a start. Several in the top 50 are living still, but the deceased among them are the following:

Right now, Tom Hanks has the Number One slot and Johnny Depp is at Number 50. You can vote for your favorites at http://movies.amctv.com/movie-guide/the-50-greatest-actors-of-all-time/. Phillip Seymour Hoffman is not yet among them.