I Have Lived a Thousand Years: Growing Up in the Holocaust by Livia Bitton-Jackson

As far as books written about people who went through the Holocaust, I would rank this book right up there with Night. I wish more people knew about this book.

Livia Bitton-Jackson was only 13 years old when she and her family were taken from their home in Czechoslovakia to Auschwitz, one of the most notorious concentration camps during World War II. Bitton-Jackson writes about her experiences during the Holocaust with such haunting clarity that you won't soon forget her story. I Have Lived a Thousand Years is not the only Holocaust memoir out there, but is is one of the most intense and well written one.

Anyone who is interested in Holocaust survivor stories. I do need to say that this book is very graphic and people should be cautioned that the subject matter and violence depicted in this book can be too intense for some younger or sensitive readers.

One More Time by Carol Burnett

Carol Burnett has always been one of my favorite actresses. She is so funny and personable that I was curious to read about her life. Carol Burnett starts her first memoir One More Time by saying that she would often tell her daughters about her childhood and they loved it. They would ask her to tell her stories, “one more time”. This is why she decided to call her book One More Time because she was putting down her story once and for all for her daughters.

What resulted was a book about Carol Burnett's early life living with her grandmother in California. This was the same grandmother that Burnett would tug her ear for at the end of each episode of The Carol Burnett Show. Even though this grandmother loved her very much, times were tough living on very little money. Carol recounts her early career and the love of performing that catapulted her to stardom.

Even if you are not familiar with Carol Burnett's work as an actress, this book has a lot to offer. Burnett's honesty is what makes this book one to read.

Fans of Carol Burnett will definitely love this book. People who like reading about Hollywood and rags to riches stories.

This book was so popular when it first came out that I didn’t want to read it. I was afraid it would be overly sentimental and unfunny. It is easy to see why I thought that. Growing up McCourt dealt with his father’s alcoholism, his mother’s depression and to top it off, spiritual abuse from his school. Add to that hunger and illness and this book could be very dark. To me, it was the opposite. In Angela’s Ashes McCourt recounted his early life with humor. Granted, it is not all fun and games and a laugh a minute, but Frank McCourt had a way of writing about very serious things while keeping his sense of humor. A humor I have to admit not everyone appreciates.

People who are interested in Ireland, spiritual abuse, or people who like using humor to overcome difficulties. This book might not be for everyone. Some people I have talked to about this book find it too difficult to read because they have been through similar situations. Maybe if you are not sure about the book, there are several excerpts online that you can try out before you commit to reading the whole thing. I would especially recommend going to Youtube and listen to Frank McCourt read excerpts from this book. 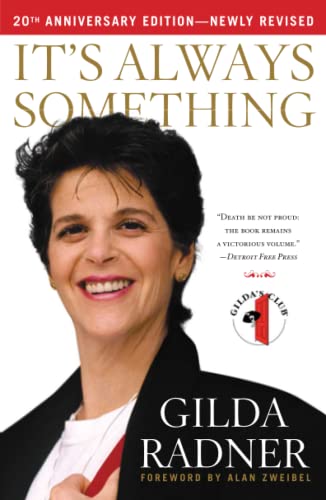 I Have Lived a Thousand Years: Growing Up in the Holocaust 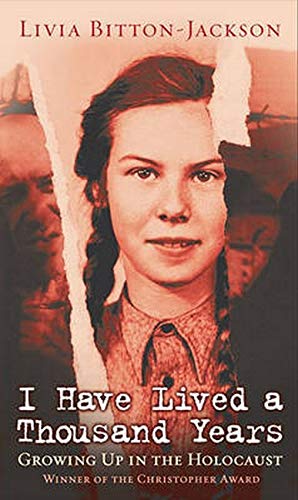 I Have Lived A Thousand Years: Growing Up In The Holocaust
Buy Now

It's Always Something by Gilda Radner

I wish more people my age and younger knew about Gilda Radner. She is most well-known for being in the original cast of Saturday Night Live. I first took notice of her in reruns of SNL. She was so adorable and funny that I wanted to know more about her. I found out she wrote a book about her battle with ovarian cancer so I decided to start there. This book was originally written as a survivor's story; Radner had and beat cancer so she was offered a book contract. As she was writing the book she found out that her cancer came back. So the book and her life was not quite what she had in mind and this is really what her book is about.

Fans of Saturday Night Live will definitely like this book. Gilda recounts her and her castmates success on SNL. She wrote about her relationship with John Belushi and his early death. People interested in cancer and cancer treatment. So many more. This is a book that every woman concerned about her health should at least think about reading.

Poll Question of the Hub

Which is your favorite of the following memoirs?

The Glass Castle by Jeannette Walls

Jeannette Walls was raised by two unstable parents all over the United States. In her memoir The Glass Castle Walls details what it was like to grow up with parents who are more interested in being childlike. Though Walls had a rough upbringing she realizes how it shaped her into the strong person she became as an adult. It is an amazing story of resilience and forgiveness.

Anyone who has or has had a difficult relationship with someone in their family. (Am I the only one who thinks this includes everyone?) Fans of survivor stories and stories of forgiveness.