I've finally found something positive about this date, the birth of my dog Bella in 2009.I added some pictures of her to my blog to celebrate her third birthday. But, the original significance of that date is what follows, and what continues to haunt me. 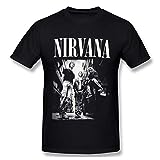 For my grandparents, it was the attack on Pearl Harbor. For my parents, it was the assassination of President John F. Kennedy. For me, the first of these events anyway, was the death of Kurt Cobain, which occurred sometime during the day of April 5th, 1994.

While, in the grand scheme of things this event was not as traumatic as the Challenger Explosion (which I was far too young to really understand) or as culturally significant as the Attacks on 911, it was a defining moment in my adolescence. It served as my first brush with mortality of someone who was young and was a major influence in my life and the world.

The date was April 8th, 1994. I was a birthday party with my friends from school at the home of a local state senator (who’s child I went to school with). I was in eighth grade: thirteen years old. To that point, the day had been a maelstrom of junior high hijinks: Spin the Bottle, freeze tag, flirtations and alcohol free libations. I remember one girl, Jennifer, frequently tackling me. I liked having a girl on top of me. I’d never experienced that before.

I was sitting on a porch outside, next to a fire place, which may or may not have been lit. It was an early spring day in Oregon City, Oregon, with air that was struggling to warm itself against a blanket of overcast oppression. I was wearing a red flannel shirt, ripped blue jeans and tennis shoes. I looked every bit the part of the grunger I was striving to be. The lady of the house handed me the telephone. This, of course, was before the prevalence of cell phones so to reach someone in absentia, one would still use a home phone.

“Hey, Justin. Are you havin’ fun?” It was my mother. Her voice sounded a little odd.

“I’m sorry to damper the mood. I have some bad news for you.” Instantly, my mind ran the gambit of possible things that could qualify as bad news. I assumed death was a factor. Did one of my siblings die? A grandparent? An aunt or uncle? The dog? These would have all been terrible things, but, the words that came out of her mouth next, I was unprepared for. They threw me into a spiral of confusion, grief, melancholia and shock that took me months—perhaps even years—to get completely over. “Kurt Cobain died.”

Now, certainly, anyone who is or was familiar with Kurt Cobain, the lead vocalist and sloppy guitarist of the 90’s grunge band Nirvana, would know his death was not a complete shock. He was well known for his consumption of copious amounts of drugs—mostly heroin—and had even spent a few days in a coma in Rome from an overdose the previous month. But, still, you don’t expect a 27 year old man, the reluctant spokesperson for a generation of morose, flannel clad teens, the Father of Grunge, to ever really die. Rock stars were immortal beings. I swallowed hard. “What happened?” I asked.

“He committed suicide. He shot himself,” I sensed a small, barely concealed amount of joy in her voice, though I also knew she was trying to be sensitive to my feelings. My mother did not like me listening to Nirvana. She classified them correctly as loud, vulgar, liberal rock stars. She didn’t like that he was supportive gay rights, that he was a junky, that he frequently said words like “fuck”, “shit” and “piss”. She didn’t like his negative perceived negative influence on me. She didn’t like that he was one of the reasons that I really picked up the guitar and started writing crappy songs and depressing poems.

But, she also loved me. She knew I made good choices and had good moral character. She remembered how she grew up listening to the Beatles and how her mom, an Elvis fan, loathed the “Long Hairs from Liverpool.” She could relate and understand my desire to enjoy something uniquely my generation’s own and uniquely obnoxious to adults. Perhaps she was hopeful that his influence on me and my fascination with him would fade with his death.

I hung up the phone and began to think. How could someone who was rich and famous and had a new baby at home, had everything that I wanted in life, be miserable enough to kill themselves? Where was the hope for happiness if he couldn’t be happy? This man, who was not really my peer, but seemed to understand me on so many levels was now lying in an empty shell in a morgue some one hundred and eighty miles north. I spent the rest of the party in a haze of melancholy as I shared the news with my friends.

I’d had my JFK Moment.

Another HUB I Wrote on Kurt Cobain

have you had a similar JFK moment?

were you affected by Kurt Cobain's death? 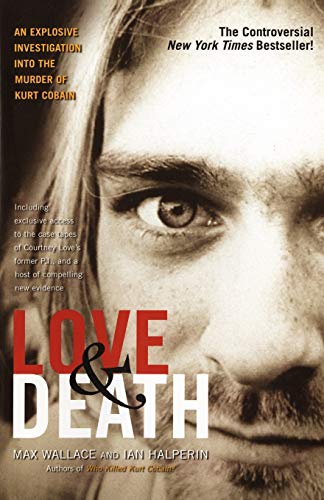