My Struggle Writing an Epic Fantasy Novel: Knowing Your Calling

M. T. Dremer is the author of four novels and received a bachelor's degree in creative writing from Grand Valley State University.

Another thing I didn’t anticipate when I first started writing fantasy was an intense personal struggle between the value of genre fiction versus the value of literary fiction. Anyone who has read my writing before will probably be familiar with this struggle, but it boils down to this: is genre fiction as important, intelligent and valuable as literary fiction? Genre fiction stories are the more popular types of books (fantasy, science fiction, horror, etc.) and literary fiction is the stuff you generally read in school; think of books like To Kill a Mockingbird, The Great Gatsby and Of Mice and Men. The latter is what we tend to regard as ‘good writing’ whereas genre fiction tends to be thought of as afternoon reads without much value after the turn of the final page. This mentality was built into me at a very young age to the point that I felt all of the short stories I wrote for school had to be based in reality, otherwise they weren’t worth writing. It’s odd that I thought this way considering I loved reading and watching more fantasy oriented stories. I wasn’t able to break this mold until high school when I wrote a story about a man who became infused with steroids and soda pop to become a weird monster that attacked his colleagues. The story wasn’t all that great, but it helped me realize that writing speculative fiction (things that just aren’t possible) was possible.

I wrote pretty happily after that point, secure in the idea that I was finally writing what I wanted to write and was reading some pretty good literature about it. It wasn’t until I enrolled at a four-year university that I started questioning myself again. I had spent three years at a community college where my love of fantasy was encouraged, but as soon as I started at the state university, it was clear that genre fiction was out and literary fiction was in. I spent years reading literary fiction and hearing endlessly about its merits and endless interpretations. Not only that, but in the writing classes I was enrolled in, students were writing primarily literary fiction, with the occasional genre fiction story treated like a joke when peers would edit it. There were some exceptions to this rule, as there always are, but the stigma was unmistakable. Genre fiction was ‘cute’ but it wasn’t serious literature. 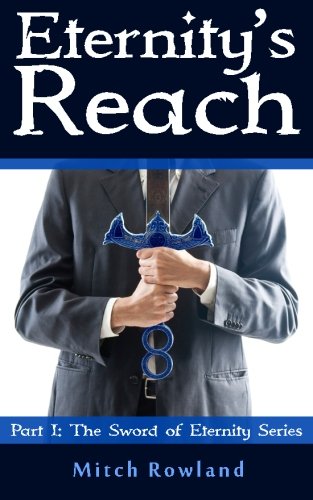 Other fantasy authors might not have as big of an issue with this as I did, but over and over again I questioned if what I was doing was mere fluff or if I was actually writing good literature. It wasn’t until after I finished at the university that teachers and classes began to embrace genre fiction slightly more. I think that a lot of the misconceptions about genre fiction come from generalizations. If you walked up to a literature professor and told them about a really thought provoking book involving orcs, he would probably laugh at you. It doesn’t matter if the book really is thought provoking, it has been tainted because it stars orcs instead of humans. Okay, some professors might still read it, but I met a few who would absolutely have refused. Many people think of genre fiction as the endless shelves at a used book store with title after title of romances with burly shirtless men on the cover. Or in the case of fantasy, elves, elves and more elves. But that does not define the genre, it is merely the face that is most often applied to it. Literary fiction just happens to have the luxury of having its generalized face be something people think is good anyway. Just because it’s literary fiction doesn’t mean it’s good, and just because it’s fantasy doesn’t mean it’s bad. Every genre has the same potential for greatness, and I would argue that every genre has exceeded its potential on equal levels to other genres. There is no one best genre; literary fiction does not deserve a free ride just because professors say so. Each book has a chance to prove itself to you, and every book should be given that chance.

So if you’re a new fantasy writer or a seasoned fantasy writer, never doubt your genre. If you enjoy writing in it, then you know that it has value. Don’t worry about what other people will say because your words will inspire and enchant other readers just like yourself.