Percy Byssche Shelley and the Victims of the Summer of 1816

Horror fans would know that the idea for Frankenstein came to Mary Shelley during the summer of 1816. Literary buffs who have no life (like yours truly) would know that, at the same time Mary Shelley started writing Frankenstein, John Polidori wrote The Vampyre, the first English story in the vampire genre. What very few people know is how many people died as a result of the behavior of Percy Byssche Shelley and several others during the summer of 1816.

In 1811, Percy Shelley eloped with and then married a young girl named Harriet Westbrook. The marriage was completely unhappy and Shelley was soon shopping around for love. He found it in abundance in the dysfunctional Godwin family. William Godwin was a major influence on Shelley’s political leanings. Shelley returned the favor by making love to not one but three of Godwin’s daughters.

Claire Clairmont was William Godwin’s stepchild. The future Mary Shelley was his biological child. Godwin also raised Fanny Imlay, the illegitimate daughter of Mary’s mother. Shelley’s romance with Mary is the most famous. But he did indeed toy with the affections of the other two as well.

After a brief romance, Percy Shelley’s rejection of Fanny Imlay was the first in a long line of events which pushed her over the brink. Claire Clairmont was not overly broken up when her turn came as Shelley essentially threw her into the waiting arms of Lord Byron.

Claire was an aspiring actress and met Byron after she had briefly run away from home. They began an affair which resulted in Claire introducing him to both her sister and to Percy Byssche Shelley.

In 1816, Lord Byron and his physician John Polidori invited lovers Shelley and Mary to Villa Diodati. Claire came along hoping to trap Byron into a more committed relationship. This summer was wild, not only for the sex and the drugs enjoyed by the five delinquents, but also because of the weird atmospheric things going on as a result of 1816 being the year without a summer. During April of the previous year Mount Tambora erupted and caused the atmosphere to be clogged with ash to the extent temperatures and climate patterns changed during 1816. The dark stormy weather created a perfect gothic setting. One night, Byron suggested a story writing contest which resulted in the creation of both Frankenstein and The Vampyre.

Claire never had the relationship she wanted with Byron. After the summer of 1816, she moved in with Mary. Mary had started living with the still-married Percy Byssche Shelley, an action which set in motion a long line of scandals and tragedies.

Harriet Westbrook and her unborn child died after Harriet threw herself into a lake in London’s Hyde Park. Percy Shelley and Mary Godwin married on December 30, 1816, a mere 20 days after Harriet’s body was discovered.

Fanny Imlay after being ignored by Shelley and forgotten by William Godwin, who was occupied with fuming over the escapades of Mary and Claire, committed suicide by drug overdose on October 9, 1816.

Allegra Byron was born on January 12, 1817. She lived for awhile with her mother, Claire, who was at that time mooching off of the Shelleys. Mary in effect threw them out when she worried Claire was once again trying to romance Percy. Allegra was sent to Lord Byron who placed her in a convent where she died of typhus at the age of five. Claire blamed Byron for her child’s death and became a wanderer. 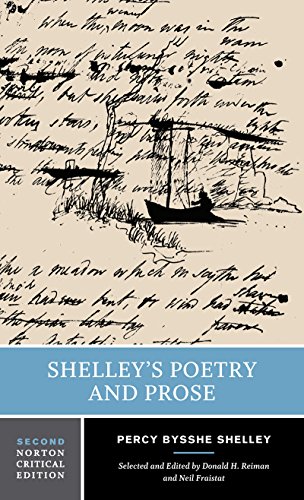 Shelley was not entirely without remorse for the chain of events he had caused, albeit indirectly. On learning of Fanny Imlay’s death he wrote a short yet extremely poignant poem which includes the lines:

Her voice did quiver as we parted,

Yet knew I not that heart was broken

From which it came, and I departed

Heeding not the words then spoken.

Shelley also felt at least partially responsible for Allegra Byron’s death: He claimed he saw a vision of her rising up out of the sea shortly before his death during a boating accident in 1822.

Who do you think was the most responsible for the deaths caused by the summer of 1816?