Pooh wakes up one rainy day in Hundred Acre Wood and realizes he has forgotten who he is.

Pooh's question 'Who am I' has taxed many. But I am sure their answers didn't arrive through honey pots and puddle-jumping, puzzling signs and flying piglets, buzzing beehives and mossy bottoms. For such is the journey Winnie the Pooh has had thus far. Every Journey, however small or long, will eventually come to an end. So here we are ,dear reader, (nearly) at the end of this journey. There may be other journeys of course.

This journey has to be read to be enjoyed, dear reader, in all it's entirety, as succinct summaries don't always do it justice.

For those who have been following this journey all along, welcome back, and thanks for your company. This journey has been enhanced by your following.

Whether you are new here or have been coming all along, for your delectation, these prior preparations of Pooh-lore are only a click away on the right.

Sometimes it is good to look back before going forward.

In Which Pooh declines Poohsticks

Pooh heard the shout “Pooh, Pooh!” and looked up. He saw the bridge across the stream and saw his friends standing behind the wooden slats and waving. Pooh felt a weight lifting from his heart. Piglet was safe. He could see him squeezed tightly between Tigger and Rabbit, waving frantically. “Come up here” they all said.

Pooh stood at the edge of the stream and watched the water run fast. Little leaves, twigs and even a half eaten fruit floated past and the gurgling noise was soothing. He sat down on the bank and picked up a flat little stone.

“Pooh!” he heard Piglet’s voice. “I lost you when the wind blew. It lifted me right above the trees and dropped me in the stream. I was soaking wet. Good job Tigger and Rabbit and Eeyore were up on the bridge. They fished me out.”

“Well done.” said Pooh absently. It wasn’t clear if he was saying that Piglet did well to get rescued or the friends did well to rescue him.

He wondered why pulling piglet out was ‘fishing’ him out - shouldn't it be ‘pigging’ him out?

“Are you coming up here? We were about to play Poohsticks. But we have a problem. Will you settle it for us? Tigger says throwing is ok. We think we should always drop. Please Pooh, You know the rules better than all of us.”

Pooh weighed the stone up in his hand and examined it closely. He then heaved his shoulder back and flipped the stone across the surface of the stream. The little stone skipped once, twice and then three times before sinking with a glub and a blub.

“No. Throwing is not ok. You need to drop. Throwing will be cheating” 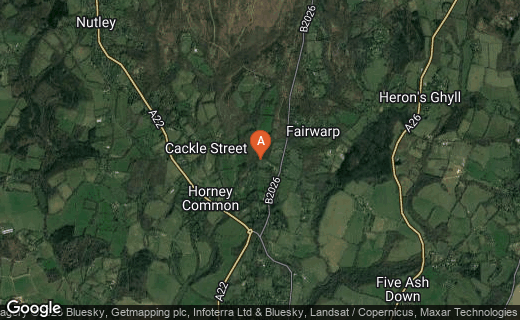 In which Pooh invents a new game

Piglet let out a ‘I told you so’ squeal. Tigger grumbled. Eeyore just, well, Eeyored.

“However,” said Pooh. He liked saying ‘However’. It had a certain air of superiority. “In my new game, throwing is the only thing that will work. Dropping will make one disqualified. Just the opposite of Poohsticks”

The friends shouted out excitedly “What new game?”

Pooh pondered for a moment. One would think when the brain is little, it will be easier to get the thoughts out as they don’t have to travel far. However (Yes, I like saying that too) it takes longer for thoughts to emerge. It’s not the distance that counts, when it comes to thoughts, apparently.

Pooh muttered under his breath. “Well, if a game where one throws sticks upstream and runs across to watch them come downstream is called ‘Poohsticks’ I would have to call this one ‘Poohstones’ because I am skipping stones”

He lifted another stone, weighed it in his hand and then skipped it right across again. It felt good. This time the stone went once, twice, three and four times before sinking.

As he was about to shout out the new game’s name he watched a yellow feather float past, slow, sure and sunny.

There was something about the way the feather floated past brought a song to Pooh's head and his heart. Not all songs come together from the head and heart. But when they do, they do mean more than if they come from either on their own.

Not all songs come together from the head and heart. But when they do, they do mean more than if they come from either on their own...

In Which Pooh sings the 'Skip, Skip' Song

Ride is over in a blink

They skip if thrown

Shouldn’t we stop to dream

Ride is over in a blink

Far away it goes

In Which Pooh receives a Final Clue

As he watched the feather float past something happened in his little brain. He decided to break convention. Just because something sounds logical, doesn’t always make it appealing. It won't be Poohstones, he muttered to himself.

“I am going to call this new game 'Poohskips'" he shouted out loud. There was the sound of a lot of chatter and a celebratory noise from the bridge. The friends sounded thrilled at the prospect of playing a new game. Poohsticks, exciting though it has been, was getting a tad repetitive.

“I am not playing today. I need to get back home” With that Pooh stood up, waved to his friends and walked onto the path.

He heard the pitter patter of little feet as Piglet ran to follow him.

"I forgot to tell you" said Piglet, breathless as he ran to catch up with Pooh.

"You know when we didn't know who Mr Sanders was and you wondered why that name was on your house?"

"I remember Owl telling me that somewhere in the house, there's a clue."

Piglet pulled his scarf closer around his neck. " but you weren't looking for it."

Pooh thought about his day so far. He had spent pretty much all day wondering who he was. He thought perhaps this clue will give him the final piece of the puzzle.

"Thank you Piglet. You're a very good friend"

The sky was getting orange and purple as the sun started to dip. The wind was now neither fast nor slow, just a steady breeze. Pooh trotted along the path back to his home. His little brain was full of thoughts, clues and ideas about the question that had been bothering him.

"Shall I come along to help you find this?" came Piglet's voice.

"No, thank you Piglet. You go and have a rest." Pooh felt this was something he had to do on his own.

Piglet reached with his little hand and touched Pooh's elbow. It was a small hand and a brief touch, but it made Pooh feel much, much better. Piglet went off on his way.

As Pooh reached the corner around his house, the song that has been playing all through the day came to him again. Pooh hoped this this was the last time it played in him. He hoped that he would soon know the answer.

Piglet reached with his little hand and touched Pooh's elbow. It was a small hand and a brief touch, but it made Pooh feel much, much better.

He reached his door as the song came to an end. Pushed it open and went back home where it had all started this morning...