Making her way home from school, Janet Jefferson squints as the afternoon sun pierced through her eyes. The trees were void of leaves with the Winter air striking a chill at her face. She is a high school student who is about to graduate in a couple of weeks. With no friends to walk with her, and it was like that all throughout her school years, she kept to herself wondering where life would take her in the coming years. She has always been a loner, except for her family who she sometimes enjoyed spending time with. It never really bothered her though; she never needed any friends to keep her company. As long as she has her imagination and her family, that is all that matters.

There were other kids who wanted to become friends with her. These kids came and went through the years as she advanced her way through school. They would try talking to her, but not wanting to communicate with any of them she simply ignored them. Of course there were some hard-to-get-rid-of people. These people would hang around her even though she wasn't talking to them. Every word coming out of their mouth was met with silence. These were the people she had to get creative with in order to be left alone. Won't stop talking? Well a smile and a sentence discussing her current bowel situation usually did the trick. And if that didn't work she would look the yapper in the eyes and breath heavy. No words, just heavy breathing with her mouth hanging open. These awkward scenarios gave her the reputation of a nut case, and this worked out in her favor because the bullies of the school would leave her alone. There was no way they were going to mess with a kid who sits alone at lunch time eating the same nutrient packed meal everyday, a single pudding cup and a pickle.

Walking along the same route she always takes when she goes home, she comes to the gate that always catches her attention. There is a sign posted on it.

This gate has always been here since she could remember, always closed with that sign hanging there warning her to keep out. She would occasionally stop in front of it and lean on the green metal or the old wood. Her hands would hold her head in place as she gazed beyond the gate, into a place that was forbidden to set foot in. What in the world could be beyond this gate? What kind of world is over there? Those questions would always run through her mind while she stood here. In front of her, a small cloud comes from her lips showing how cold the temperature was. This didn't bother her because of the longing she had to pass this gate. To enter the unknown discovering a world that could be full of surprises. Being cold was the last thing on her mind.

Her eyes see a small trail which leads off into the distance. A sharp curve takes it to the right out of her view. The leafless trees were many, and she found herself wishing for a chainsaw to cut them all down. Standing there with her arms now dangling over the green gate, she thought about all of the possibilities awaiting her beyond. She imagines finding gold, or even better, she could find a unicorn.

I should just climb over this gate and go see, she thought. But decided against it considering the sun is going down and the air is getting colder.

She let out a sigh as she turned to leave her favorite place. Maybe one day she'll take the plunge and discover something that would change her life forever.

A few steps later she stops when she hears something strange. From behind she can hear a little girl giggling at her.

She turns with caution as her breath cloud makes a half-circle around her head. The air was even colder than before. Looking past the gate she sees a strange looking little girl who appears to be around the age of five, or six. She was wearing a white dress with white shoes, and her entire appearance seemed to be white in color. It was as if she was illuminated in white. All white, except the bow on her head. That bow was dark red which had a glow to it. It almost looked drawn on. Looking at this bow a flash of blood came into her mind. An image that showed blood being thrown in her face. A split second later it was gone.

Janet thought about running home just to get away from this strange ghostly girl. But she felt a strange pull toward her, like she had no choice but to follow her into the woods behind the gate.

Maybe I shouldn't go over there... she thought. It was too late as she saw her feet landing on the other side of the green gate. The ghost girl waved for her to follow, and she did.

"Heh-heh-heh," she was smiling at Janet while motioning to her. The dark red bow on the girls head kept her attention while she followed. Why was its color more vibrant then the rest of the ghost girl? Why was it so red? Looking back over her shoulder, Janet saw the road she was walking on. For some reason she felt as if she would never walk on that road again. Would this be the last time she would ever see it? The ghost girl was signaling her again with a giggle. She also talked.

The little girl skips ahead as Janet follows behind. She rounds the curve in the trail ahead leaving Janet's view. A second later Janet rounds the curve and sees the girl, along with the trail leading into a heavily wooded area where most of the trees still had all of their leaves. It was very calm and quiet in this area. It gave Janet the impression of paradise, like it was the only place she would ever want to be. She notices the trail ends up ahead inside of the surrounding trees. A large grassy area inside of these trees does indeed look like a paradise. In the center of this paradise sits a large boulder with a flat top surface that almost looks to have been cut.

Making her way over the boulder, she examines that strange rock. It's smooth to the touch and feels warm on this cold day. The side of the boulder shows strange markings made from chisels. They depict many people standing around the boulder with a person tied down on it's flat surface.

"What is this?" She said. The images on the rock created another splash of blood inside of her mind. She shook it away and decided it was time to leave. This wasn't the place she had imagined. No unicorn here, and so she turned to leave.

"Heh-heh-heh," came from the ghost girl. In front of Janet the little ghost girl stands at the entrance to this grassy area, the only way out. "You’re not going anywhere,” the little girl said. Her pale white color grew extremely bright, and the dark red bow starts to drip blood onto the ground. With tears in her eyes Janet now wishes that she would have never set foot over that green gate.

The ghost girl began to skip forward with blood dripping fangs peaking out from her lips. She was hungry, and Janet was on her menu.

“Skip, skip, I skip to you…” The little girl was singing.

“Heh-heh-heh,” she laughs as she vanishes into thin air. Janet could feel the blood oozing down her neck.

I have to get out of here... She thought to herself.

At that moment a small dark red bow appears on Janet's head. Her body, which was feeling weak from the bite, begins to to feel energized. Sitting up on the boulder more blood gushes from her bite. She sees the trees around her begin to blur as another flash of blood appears in her mind. With a gasp, and then a loud scream she leaps off of the boulder landing on the ground. The blood coming from her bite slows, and then stops. She reaches her hand up feeling for the wound only to find that it is gone. Looking at the blood on her hand she finds that her finger nails are now much longer, and her skin was now glowing a pale white. The dark red bow on her head sits nicely as she adjusts it with her bloody hand, and looking at her hand again, the blood is gone.

"I feel so much better," she said. She laughs at this with great joy. The fading memory of her family blinks out of her mind with the rest of Janet's old life. She no longer had to walk home from school anymore.

Cast your vote for Posted 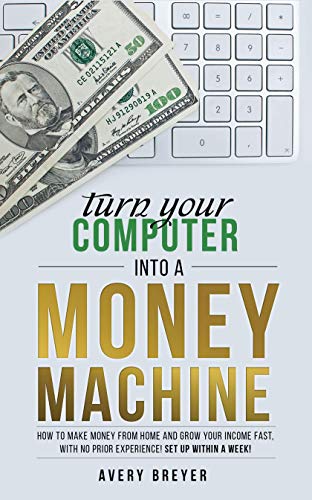 Turn Your Computer Into a Money Machine in 2020: How to make money from home and grow your income fast, with no prior experience! Set up within a week!
Buy Now