Pride and Prejudice: what young ladies of today can learn from Jane Austen's characters.

The genius of Jane Austen undoubtedly translated her personal family life into the life of the characters in one of her most beloved works - Pride and Prejudice. Her own relationship with her sister found its way into the relationship between Jane and Elizabeth Bennet. Her problematic inheritance dilemma has shown the weight it casts on the father. The role a marriage can play for a woman in 19th century England has created a background for the events that played out between well developed characters. Austen has many lessons for us to observe, and we will be better off if we pay attention. 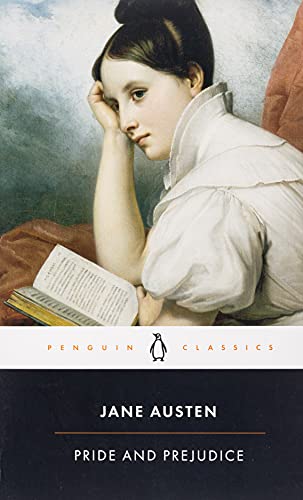 Lydia Bennet: a lesson on flirtation.

Think about your own values, and develop your own character.

Young girls should pay particular attention to the character of Lydia Bennet in this story. As the times have changed, teenage girls have changed, but a certain element of an overly flirty young girl, who is incapable of seeing that her actions go against her own best interest, has remained. The mistakes Lydia Bennet's been making in Pride and Prejudice 200 hundred years ago, are quite similar to the mistakes high school girls are making today. Her silliness and her lack of attention to high moral values are simply a sign of immaturity, but at the same time, they bare very real consequences, not only for her, but for the people around her.

Can you find happiness when only the materialistic and frivolous enters your mind? Can you find love with a man of good character, when you are filled with foolish concerns? Jane Austen answers for us, and the answer is "no". Despite Lydia's seemingly happy development, the older reader sees that her marriage will not be a happy one, and her relationship with her husband is based on an illusion. By no means do I think that a marriage should be a goal of every young woman, but so many of us yearn for love, and one cannot find it, unless she is willing to pay attention her own character.

Kitty Bennet: a lesson on friendships.

Choose your friends wisely, and do not follow them blindly.

So much of what Lydia has to offer in her lessons to us we can also see reflected in Kitty's words and actions. Of course, there is more than just mere friendship between Kitty and Lydia. They are sisters, after all. However, their relationship can easily be translated into a friendship between two young girls. Consider your own friendships. Do you choose to lead your relationships? Do you choose to follow? Is your own character strong enough to withstand poor influence? Do the friends you choose lift you up, or bring you down?

What does it mean, to be "an accomplished young woman"?

Elizabeth Bennet is not perfect. She does not read people well, and she judges more than she should, but she is a thinking young woman. She cares about her family, strives for perfection in her relationships, and sets high standards for herself and those around her. She will not settle. She is not naive about her situation, and maybe that's why her refusal to Mr. Darcy's proposal is one of my favorite parts. How confident one must be to take such a step under her circumstances! With all of her faults, she is still well worth looking up to, even if she is a fictional character. I can imagine Jane Austen envisioned herself as she wrote Lizzy's character.

Caroline Bingley: arrogance and cattiness get you nowhere.

You cannot find happiness in a relationship if you do not treat others well.

One of my most favorite parts in this book is the scene in where Miss Bingley is putting down Lizzy, and is hoping Mr. Darcy will join in on the fun. Yet, Mr. Darcy does the exact opposite, he comes back with, "...it has been many months now since I have considered her one of the handsomest women of my aquaintance." What Miss Bingley, and so many others, do not understand is you can never gain the respect of person of noble character unless your character is also kind and generous. Miss Bingley's arrogance has brought her nothing, but momentary satisfaction of pointing out flaws in another woman. Was is worth it?

What makes an excellent partner.

Every girl deserves to find her own Mr. Darcy. What exactly makes him such a great partner? Oh, where to begin. Intelligence is attractive, so is confidence, but what makes Mr. Darcy truly irresistible is the way he is willing to set aside his pride for the woman he loves. What a gesture on the part of Mr. Darcy to settle the debts of a young man who has shown no respect to him in the not so distant past. Arguably, this is one of the most difficult things to do in life - to help out someone who mistreated you in some significant way, and expect nothing in return, except the happiness of a woman you love. Some will say there aren't any men like Darcy left in our day and age, but I beg to differ. They are there, and we simply have to be willing to look for the signs that indicate generous, honorable nature in a partner.