Father's Day is a celebration of that special person in your life you call Dad . Unlike Mother's Day, Father's Day wasn't an official holiday until the 20th century.

In 1909 at a Mother's Day sermon, Sonora Dodd decided to hold the first Father's Day celebration in Spokane, Washington on June 19, 1910 to honor her father, William Smart, a Civil War veteran and single father.

William Smart's wife died during the birth of their sixth child, leaving him to raise five older children and a newborn alone on a farm in Washington state. Sonora wanted to honor the man who raised her and five siblings, selflessly giving of himself for his children.

In 1966 President Johnson signed a proclamation declaring the 3rd Sunday of June as Father's Day. President Nixon signed the law in 1972, making it a permanent holiday.

~ I'm so ugly - My father carries around a picture of the kid who came with his wallet. ~ Rodney Dangerfield 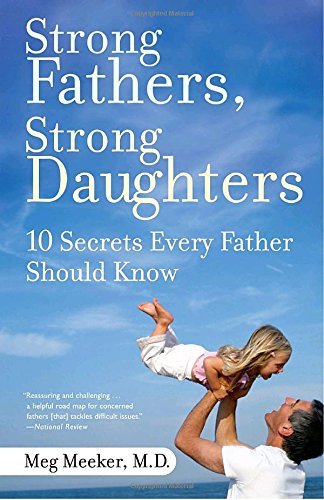 ~ Any man can be a father, but it takes a special person to be a dad. ~ Proverb

~ A bad father has never a good son. ~ Latin Proverb

~ A greedy father has thieves for children. ~ Serbian Proverb

~ It is a wise father that knows his own child. ~ William Shakespeare

~ One father is more than a hundred schoolmasters. ~ George Herbert

~ My father was often angry when I was most like him. ~ Lillian Hellman

~ Becoming a father is easy enough, but being one can be very rough. ~ Wilhelm Busch

~ By the time a man realizes that maybe his father was right, he usually has a son who thinks he’s wrong.~ Charles Wadsworth

~ Every father should remember that one day his son will follow his example instead of his advice. ~ Author Unknown

~ A father is a fellow who has replaced the currency in his wallet with the snapshots of his kids. ~ Author Unknown

~ I remember the time I was kidnapped and they sent a piece of my finger to my father. He said he wanted more proof. ~ Rodney Dangerfield

~ My father used to play with my brother and me in the yard. Mother would come out and say, "You're tearing up the grass"; "We're not raising grass," Dad would reply. "We're raising boys". ~ Harmon Killebrew

~ Fatherhood is pretending the present you love most is soap-on-a-rope. ~ Bill Cosby

~ The arrival of a baby coincides with the departure of our minds. ~ Bill Cosby

~ Having a child is surely the most beautifully irrational act that two people in love can commit. ~ Bill Cosby

~ Always end the name of your child with a vowel, so that when you yell the name will carry. ~ Bill Cosby

~ If the new American father feels bewildered and even defeated, let him take comfort from the fact that whatever he does in any fathering situation has a fifty percent chance of being right. ~ Bill Cosby

~ A new father quickly learns that his child invariably comes to the bathroom at precisely the times when he's in there, as if he needed company. The only way for this father to be certain of bathroom privacy is to shave at the gas station. ~ Bill Cosby 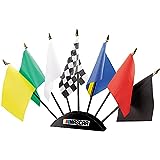 ~ A man knows when he is growing old because he begins to look like his father.~ Gabriel García Márquez

~ The older I get, the smarter my father seems to get. ~ Tim Russert

~ And my dad, you're a great actor but you're a better father. ~ Angelina Jolie

~ I cannot think of any need in childhood as strong as the need for a father’s protection. ~ Sigmund Freud

~ My father was always getting excited about something. It's genetically inside me somewhere. ~ Nicolas Cage

~ Sons have always a rebellious wish to be disillusioned by that which charmed their fathers. ~ Aldous Huxley

~ My son is my son till he have got him a wife, But my daughter's my daughter all the days of her life. ~ Thomas Fuller

~ I've had a hard life, but my hardships are nothing against the hardships that my father went through in order to get me to where I started. ~ Bartrand Hubbard

~ My mother protected me from the world and my father threatened me with it.~ Quentin Crisp

~ The father who does not teach his son his duties is equally guilty with the son who neglects them. ~ Confucius

~ Never raise your hand to your kids. It leaves your groin unprotected. ~ Red Buttons

~ Fathers, be good to your daughters. You are the god and the weight of her world. ~ John Mayo

~ He didn't tell me how to live; he lived, and let me watch him do it. ~ Clarence Budington Kelland

~ It is not flesh and blood but the heart which makes us fathers and sons. ~ Johann Schiller

~ The most important thing a father can do for his children is to love their mother." ~ David O. McKay

~ Why are men reluctant to become fathers? They aren't through being children.~ Cindy Garner

~ Sons have always a rebellious wish to be disillusioned by that which charmed their fathers. ~ Aldous Huxley

~ There must always be a struggle between a father and son, while one aims at power and the other at independence. ~ Samuel Johnson

~ A man's desire for a son is usually nothing but the wish to duplicate himself in order that such a remarkable pattern may not be lost to the world. ~ Helen Rowland