If you are a teacher and looking for books for your class you might want to check out Luanne Griffin's Book-"The Dream Traveler and the Crystal Berries".

Here is an expert of chapter 1::

It was a hot August summer night and the crickets were chirping loudly with the faint sound of a faraway train in the background. My best friend Sarah and I were supposed to be sleeping out in my family camper. The old camper was parked in our backyard, but instead of sleeping we were walking around the neighborhood on what we called “a middle of the night adventure.” If we got caught we definitely would have been grounded or never allowed to have a sleepover in the camper again.

I was twelve years old and Sarah was turning twelve in a few months. I had straight auburn, brown hair that was bleached from swimming and the sun. My hair was half way down my back with big brown eyes, my family often referred to me as “skinny.” Sarah had dirty blond curly hair that fell just a bit past her shoulders. She had pretty green eyes, dimples, and was slightly bigger boned than I was. We had known each other since kindergarten and were best friends ever since.

Our big adventure was only to raid a garden in the middle of the night. We had heard the older kids from the neighborhood talking about it and it sounded like it would be a lot of fun. Earlier during the day, we had found a garden that was located about two blocks away. It seemed to be full of stuff so we decided to give it our own name and call it “The Garden of Plenty.” We had heard that an old woman lived there with her mute grandson. I had seen the old woman before hanging out her laundry on the clothesline, but I had never seen her grandson. The old woman always wore a scarf on her head with some strands of gray hair that poked out and she always wore a dress with a stained apron over it. There were many gardens in our neighborhood but hers was the one that we wanted to check out.

On our way to the garden, we saw the neighbors Mr. and Mrs. Wilson driving in their rusty, noisy, old green pick-up truck. I pulled Sarah into some nearby bushes to hide, she yelped and we giggled as they drove by. It looked as though Mrs. Wilson had spotted us but they continued driving. After all was clear we ran all the way to “The Garden of Plenty” which was located at the end of a dead end street across the train tracks.

It was really dark; we noticed that two of the streetlights were burnt out on the short street. We quietly opened the dingy, creaky, white broken gate that lead to the garden. The garden was a fairly big, but it was sort of creepy looking and it gave off a mysterious but lonely feeling. It had many vines that seemed to have no end to them with a few antique looking broken lawn statues that sat randomly throughout the garden. 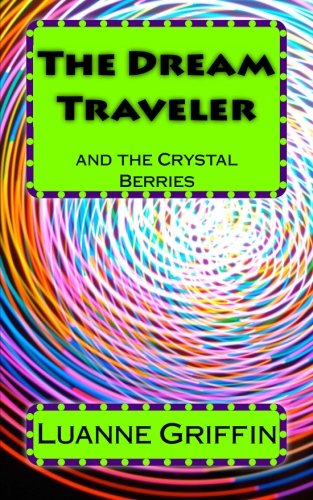 The Dream Traveler And The Crystal Berries
Buy Now