Photos About Things and Events in the Book

A Review and Recommendation for The Poisonwood Bible

I highly recommend this book by Barabara Kingsolver to anyone who likes a great story that can open your eyes to a history and culture that many have not had the opportunity to know. The book was published 14 years ago, but it deserves another review. I picked up the novel after noting a list of recommended books to read by Stephen King, as mentioned in his book "On Writing."

The harsh realities of the Congo (now the Democratic Republic of Congo) and its formation are laid bare in this fictional-historical novel as seen through the eyes of a missionary's wife and her four daughters. The main themes of the book revolve around differences between cultures, cultural exploitation and survival. The book's characters are swept up by events related to United States government involvement in Congo politics during this era. The historical data in the book comes from the work by Wall Street Journal investigative reporter Jonathan Kwitney, which is referenced below.

Nathan, the Baptist missionary husband and father, is strong-willed and hard-headed. He brings his family to the Congo based on his domineering concept of God and his personal need to not fail at something. In his domineering manner, he tries to convince the members of the village to be baptized in the waters of the local river, but the mothers are not about to feed their children to the crocodiles who live there. His lack of an understanding of the culture is contrasted with the former village missionary, Brother Fowles, who has stayed in the Congo and visits the town one day bearing gifts and showing compassion for the ways of the villagers. Nathan does not learn from the villagers or Brother Fowles, and he ends up being castigated by the villagers in a public vote in the church. His life also ends as a result of villagers blaming him for the death of several children at the hands of a crocodile.

Belgian Troops in the Belgian Congo, 1916

The Exploitation of the Congo by Belgium and the United States

During the time of colonial rule by Belgium (1908-1960), the Congo was found to be a resource for generating wealth through rubber production and the mining of various minerals. After the peaceful relinquishment of control by Belgium in 1960, there was a democratic election. The elected prime minister, Patrice Lumumba, had been kept as a political prisoner before the election for his efforts towards independence. Recognition of the value of mineral resources in the Congo is believed to have been the motivation for Lumumba's assassination in 1961. External influences interested in these resources, particularly the United States, are believed responsible for his death and the later installation of the corrupt Mobutu regime which paralyzed development of the country.

Survival as a Theme

The political conflict and the reign of Mobutu made difficult circumstances worse, as told primarily through the daughter Leah, who married a Congolese. Mobutu's government didn't pay many of his employees, like teachers and postal service workers, so the only way to get anything accomplished was through bribes. Starvation and lack of protein in people's diets were common. This was added onto the lack of medicines and sanitation which caused many deaths. Human life was valued much less than that of natural resources in the Congo which could be exploited. In addition, they encountered a horde of ants, malaria and parasites along the way. Imprisonment and death were also a real possibility for those involved in political activism.

Quotes from The Poisonwood Bible

"We aimed for no more than to have dominion over every creature that moved upon the earth. And so it came to pass that we stepped down there on a place we believed informed, where only darkness moved on the face of the waters. Now you laugh, day and nigh, while you gnaw on my bones." - Orleanna, the mother

"Illusions mistaken for truth are the pavement under our feet. They are what we call civilization." - said by Adah

"Tata Jesus is balanga" - A favorite phrase of the missionary Nathan, which can be interpreted to mean Jesus is poisonwood, a small tree or shrub that inflicts burns on the skin when touched. Nathan's God-linked ego gets in the way of real understanding of both the language of the Congo and with the people to whom he is supposed to minister.

"My colleagues accuse me of cynicism, but I am simply a victim of poetry. I have committed to memory the common rights of toads and men." - said by Adah

"Africa has a thousand ways of cleansing itself. Driver ants, Ebola virus, acquired immune deficiency syndrome: all these are brooms devised by nature to sweep a small clearing very well." - said by Adah

"The tropics will intoxicate you with the sweetness of frangipani flowers and lay you down with the sting of a viper, with hardly room to breathe in between." - said by Leah

Movie Trailer for The Poisonwood Bible 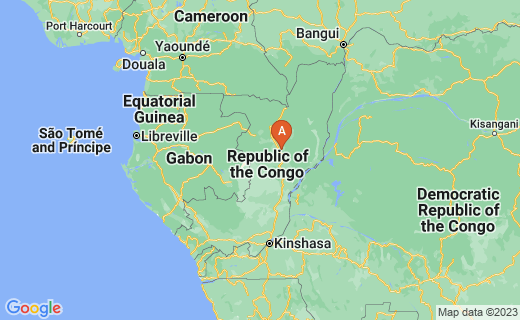