I’m not going to lie when I say that I love the movie Mermaids due in part to the quirky characters and one night after watching it, I wondered if there was a sequel to the book.

After all, there has never been a sequel to the movie and when I discovered that there was indeed a book sequel, I had to get it.

That was a couple of years ago and finally I did get around to reading it.

The year is 1991 and Charlotte Flax has decided to move back into the house that she once shared with younger sister Kate and her mother, Mrs. Flax in 1963.

After the school year ended in 1964, the Flax women leave Grove, Massachusetts and settle in various cities throughout the country.

Charlotte bids farewell to Mrs. Flax and Kate by setting up roots in their last known address in Eugene, Oregon. Kate and Mrs. Flax end up in different cities and eventually drift apart.

When Charlotte learns of the vacancy at the house, she packs up and heads back, in part for some type of closure to her youth, but she felt as though this was the best place where she felt normal and grounded.

At 42, she has never married, but does have an older son, Nick, who’s married to an older woman and has twin girls.

As the spring of 1991 is coming to a close, she has invited Mrs. Flax to come up where she’s going to throw her a 60th birthday party. Throughout the book, Mrs. Flax sends her postcards to the Labor Day party.

During the summer, she receives a mysterious aero gram (send to her Eugene address) from someone in England. Her thoughts drift off to her absent father, whom she has wanted to meet all of her life.

Unexpectedly, Kate shows up on her doorstep with her little boy and Charlotte takes them in.

Kate gave up swimming when she discovered boys and is politely referred to as “fast.”

Throughout the book, past references are mentioned and Charlotte is still feeling guilt over the night Kate nearly drowned.

Now adults, the girls are not as close as they once were and while the book centers around the upcoming party, things don’t always go according to plan.

As I read, I had hoped for a more satisfying experience and in the back of my mind I kept wondering why a filmed sequel never happened.

With the deaths of Bob Hoskins (Lou) and Caroline McWilliams (Carrie) I think a sequel could still be pulled off but it’s hard to say.

My only complaint with both books is the fact that there really isn’t a lot of dialogue and I’m not really a fan of the first person point of view.

In both books, I couldn’t really find what Dann was trying to accomplish as both border on Charlotte‘s loneliness and underlying depression.

I think we all experience both and reading of a fictional characters bought really isn’t my cup of tea since there was no satisfaction. 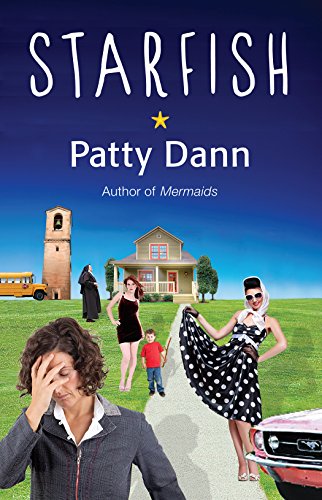