For some odd reason, while I was going through a book catalog, I came across this novel. It screamed, "turn me into a movie!" so, I decided I'd order it and was glad that I did.

In the last century when I was looking for reading material, the blurb promised this would be a good read and it is one of the best novels that I've ever read. I'm pretty sure that I've read it at least a dozen times.

Jesse James Colson arrives in Isthmus City on a warm summer's night after riding the bus. He's tired, hungry and carrying a loaded .38 in the waistband of his too tight jeans.

After visiting the bathroom, he wanders around the sleeping city and visits places that he's heard about. While wandering, he's approached by a transvestite in a subcompact car and asked if he wants a ride. Jesse turns him down.

The transvestite then offers him money for sex and since he needs the cash reluctantly starts to have sex with him. While the transvestite is having his way with Jesse, he pulls out the gun turning the tables on him and shoots him twice.

But Jesse's nightmare has only begun.

He takes the body and the car to an abandoned house where he stuffs the transvestite up the chimney, leaves the scene of the dump and then ditches the car on the highway, where he's picked up by a trucker and later raped.

He remembers that there was some scrawling on the bathroom stalls wall and after remembering the number calls it.

A year has now gone by and he's living with Simon Scales, as a sort of houseboy, but he is also working at Simon's gay bar as a bartender. Since Jesse is basically a stud, he does very well at the bar in tips and one night meets Will Gunther, an out police officer.

The two talk for a little bit and Will tells Jesse that the Isthmus City police are always hiring, especially people who are gay. Jesse ponders it over and thinks that this is the best choice for him.

Even though he has some baggage hanging over his head, he's afraid that he'll be found out about the murder and of his past which he's been trying to hide. He didn't come into Isthmus City as an angel and soon, his past will slowly catch up to him.

The first time that I read the book, I always told myself that I was going to read just one more chapter, but that's not the case. From the moment you start reading you're going to find that this is one of those books that's hard to put down.

We already know that Jesse is the murderer, but, on the night that he killed the transvestite, he felt that someone was watching him. Up until he joins the police force, he's still committed the perfect murder and in flashbacks to his life in Texas, you'll be glad that you didn't grow up like this character.

As I said, this would make an excellent movie and on my last reading, some of the events that take place in the novel are still happening today. 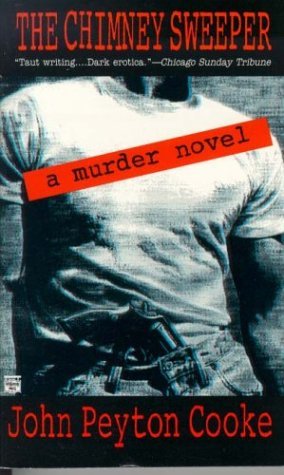