Review of a great Book

“Roohaniyat, Danish aur Haqekatain” an authentic, genuine and striking book written which is profound in meaning. A book written by Qamar Iqbal Sufi in an informal way but the clarity, originality, forcefulness and permeating ideas are enough to dignify the writing.

A model of meekness, sedateness, intelligence and prudence, an eminent personality belonging to Chakwal located in Pakistan is well-known social and spiritual person. Some lessons to him were also taught by Holy Prophet (peace be upon him) in dreams. Practicing spirituality in Amsterdam (Holland) for more than 20 years and giving away lectures on television.

He articulated his views in a way so that readers may assimilate them easily and can’ not stay back without giving a standing ovation. I never happened to read a book based on faith, positive thinking and its impacts on human life, functioning of brain, willpower and resilience. A book utterly based on faith and positive thinking, that how it compels you to change, you’re thinking towards life in an optimistic way.

Human soul has endless hidden power in it and the best way to utilize is faith because our La-Shaour works on the principal of faith.

You are what you believe in!

Every defeat in life has some extent of lessened faith. Here we start from positive thinking and we reach yaqeen e kamil (ultimate faith).

Faith can move the mountains.

Our La-Shaour is the prime power of the soul. It can make things easier or harder for you.

A speck of Allah Almighty’s noor is present in all human beings. These qualities are hidden inside which needs to be acknowledged and sparkled.

Several books can be written on the functioning of brain. There are 2 basic parts of brain.

La-Shaor: it stores all memories and spiritual knowledge. It stores everything and we can retrieve it whenever we want.

Doubt is that notorious term which shatters your faith and is the prime cause of failure in life because where the doubts come, there remains nothing.

Example when a person in an office thinks that the task assigned to him is easy it automatically becomes easier for him because he told his La-Shaour that “it is easy”! La-Shaour readily acts upon it. It is just like a kid who obeys his master. Easy and hard are just name of your thinking. Noting is impossible. In Europe same kind of observation was made by giving students of two different sections of the same grade. In one section the teacher told them that no easier queries can be there in any exam ever and in other section the teacher told that these queries are too hard to solve. The students who were told that questions are easy; they solved them in a way much better than others and got more marks. So the scientists and researchers asserted that La-Shaour is juvenile so we must think positive to make our life positive. We should start practicing faith on small scale and then should boost our verves and faith gradually.

Winning or losing is state of mind.

Faith and positive thinking are co-related which affects our lives to an unimaginable extent. We being Muslims are blessed with more faith. Our souls have power storage in it. When we utilize this power it reduces at a snail’s pace. Prayer is the best way to regain it. There is always a good-will hidden in orders of Allah Almighty.

Whatever u ask for in your prayers, believing that you will receive it, will surely make it yours!

Also, in west, people do exercises, yoga, and visualization practice and use many other

Try to be happy, avoid aggression and tackle hardships soft handedly because trepidation and anxiety haunts us and sometimes wrecks our future plans. We should not run away from hard realities of life but should confront the challenges put forward by life in a courageous manner. . A thought kept in heart, remains alive there, heart keeps on giving power and at appropriate time that thought changes into reality.

In this book Qamar Iqbal gave detail on many basic issues regarding our everyday life. Whatever you do, think positive about the results. Concentrate on your task fully. Visualize your aims in a positive way for few minutes every day. This practice is also seen in Europe where special training centers are helping people. Introspection is also very important which helps you seeking out your mistakes and gives you self-reliance.

Aims play a significant role in our lives. This adage: a person without aim is like a body without soul is 100% true. Have confidence in yourself. Admit that you are able, exuberated and respectable and keep your verve higher. Accrue your courage, power, ability and achieve your goals.

Do not get influenced by people, by doing so you will be neglecting your native abilities.

You are what you are! Never lose your identity.

La-Shaour is under sword of faith. Trepidation, negative thoughts and doubts hide this power. And when they come to an end, this power overcomes.

Throw away early failures of your life because it becomes a hindrance in your way. Do not think much about them. They were due to negative thinking, aimlessness and inferior complex. Move ahead. Life is how to see it? A paradise or a hell? It is a bit harder to get rid of previous negative thoughts but start from today. Try to forget your failures of life and re-memorize your successful moments. In some time you will go far away from those eerie thoughts.

Example a man lost his love. This was a disappointment due to which he has now made his life colorless and drab. That loss may be due to lack of faith by one person. So that person should forget that. This is not the end of life. He becomes pessimist and sometimes when he is asked to change the course of his life he states the darkness since that time. This is because he uses to think negative in every aspect of life and so his life got worsened. A good way to uproot is to think that there may be some good will of God which he doesn't know and Mighty Allah has protected him.

Faith is deliberately confidence in the character of God whose ways you may not understand at a time.

When you keep on thinking positive then it become your habit and it makes the way straight into your soul.

In the last few pages Qamar Iqbal summarized the analyses which deeply affect my soul. He concluded that man is responsible for the good and bad happenings in his life. It is our duty to divert the path of our thinking.

And these are my last words to you!

Be not afraid of life. Believe me! Life is worth living and your believe will create the fact. So it is better to believe than to disbelieve, in doing so, you bring everything to realm of possibility!

How many points will you give to this great Book 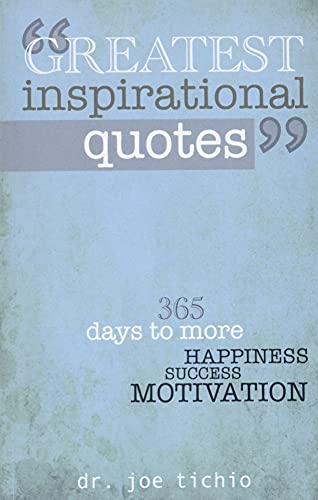