Nine times out of ten, it is not worth paying full price for a romance novel, even though they are a lot cheaper than most new books. With so many of them out there, yard sales, thrift stores, and used bookstores are always flooded with Harlequin, Silhouette, and Avon romances, sometimes available for less than a dollar. There is also a good chance that if a secondhand shop has at least one bookshelf full of used books that at least five Nora Roberts and a few Debbie Macomber books are on them. Some stores, like Hands of Hope in Bangor, Maine, will give away two books with every purchase (most of the books they have are romances) because they can't get rid of them faster than they come in. With high quality romance authors like Roberts and Macomber available for free or for fifty cents, what is the point of buying any romance book new?

Well, some of them are worth it. Here are some of my favorite romances that I would pay full price for.

Do You Usually Buy Your Romance Used or New?

To strengthen the political bond between England and Scotland, the king of Scotland has ordered Scottish laird Alec Kincaid to take an English bride. The last thing he wants to do is take any bride, especially English, but he obeys his king and chooses Jamie, a fierce healer and protector of her house, despite being the youngest of four sisters. Even though Jamie and Alec are constantly in a battle of wills as he takes her to his land, they cannot deny the attraction between them. With Jamie stirring things up between lairds in the Scottish lands and dangerous secrets rising up from the past, Jamie and Alec must learn how to trust each other and work together to survive.

I often don't like two strong-willed main characters in my romances because often their fights seem pointless and blown out of proportion with both parties looking like assholes. However, both Jamie and Alec had pretty good reasons for not marrying. Jamie thought Alec killed his first wife, and Alec thought his first wife committed suicide because she didn't want to be with him. Jamie and Alec got themselves into pretty amusing conflicts and there was nothing fake about their love story.

Everything I Ever Wanted

Actress India Parr is one of the most desired women in Drury Lane, but despite capturing the attention of many men, even that of Prince Regent, her heart has never been captured. In fact, it couldn't be when she is guarding a terrible secret that she can't have anybody know about. But the Earl of Southerton must know about it. He is even willing to kidnap India to protect her as well as make her fall in love with her.

It has been a couple of years since I've read this book, and I might have just been in the mood for it, but it was wonderful and very well-written. I could understand India's and the Earl's pain and since reading it I have wanted to read the other stories in the series as well. The love story was well crafted and It was a lot of fun to read and I would read it again in a heartbeat. 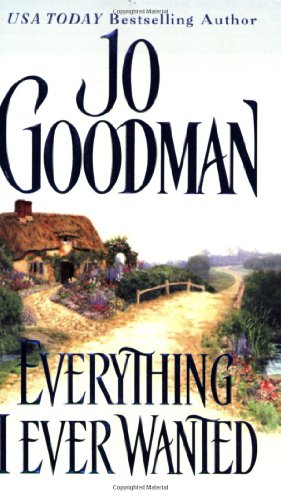 Everything I Ever Wanted (Zebra Historical Romance)
Buy Now

Science fiction romance isn't my usual reading material, mostly because I don't find them that often. But this book somehow winded up in my reading stack and took me by surprise.

Captain Chasidah is exiled to a barren and dangerous planet after being deemed guilty for a crime she didn't commit. Her only chance of getting off this planet is getting tangled up with Gabriel Sullivan, a criminal she had been chasing for years as a captain before he was supposedly dead. Now he's willing to help her out if she helps him in return.

The sexual tension between the two alone would not have made this book worth its full retail value, but Gabriel's devotion to Chaz does. He is willing to do anything for her, even fake his own death so he can recreate himself as someone more worthy for her. But his crew doesn't disappoint, either. Even with Chaz and Gabriel having most of the main focus, all of the characters are fully developed and that makes this a great read and not just a great romance.

Following the story of three sisters on their search for love, we can see two women born and raised in rural Ireland make their way in careers they love while their American sister comes to learn more about herself and the sisters she has never known. One by one they find love with the most unlikely people.

Even though all of the stories work well as stand-alone books, something is added when read in order. They do well to illustrate the magic of Ireland that both the locals and the tourists can feel.