Breaking wind in the quiet of Bahia Berrendo . . .

Finally, I had broken free of familiar waters and the remnants of civilization, and somehow, quite by accident, discovered a perfect little bay . . . My year of single-handed voyages and adventures sailing the coast of Baja, the Sea of Cortez, and the Mexican Riviera aboard my sloop, LOCATION, can only be described as transformative . . .

I was surrounded by dolphins when I woke this morning. They were a smaller variety, probably spinner dolphins, and they had gathered a school of flying fish and anchovies, or some other silvery baitfish, into the tight corner of the cove in Bahia Berrendo, herding them like dogs working a flock of sheep — except these dogs were feeding. I heard the splashing and the hoots, tweets, and whistles of the dolphin first from the depth of my berth, lying under the covers, and emerging into the day as sunlight lanced through the side ports of the cabin. Their eerie musical calls carried in the water and crept through the hull of LOCATION.

When I climbed up the steps and looked around from the hatchway, a covey of flying fish scampered out of the water in all directions, skittering, and skimming across the surface of the sea as the methodical hunters closed in. Escape appeared to be futile as the dolphins formed a phalanx around them, the rear guard picking off the escapees. Members of the pod surfaced slowly and then disappeared, trading places with each other beneath the glimmering water as they closed in. A pelican circling overhead dropped into the middle of the meandering melee scooping up a beak-full of small-fry, and then took wing in a tight circle, plopping down clumsily again into the center of the feast, filling its gullet. More pelicans joined the increasing frenzy, and a flock of seagulls gathered overhead, complaining loudly, looking for their share.

The dolphins fed silently below, quickly, efficiently. I could see them darting in and out of the coagulating bait fish. And then, perhaps irritated by the increasing numbers of uninvited guests, they seemed to lose interest. I stood on the edge of the boat as the pod broke ranks and headed back out to open sea, swimming beneath me like a herd of torpedoes coursing through the blue-green water. With the predators below gone, the smaller fish scattered and escaped into the depths as well, and the birds dispersed. The whole event lasted no more than fifteen minutes, and absolute quiet returned to the bay.

Bahia Berrendo is well protected, it appears, by brindled (the English translation of “berrendo”) ridges and cliffs on the south, west, and north sides, but it is still not impervious to the wind. The cliff faces are stratified in layers of gray, rust, and red granite. There is a notch in the high ridge to the west, and a thin valley leading down the slope of that rocky bluff toward the bay, which acts like a funnel amplifying the velocity of the winds from above. I went to sleep last night with barely a breeze blowing and a gentle swell rolling into the bay from the east. There was no moon and it was dark.

A sudden jolt, as LOCATION hit the end of her anchor chain pushed back by a heavy gust of air swirling from the shore, woke me up. I wasn’t quite sure what had happened, everything seemed calm again as I sat up in bed. I wondered for a moment if I was dreaming. And then I heard a wailing rush of wind coming at us. LOCATION spun sideways, nearly a hundred and eighty degrees, laying over like she had been hit by a ship, and then slammed into the end of her chain again, swirling up and back, quaking, her shrouds screeching in the gale.

I jumped out of bed, naked, grabbed the boat key off the chart table, and raced up the stairs to the cockpit as the wind scattered and disappeared toward the sea. The boat settled in place in the darkness staring at the black silhouette of the cliffs, as if it didn’t believe what had happened. A light breeze swirled about us belying what had just occurred. For a moment I thought it must be over — whatever it had been, I had never experienced such a thing before — and then I heard the wail again from the darkness.

It rolled down the valley like a huge metal drum, gaining momentum and volume and mass as it poured off the cliffs and slammed into the cove. The sea boiled. My boat spun and healed like she was caught in a maelstrom. She pulled back on her anchor hard, and her bow went down as the chain caught and held her. The wind swirled away. And then the whole cycle repeated itself again. The anemometer showed wind speed of thirty and forty knots at the peaks and barely a breeze in between each onslaught that would last hardly any time at all before the next beating.

I raced down below at some point and pulled on a pair of shorts and a sweatshirt. Every three minutes or so another gust of wind would cascade off the mountains, whipping around us, trying to break us free from the anchor and drag us out to sea, and then just as quickly subside and allow LOCATION to rest in the quiet and settle back in place for a minute. It continued for several hours — complete chaos emerging out of total darkness, and then quiet, relief, anticipation, and then again. I was concerned we would drag-anchor, but the wind was pushing us straight out to sea so there was little danger of going aground. Every time it occurred I expected it to end.

A thin crescent moon rose up in the black eastern sky just before the gray light of emerging dawn behind it, and the wind finally disappeared. I went back to bed and slept until the dolphins woke me. In the morning, when I came up to watch them, it was obvious that LOCATION had been pushed more than a hundred feet out to sea, but her anchor still held, dug in hard to the steep rocky bottom of the blue-green bay.

Yesterday — after all the early excitement — was a peaceful and beautiful day in Bahia Berrendo, and I decided to stay despite lingering misgivings about the winds from the night before. Life out here is always a tradeoff, good and bad, sometimes extreme, although typically the good overshadows the bad or at least I try to lean in that direction. I had a peaceful sleep last night — no wind — and woke up reinvigorated this morning. 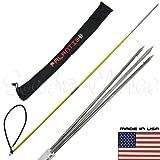 After coffee and cereal for breakfast, I wrote in my journal, catching up on the past couple of days, transcribing my longhand notes and musings into the computer. It’s easier, or maybe just more natural for me, to write in longhand when I have that initial urge to write rather than on the computer. I can put down my paper and pen and pick them up as my thoughts gather, whereas the computer needs to be re-started after each delay, and my thoughts tend to skip away unless I put them down quickly. It’s another tradeoff though; I don’t have much paper on board, and I don’t want to run out, but the computer battery runs down quickly, and I can’t always charge it — it’s damn near like living in a third world country — oh yeah, that’s right, I am! Still, no complaints. My third world existence onboard LOCATION is better than that of most.

As I said, I started writing in my journal. But my thoughts began to coalesce around an inspiration for a short story that I had yesterday, so I wrote about that, and ended up writing for four hours, trying to craft some fiction out of this new stark reality I am living. By then it was well past noon and I made a sandwich and sat topside reading Hemingway, wondering how far from the truth his short stories were.

Later in the afternoon, I decided to take my kayak into the beach and explore the north end of the bay where a striped granite behemoth juts out of the sea. The wind was picking up from the north, and I had some qualms about leaving the boat — imaging her breaking free as I reached the shore, and me watching helplessly as she swept onto a rocky reef, beaten to death by the northern swells — realizing again how vulnerable a single-hander is in some situations. The wind inside the cove was blowing twelve to fourteen knots with some occasional higher gusts, but the water was calm. Outside the bay, whitecaps were building, racing across the navy-blue sea.

The sun bore down bright and warm lighting the green depths of the water beneath me as I paddled toward shore. Large granite boulders covered the bottom at the base of the cliff face. Multi-colored fish wound their way through the crevasses between the rocks. Fresh fish for dinner would be good, and I wished I had brought my dive mask and Hawaiian sling spear with me . . . maybe tomorrow.

LOCATION looked fine on the hook, so I paddled into the rocky beach at the corner of the bay to take a walk around and feel land under my feet for a change. I kept a close eye on my boat, still doubting, and while she held her place and didn’t swirl out to sea, I will have to remember in the future to pull the kayak further up on the shore. I was several hundred yards away, climbing up a sloping ridgeline when I noticed the kayak adrift. The rising tide or a breaking wave had lifted it free, drifting toward open water in jeopardy of being broken on jagged rocks or washed out to sea. Feeling more stupid than panicked, I sprinted down the beach, favoring my gimpy knee as best I could, and waded out to my armpits in the surf before I could grab ahold of its painter line.

The bay was getting rougher with a building wind as I paddled back to my boat . . . lesson learned, again! Happy that no one was around to watch my education at least.

There appears to be another ‘pineapple express’ pushing its way north, which accounts for the north wind, I guess. The waves outside the bay are running three to four feet now, as the sun drops behind the mountains. It’s chilly, but we are still relatively sheltered in the cove. If I remember my meteorology correctly, the wind should probably shift from the south within the next day or so as the weather front passes.

Bahia Berrendo lies northeast of the inland village of Rodado 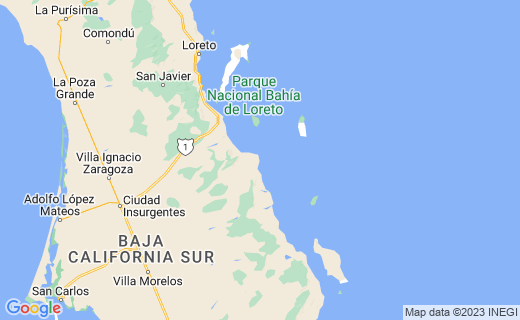