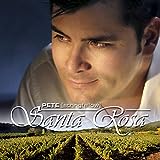 Before becoming a travel writer, I worked in the music industry. So, when a friend invited me to see Pete Stringfellow - a long time friend of hers - in concert, my ears perked up. Not being a country music follower, I slightly resisted, until she shared with me that he had a written a song about Santa Rosa a few years ago. He's from Santa Rosa, I asked. Yes, he is, she answered. That peaked my curiosity enough to visit this up-and-comer country-music crooner in person.

I must admit, I still had some reservations upon arrival. Was he really the rising star I'd heard people call him? Could he really bring the house down, like people said? Would it be easy for me, a non-country music fan, to appreciate his style? Let's just say, I was happily surprised that the answer was yes, yes, and yes to all three counts. I saw him play live in Sebastopol, California... a sleepy, little town ten minutes from Santa Rosa. When he played us his song called "Santa Rosa"... well, the traveler in me started percolating because, after all, I live right in the very area he was singing about - Santa Rosa. How could I resist feeling sentimental as he sang about an area so dear to my heart?

What Is In Santa Rosa?

This little gem of a city, located 90 minutes north of San Francisco, includes countryside, suburbs, and the downtown area - a downtown that is, little by little, growing up quickly into a genuine city.

Pete Stringfellow grew up in the countryside of Santa Rosa, before it became as urban as it now feels. There is still countryside in Santa Rosa, where people grow grapes on their vineyards and residents collect eggs from clucking chickens each morning for breakfast. Stringfellow's own family runs a dairy farm out in this countryside, too. Those country farms are still here but you may have to look for them. Most travelers only notice the cityscape but many farms are open to visitors coming in and picking their own apples off the trees or pumpkins from the land. Check with the Chamber of Commerce to find out about local farmlands to visit.

This Santa Rosa Public Park Sprays Water For Children, Is Located Downtown, and Is a Short Walk From The Marriott Hotel

Travelers might enjoy the nightlife Santa Rosa offers: a slice of downtown with more than a dozen outlets for live music, bar scenes, and dancing. It's not San Francisco, so don't expect the same from a small city still growing up, but it does afford choices from country to jazz, to blues to rock to Salsa dancing and upscale bars where the upper-crust like to hang out and spend $10 a drink. There are nearby hotels in the downtown area so one need not drive while having fun. Cabs can be found in the downtown area for a quick ride back to the downtown hotels after an evening out for about ten dollars. Other less expensive hotels are two to five miles from downtown and will cost $15-20 in a cab to return to.

There are at least a dozen other nightlife choices within walking distance of these locations, from Irish pubs to whiskey bars to dance clubs.

Cool Off With Ice Skating

The Weather In Santa Rosa

The Santa Rosa climate is fairly constant. The summers see temperatures between the 90's and 100's, the winters see temperatures generally between the 50's and 60's, though it can get as cold as the low 30's in the heart of winter. The best time to visit is in the late Spring, when it's balmy but not too hot, the rains have ended, and the flowers are blooming everywhere.

These hotels are located near the downtown area with family dining within walking distance:

What is it about Santa Rosa that attracts Pete Stringfellow back again and again? Of course, his family lives here and he grew up here. But so many people grow up places, never to return. But, Santa Rosa is different. Let's examine why that may be.

Santa Rosa has a fantastic climate for living in. It's neither too cold nor too hot at any time of year. Santa Rosa also is a short drive to everything one may wish to visit: one hour to the beach, four hours to Lake Tahoe's snowboarding/skiing resorts, and less than two hours from the City by the Bay: San Francisco. While offering some urban amenities, it also has the countryside, vineyards for wine tastings, and nearby small towns filled with antique shops. The lodging is affordable, ranging from $50-100 a night and the people are more relaxed than those found in the urban jungles of L.A. or San Francisco. The Redwood Forest can be found within an hour's drive and there are enough area museums to satisfy the historian or art-lover. Nature trails are within twenty minutes of Santa Rosa. In fact, some are even closer - ten minutes from the downtown area. There's even a lake in Santa Rosa, if you look for it... and camping, too. Just outside of Santa Rosa, one is able to fish and there is a nearby shooting range. There's the ice skating rink in town and a roller skating rink just south of town. There are vegetarian-only restaurants as well as steakhouses. There is fine dining plus mom-and-pop delis. There are standard malls and little boutiques. While most of the area is health-conscious and smoke-free, there are smoke-shops as well. It could be said there is something for everyone in Santa Rosa. 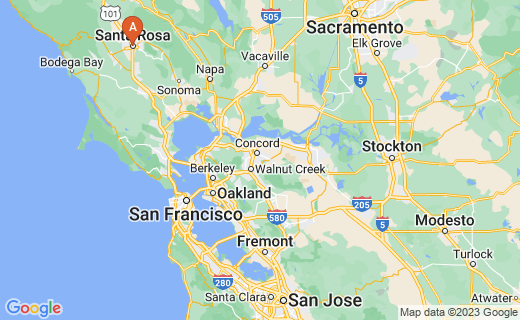 Read about Pete Stringfellow's home away from home in Music City - Nashville, Tennessee.