After the completion of the first two Wyrde Woods novels I planned a series of new ones; this time though, I wanted the protagonists to be younger and that meant that I would have to write in a younger style too. Apart from the magic of old favourite children’s books which have an overlap with faery tales I wanted some new inspiration too. Finding these was hard. In the current Big Bang of self-publishing there is a great deal on offer. I had subscribed to some writer’s fb pages but there was little genuine interaction there. As a newbie author I had hoped to get in touch with people on a similar level of progression; to talk about the learning curve and exchange ideas and inspiration.

Instead, the pages seem to be mostly a dumping ground for everybody’s Kindle products though they do give an impression of the run-of-the-mill Big Bang Fantasy Fiction. Werewolves in tight jeans with six-packs and stubble glowering like Heathcliff, heroic rugged warriors clad in loincloths waving impossibly big swords and seductive scantily clad elven beauties with emo stares. It was in this bewildering steamy jungle that I needed to profile myself and that was a demoralizing experience for someone trying to create fantabulist dreamtime-tales. Perseverance though, led me to the discovery of two gems: Simon Williams’ Summer’s Dark Waters and Nancy Chase’s The Seventh Magpie. Both books first drew my attention by some beautiful illustrations that appeared on the fb dumping grounds and a further look made clear the dark faery tale aspect was present in both books. Chase had also used the same nursery rhyme which I had used for Escape from Neverland and Dance into the Wyrd and as usual I found all sorts of Wyrd symbolism in that. Being reasonably intrigued by the surface of both works I delved deeper and can only conclude I struck the jackpot.

Nancy Chase’s The Seventh Magpie deserves an accolade for its splendid cover which can hardly fail to excite curiosity and every one of the sublime illustrations by Katrina Sesum managed to evoke an emotional response in me; I felt I was interacting with Chase’s world already, in touch with whatever cranial processes drive the special partnership of creation when writer and illustrator find themselves on a par. Despite my increasing curiosity at the content of the book I postponed the experience of reading Chase’s debut and focused on her blogs instead, as I do like to get a feel for the author before I allow myself to be captivated –or not- by their imagination. I can heartily recommend these blogs; they are well-written and convey the odyssey which preceded the publication of The Seventh Magpie. Chase has clearly paid her dues and I can well imagine the exquisite elation she must have felt when all was said and done and The Seventh Magpie went on sale. Moreover, she had been the protagonist in something which I can only describe as a faery tale love story…but then one with a dark twist. Having lived through one, I reckoned, must have been most conducive to writing one. Unable to exert any further self-control I dived headlong into The Seventh Magpie.

Some of Katrina Sesum's delightful illustrations

The opening reads as a classic faery tale and this works well as Chase is wisely frugal with her exposition; the reader’s understanding of the world the story is set in is accomplished before the end of the first page and soon thereafter the reader receives an implicit warning that Chase will not hold back from indelicate harshness as we witness –and cringe at- a verbal skirmish between parents using their child Catrin as a pawn in a chess game of marital strife.

I was in continual awe of the writer’s skills in using a minimum amount of words to sketch the setting. Consider, for example: “…the trees in the orchard hung heavy with fruit, the first migrating wild geese of the autumn flew across the sky in perfect arrowhead formation, bugling their distant, lonely calls.” Chase succeeds splendidly in making her world vibrantly alive with descriptions like these but her storytelling skills stretch much further.

There is a delightful moment of intrusion when Catrin’s mother gifts the princess a magical book from the Island of the Seven Magpies. It is usually unwise for an author to break off the narrative flow and draw the reader out of a story but Chase’s description of this book evoked a child-like moment of wonder as I closed the book to look at the aforementioned cover and realised that I was holding Catrin’s book in my very own hands; it was as if I had become part of the story and that knowledge eased my re-immersion into the tale to hear the sea pounding the shore and feel the waves’ spray on my face in the scene I returned to. I was no longer reading the story but experiencing it now.

Considering Catrin’s age at the beginning of The Seventh Magpie it is easy to forgive her for taking a passive role as she is shipped off by her father. On disembarkation however there is a delightful moment of foreshadowing as Catrin shows her spunk when three grown men are needed to subdue her protest at being bundled about like baggage and she uses her teeth to leave an indelible souvenir of the moment on a sailor’s arm. The reader is in full agreement with the sailor who tells Catrin: “You’re a corker and no mistake.”

That Catrin needs to be a corker becomes evident as the story progresses for her life becomes increasingly complex. There is a telling – and prophetic- moment when an old hag tells Catrin that she has lived a life of comfort with little knowledge of the wider world. Like anyone of her age -nursing already accumulated soul scars- Catrin objects but once again there is a clever moment of foreshadowing as the reader realizes that Catrin will yet come to understand the words of William Butler Yeats: “For the world’s more full of weeping than you can understand.”

At times there are faint echoes of Alice in Wonderland as we experience Catrin’s attempts to understand and make sense of a world which fast unravels to reveal layer upon layer of mystery and wonder but Catrin, much more than Alice, learns to master the unknown as she learns to stand up for herself and fight for her cause. My mind was also turned to Chaucer’s Canterbury Tales as Catrin gathers around her allies such as a knight, scholar and hunter and the old hag reminds me of the Wife of Bath’s Tale in many ways – none of which I can reveal here in order to avoid spoilers. The plot structure also contains elements from Arthurian lore with a palace setting kept alive by humorous speculations of a spectre haunting the halls and courtyards and forming the base from which quests are undertaken. Most of all I recognised a skill I first encountered in one of my childhood favourites: Lloyd Alexander’s Chronicles of Prydain. Alexander allowed himself to be inspired by the Welsh Mabinogion but skilfully managed to restrict this to a loose association rather than defined guidelines. The Seventh Magpie contains a scrumptious feast of recognition as Chase weaves archetypal imagery and ancestral memories into a tale with clear echoes of the Scandinavian, Celtic and Anglo-Saxon traditions. Talking birds which turn out to be shape shifters and tricksters, quests involving seemingly impossible tasks and the magic of ‘telling’ (counting) combined with riddles all add up to lend The Seventh Magpie a depth in the form of thought-provoking moral questions and increasing doubts about the solidity of our own perception of reality. This is a storyteller’s magic at work here and Chase proves to be masterful at weaving a rich tapestry of a world which provides us echoes of the past which we instinctively grasp but, just as Lloyd Alexander did, very much maintaining her own distinctive voice which instils her tale with a vivid originality.

Catrin comes to the realisation that “I am part of the dance” and by the Seven; Chase ensures that the reader is a full participant in this dance of transformation and subliminal recognition.

As a children’s story The Seventh Magpie is exquisite; they need not recognize the hidden depths in order to be spellbound by the narrative and follow it to the surprising twists and turns of the tale’s compelling climax, though I suspect they will experience sub-conscious stirring of ancestral memory – the very reason mankind started telling stories around the first fires beneath starry skies so many millennia ago. That latter also makes The Seventh Magpie eminently mandatory reading for adults; Chase has the power to let adults re-experience the wonder of childhood magic and that, in my humble estimation, lends The Seventh Magpie the sort of priceless value which could well turn it into a classic.

For tricking me into assuming I was clever enough to know where the story was leading me to I shall not award this work five stars but…seven magpies.

Purchase the paperback here or look for the kindle version 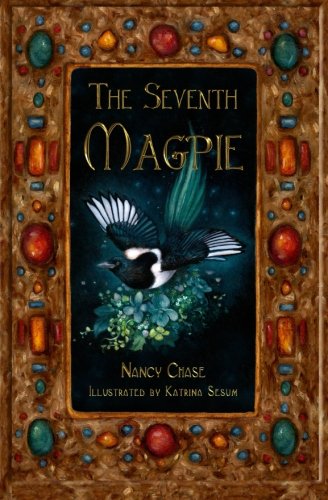 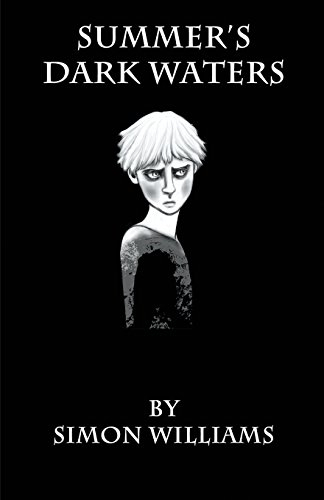