With all the excitement surrounding the release of the Sherlock Holmes movies (and the award-winning British TV series Sherlock), children are bound to be curious about the great detective. While middle-schoolers and teens may be ready to read Sir Arthur Conan Doyle's stories for themselves, younger children will need a more appropriate introduction to Sherlock Holmes. Luckily, several authors have conceived of high-quality series for children featuring everyone's favorite fictional detective.

The Missing Heir (The Sherlock Files)
Xena and Xander need help from Sherlock Holmes' case files to find a missing classmate so she can ascend to her rightful throne.
Buy Now

The Sherlock Files series, by Tracy Barrett, is a contemporary take on the Sherlock Holmes tradition. Siblings Xena and Xander, upon moving to present day London, find that they're related to the great Sherlock Holmes himself. Suddenly they're caught up in trying to solving cases that puzzled their ancestor a hundred years ago. This series, starting with the first book The 100-Year-Old Secret, is appropriate for third-graders and up, and is even included in the Accelerated Reader program for third- through fifth-graders. 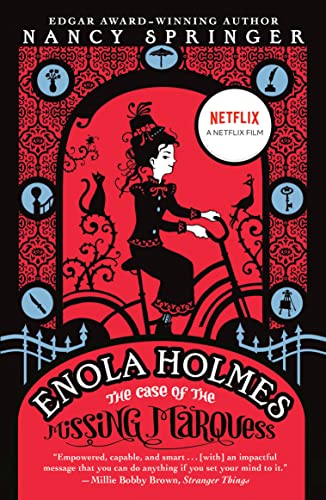 The Case of the Missing Marquess (An Enola Holmes Mystery)
This is the story of Sherlock Holmes' baby sister and her search for their missing mother, which takes her on a thrilling adventure through London.
Buy Now

Another great series for third-graders and up is the Enola Holmes Mysteries, by Nancy Springer. In the first book of the series, Enola is presented to the reader as a well-read but solitary girl, living alone with her mother in a great country estate in England. Her much-older brothers, the famous Sherlock and Mycroft Holmes, come to take her away after their mother disappears. Enola, not fancying being stuffed into corsets and sent to boarding school, escapes from her brothers with the help of money her mother left her, hidden by encoded messages. Over the course of half a dozen books, Enola composes and deciphers coded messages, captures thieves, murderers, and kidnappers, and eventually becomes reconciled with the great detective after helping him on several cases.

Who doesn't love the Baker Street Irregulars, the loose-knit gang of street kids Sherlock Holmes used as informers and errand-boys? In this series, they take center stage and seek out clues vital to solving the mystery, while the great detective himself and his faithful companion, Dr. Watson, are occupied elsewhere. The books also include useful appendices about life in Victorian England, Cockney rhyming slang, and the art of disguise. The series is intended for fourth-graders and up. 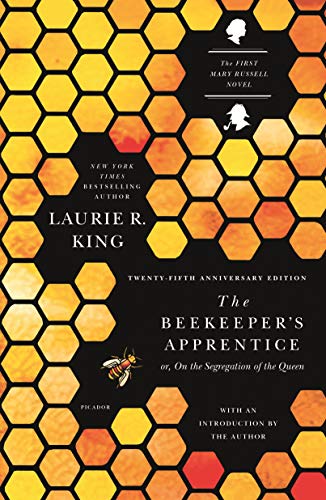 The Beekeeper's Apprentice: or, On the Segregation of the Queen (A Mary Russell Mystery, 1)
The first book in this series introduces us to Mary Russell, who becomes Sherlock Holmes' protégé.
Buy Now

If you have a teenaged mystery fan who has already read some or all of Sir Arthur Conan Doyle's original series, I suggest the Mary Russell series as the next step. Laurie R. King's series begins with The Beekeeper's Apprentice, in which a 15-year-old girl convinces the great Sherlock Holmes, recently retired from detecting, to teach her his methods. There are more than a dozen books in the series thus far, each filled with mystery and adventure (and some romance). The books were written with an adult audience in mind, though, so read them through yourself before giving them to your teenager, if you're not sure she's ready. You won't regret it!