The Fall and Rise of the Joe Shlabotniks Pt. 3

Editor's Note: This is the third in a continuing series about a band named the Joe Shlabotniks. This is part three and we still haven't met the Joe Shlabotniks. Whether a band named after the mythical ball-player even deserves a three-part story, or longer, is a question that doesn't seem to have occurred to anyone to ask. Anyway, it's by Bobby Stikowski from his never-to-be-published magnum opus about rockers in New York City in the 80's.

Don Laswell was breathing down Jimmy Westfelter's neck hard and Jimmy was not taking it well. According to Terry Richardson, the drummer for Jimmy's band The Garage (GAR-age, pronounced the British way,) "Tim (Voorhees, the band's manager) had brought in this aromatherapy guy (Solomon Lablonsky) and it helped for a while, but then Don started getting really hot and Jimmy was getting even hotter. The whole thing with the producer, it had really taken it out of Jim." Other members of the band were meeting together without Jimmy to try to figure out what to do. "Tim would call us over to his house while Jim was having a session," Terry recalled. "We all brought songs but none of them was as good as Jimmy's."

"Yeah, I had written a song about a girl named Sonia a couple of years ago. Nobody asked me who Sonia was, they just took it and started working with it. Pretty soon the rough edges got worked out and we took it to Jimmy." By all accounts the initial meeting about the song did not go well. "Jim basically blew a gasket," Terry recounted in an interview. "He hated everything about the song: too slow, too many minor chords, no key change, even the name. Who writes a hit song about a girl named Sonia?"

It was Ian Snodgrass, the bass player, who suggested that they change the song title to She, and after Paul and Terry worked out a new chorus, the band decided to record it and make it the single. "Yeah, Jim was not thrilled, but at that point he was willing just so he could tell Don Laswell to (word deleted) off!"

Of course the song was a hit, with a soft-focus video and a lot of face time for Paul (Ferguson, lead singer and rhythm guitarist.) It exploded on radio, got heavy rotation on MTV, and even got the band on Saturday Night Live. It got to number 6 on the Hot 100.

"It made the band and it broke the band," is the only quote ever gotten out of Paul Ferguson about The Garage. Tim Voorhees elaborates a bit; "Paul loved the song because he could show off his singing to greater effect. Terry loved the song because it was a hit and he was responsible for eighty percent of the song, which meant he got eighty percent of the royalties. Ian loved it because it took the band to bigger clubs, got them into better parties and hooked him up with better girls."

But what about Jimmy?

"Jimmy was okay with the song until it became clear that for most people, the band began and ended with that song," Tim continued. "Any club we played in, everybody called for that song. Any party we went to, people said how much they loved that song. Even SNL, Lorne Michaels talked only about that song. I don't think Jimmy was petty by nature, but it was his band and he'd written all the other songs. All of a sudden he was just some guitar player in his own band. It began to break him down."

At one party, crowds of women surrounded Paul and Terry. Ian was off doing who knows what and Tim was schmoozing with record executives. Jimmy, who had been growing increasingly irritable for months, picked up a guitar and smashed it through a television. No one was quite sure what set him off, but the band could see the writing on the wall. They even had t-shirts printed up saying "America's Newest One Hit Wonder!" on them. Everyone got one but Jimmy, and nobody ever wore them when he was around.

Tim's solution to try to mollify Jimmy was to have Solomon Lablonsky come around more often. For a while, it worked, but then something strange started to happen. Jimmy, who had never shown up for rehearsal, recording or a concert in any state of enhancement, began chanting something in the corner during a band rehearsal. At first nobody could make it out, and they all just stared at each other. Suddenly Sol Lablonsky entered, and the two of them put their hands on each other's shoulders and circling around, chanting louder and louder until the others could make out what was being said. Circling faster and faster, they were almost shouting, "Your nose smells like cheese! Your nose smells like cheese!" until they literally couldn't stand up anymore, then collapsed, giggling hysterically. Paul was disgusted, Ian took a break and Terry and Tim tried to drag Jimmy to his feet and see what was going on

"Jimmy started dancing around and saying, 'I don't know what you don't know and you don't know what I don't know and kilts are racing in the snow!'" Terry told me in the late 90's. "It was surreal. Lablonsky was giggling in the corner, Jimmy was dancing around, and Paul was yelling at everyone to shut up. It was like out of some Monty Python movie or something. Anyways, Jim wouldn't play guitar, instead he pulled out an old cigar box and tapped on it into a microphone while Lablonsky played a pocket comb with tissue paper. I'll never forget it no matter how long I live. "

"Are you kidding? I think Paul would have shot himself right then and there. No, that's one of those things that goes down in legend, like Captain Beefheart making his band learn songs backwards."

The Garage never performed again. They were rumored to be working on another album, but Jimmy had effectively checked out and the band broke up soon after that. There was only one, tiny little problem, though.

The band was contractually obligated to perform three more times. They tried once with the full lineup but Jimmy was practically catatonic onstage. They tried again with a roadie doing Jimmy's parts but it wasn't the same. Ian bailed out after that, walking off into the sunset (everybody thought) never to be heard from again. Paul left to record a series of moderately successful singles. He refuses to this day to talk about the band, but it's generally believed that he has long felt it was unfinished business and his career suffered because they couldn't end the band the right way. Terry became a studio drummer and between that and his royalties from She has made enough money at it to not need another job.

But there was the matter of the last contracted concert. And Jimmy.

By the way, no one has ever claimed to really know who the Sonia is that She was written about. Who was Sonia?

What kind of rocker are you?

Like, what kind of musical rock vibe are you digging, cat? 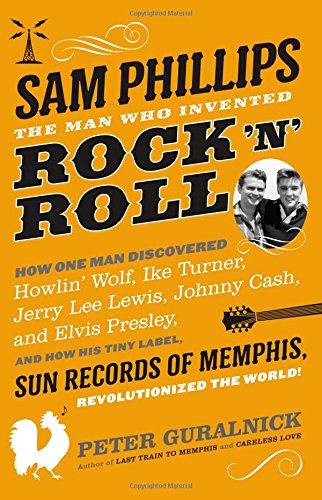