Short Story—Chantz and the Misplaced File

Chantz rushes about, trying to find his way in the maze of files with dizzying twists and turns.

Where is that file? If I don’t find it, I’ll be forced to work overtime with Shurely who finds my slowness a source of fodder for the humor-mill. The boss wants this information fast and I’m her runner today.

So…what was it again? Oh boy, if I can’t even remember what she wants, how can I possibly find it? It’s not a good thing to mess up on an emergency job.

“Hi Chantz,” Shurely is a squirrel and has soft, beautiful white fur, with a wondrously fluffy tail. Her fingers are stubby, tapered to sharp points at the tips.

She looks patronizingly down at Chantz, “Do you need help to find something? Are you lost, or just wasting precious time?”

He tries hard to avoid glancing into her round, black eyes, hoping she won’t notice his flustered look. If only she would keep on moving.

Shurley is known for her excellent memory and ability to find information quickly and efficiently. She has worked her way up from filer to systematic-categorizer. She is very good at her job, but she has a tendency to ridicule others who have difficulty achieving her level of perfection. Once a person has been labeled as inept, she never lets it go and reminds them of it every chance she gets.

“No, I’m fine! I’ll find it and be finished soon, I’m sure.” He quickly moves away defensively toward the rows of shelves in search of the file he so desperately needs.

Chantz is a small, brown squirrel and has been working this job for about two months. The boss hired him to be a runner—someone who gets files which are needed quickly for a fast job. A runner gets sent either to the Great Hall of Thought or to the Great Hall of Creativity and the repetition helps new workers learn the ins-and-outs of the operation.

In frustration, Chantz wanders around wondering where on earth this file could have been placed. He wonders if he should go through the passage to the other Hall but he can’t remember where it is. His father told him years ago about how the passage entrance is camouflaged to blend in with the surrounding wall. Only the most experienced carrier squirrels know what to look for. This is to keep out the imposters who have been rumored to sneak in, exchange important information, and mix up files to create havoc and confusion.

Chantz’s grandfather had been a carrier squirrel and according to Mama Squirrel, he was very organized and knew exactly where everything went—he died before his grandson was born. Chantz’s father was a filer, but had been severely injured falling from a tall ladder and could no longer work. He wanted his son to achieve more than he had been able to and hoped that the boy’s skill in identifying counterfeit and deceitful information would ensure an important position for him one day.

With no success, Chantz realizes that he will have to ask for help after all. He hopes to run into a carrier, but no one seems to be around. He wanders around a while longer and finds himself right back where he started—Shurely is busy working at her table labeling files and placing them into the correct categories.

“Chantz! Did you find what you were looking for?” She stops her work briefly to look at him quizzically.

“I…I…I can’t seem to find the file…or the stupid door to the other Hall.” he stutters under his breath.

Shurley bursts out laughing and soon draws the attention of the others who have stopped what they’re doing to see what the ruckus is all about.

Soon the others are joining in and laughing at his apparent ignorance. They continue to taunt him, “Chantz can’t find the file—how’s he going to do his job if he can’t even read! Oh, and seems like he can’t see either! Hey, do you think we should show him? Nah, let him find his own way to the other Hall—it’ll be funnier to watch!”

He wants to crawl under a bookshelf where he can hide and forget about finding the information for his boss. He wonders who will even care if he doesn’t find it, although, he really likes his boss and thinks that he’d enjoy this job if given enough time to get it right. He just needs the chance to gain some confidence. With Shurley initiating conflict and turmoil, it just doesn’t seem to be worth the effort.

“Come over here, Chantz.” a voice whispers in his ear. Chantz looks around to see where the voice is coming from and sees no one.

Am I imagining things?

He hears the voice calling him again, listens attentively, and is pretty sure it is coming from row seven. He moves quickly away from the group and slips into the aisle between the rows.

“Look in this area,” the voice directs.

Chantz is confused because this row is not where the file he’s looking for should be. He fumbles through file after file in the “building” category and near the back of the final box finds the file called: “How to write a short story.” He wonders how it got into the “building” category when it should have been filed under “creative writing.” The only one entrusted with the job of categorizing is Shurley, but she wouldn’t make this kind of mistake. Or would she? She is the one who hands the files over to the carriers who deliver to the holding carts for the filers to put away. Each file is clearly marked so very unlikely to have been misplaced.

This is the specific file the Boss wants and he starts heading for the Office to deliver it. He considers the ramifications of the misplaced file and thinks this is his chance to exact revenge on Shurely for all the times she has ridiculed him.

Oh, it would taste so sweet to finally be able to rub it in her face and watch her squirm. After all, how often has anyone caught her in a mistake! Not perfect Miss Shurely!

File in hand, he scurries excitedly toward the group who is still gathered in clusters, laughing. This is his chance to flaunt it in her face in front of all the others!

“Where are you going?” says the same quiet voice he heard before.

Chantz desperately tries to ignore it and continues moving ahead. He knows full-well that what he is about to do is wrong but doesn’t want to waste this perfect opportunity.

Chantz stops dead in his tracks. What am I doing? I’m going to do the same thing she does to me all the time. I hate it! It’s true; I don’t want to be like that at all.

His head drops in shame as he realizes his near-mistake. He quickly slips behind a bookshelf and heads for the exit to bring his boss the file.

"The Boss" and Lesson Learned

The Boss, as everyone knows her, is in charge of everything and everyone. While she is not a squirrel, she knows exactly how to communicate so each of them will understand—she can appear as a voice, an idea, a picture, or whatever is most appropriate to the situation. It is a mammoth task to coordinate all the filing activity and perfect a retrieval system for all the information that gets tucked away in the most unusual places. Training proficient squirrels takes a lot of time and it is tiring to find just the right position for each one to utilize their best abilities.

The Great Hall of Thought and the Great Hall of Creativity takes up most of the upper floors of her enterprise. The Office is not easy to locate as it shifts when the walls of the Halls expand to accommodate the ever-increasing information and activity. Chantz finally finds it and gives the Boss the file she has requested.

“Thank you for finding the file so quickly!” Chantz immediately recognizes that voice as the one that directed him to the area where the file was found.

He looks into her kind face with gratefulness for the help she gave him in an embarrassing moment and immensely thankful that he chose to listen to her warning!

“Chantz, you were willing to do this job even though it was very difficult for you. You demonstrated a willingness to follow instruction in spite of the confusing difficulty it caused you. You also made the onerous choice to forgive rather than take your revenge as you walked away from the group that has caused you much grief. Yes, it has not eluded my observation and I will deal with them in good time.”

Chantz couldn’t help but breathe a sigh of relief. He wasn’t alone in this after all. What a relief!

The Boss continues…“as you know, your training period is coming to an end. I am very pleased with the quality of your work and high level of integrity. You have an instinctual insight far beyond your years and are quick-thinking. I think you would be best suited to be a door-guard at the entrance to the Process Chambers. For now, I’ll put you in the Great Hall of Thought, but at some point you may be allowed to alternate sides.”

Chantz is absolutely delighted and overcome with amazement that he has been chosen for such an honored and important job. He is super excited! This is a job given to those who exemplify the highest standard of integrity—they are trusted to identify false information and keep imposters from sneaking through. He can’t wait to start.

He is so glad that he chose to listen to the voice of reason instead of the burning desire for revenge inside him. Now he is getting the chance to do the very thing he is meant to do! While he will still be working in the same Hall as Shurely and the others in her group, he has learned the valuable lesson that he is not alone and the Boss will always be there to guide him. He has also learned that the most gifted, talented squirrels can make mistakes and fail while the slow, seemingly insignificant ones can succeed if given the chance. 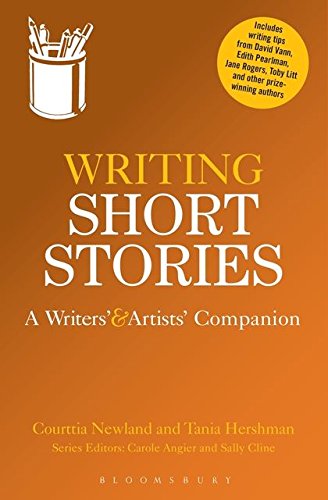