Sometimes it Takes a Team-Importance of Kid's Sports

Bachelor's degree in English. Middle school language arts teacher with over 20 years experience with a specialty in reading.

This is a story as told to me by my 18 year old daughter recounting some events that happened while she was a member of her high school girls softball team.

I though that I would share with you in the hopes of making some aware of how often getting your kids involved in sports alongside other like minded young adults can actually have a positive impact and can literary change their lives.

Regardless of which activity they end up choosing, we should support and encourage them to see it through to the end always keeping in mind that it is what they want and not what we want.

I have often wondered why some people always seem to do best on their own while others, in fact, most, seem to thrive in an environment where they are surrounded by people like themselves; those who share similar likes and dislikes, similar beliefs and attitudes.

I have often felt comfortable being by myself but have been attracted by groups of like-minded individuals who shared the likes for the same things that I do.

Softball and baseball are two of my passions and it seemed only natural to join a team. So eventually I joined my high school girl softball team and immediately felt at home and made friends right away.

I never understood the power of a group in bringing comfort and enjoyment at the same time until I had spent some time with the team.

The comradely that I felt was a unique experience and I know that I will treasure the memories for ever; the good and the bad. Both memories have been ingrained in my mind.

What stand out the most was the often unselfish attitude of others; everything was done for the betterment of the team , often putting personal individual desires, needs and wants aside so long as the team did good and held together.

The first time that I joined the team I immediately noticed how coherent they were and how I would be an integral part of this group.

I started doing my part like helping with the set up with the gear. The preparation of the equipment for each game and the pick and clean up after each.

Soon I became one of the trainers since I was a bit older than some of the players and being older also helped with guidance in everything from personal issues to practices and how to do their part in making the team better.

Whether we won or lost a game didn't matter much, although it brought some disappointment, each game brought closer together and soon we became more than a team.

We looked at each other more like a family and in reality each of us was part of this extended “family” more than players in a sports team.

When I entered my high school in 2010 it took a few days to get acclimated to my new environment and I started noticing some girls in what appeared to be baseball uniform talking to each other and generally sharing everything. I made it my priority to find out what they were doing and everything about the team.

After a brief meeting with one of the players I learned that tryouts would be happening soon so I got in touch with the coach and tried out. I was thrilled when I was admitted and looked forward to starting the practice sessions as well as eagerly looking for the first game.

What a mission it was to attend practice sever times of the week especially right after a long day of classes.

However, every time I stepped into the field I felt rejuvenated and gave it my all. When the first game of the season came along I remember that I hardly slept the night before since I was anxious and nervous.

But it was a nice “nervousness” and it actually felt like a good anticipatory feeling and then the day came. We arrived at the opposing team filed and I felt wonderful.

Not only were there member of our family there to cheer us on but the excitement of seeing and listening to the opposing team fan club made it that much especial. I now had a mission; helping my team win and doing everything that I possibly could to ensure that.

Something else that in a way became a bonus of joining an all-girl team. Most of us were in various stages of relationships.

There were quite a few times when someone sought the advice of another in help with their relationship issues.

There were many times that I found myself either counseling or advising one of my teammates about boyfriends or was on the receiving end of good advice.

Whatever the situation was everyone always did their best in providing the best advice possible or at the very least a shoulder to cry on.

Speaking of giving advice, one of our teammate’s seemed to be distraught and kept to herself more often than usual.

After some of us spoke with her we became aware that she liked a boy about her age and from the same class.

She had tried many times to catch his attention but he seemed not to even notice her. The rest of us got together and decided that we had to do something, especially about the way she looked which was a little run down, to say the least.

We decided to somehow raise some money through various means like bake sales, car washes and saving some of our allowances from our parents and after one month we had raised enough to give her a complete make over including some sexy looking dresses. She was quite surprised and emotional and agreed to undergo our “experiment”.

Needless to say one night at a school function she showed up looking completely different. The ugly duckling had turned into a swan she said. The boy which until now had not even taken noticed of her but somehow knew that she liked him now noticed her and at the end asked he rout on a date.

So far as we know they are still together and all happened because we came together as one and helped one of our own.

Like this there are many other examples of situations like this one which could not have been possible if we as a group had not put aside our own personal needs for the benefit of the “team”. 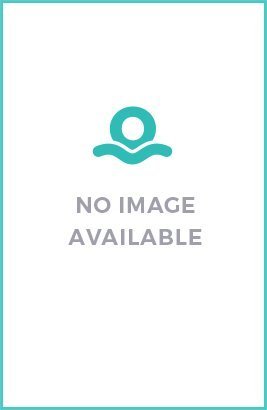 Another situation although less dramatic happened one game day when we became aware that one of our teammates had sprained her knee and would be unable to play or even move.

But she was trying. She was crying and depressed because her grandfather who loved the game as much as she did had traveled from Tampa just to see her play.

To our surprise even some member of the opposite team became somehow aware of this and during a break we were approached by a couple of them and their coach.

The game was being won by them and we really did not stand a chance of catching them since there only two innings left. We became quite surprised when one of the team member s from the other team winked at us while our teammate was at the plate.

By a “miracle” their pitcher threw a much slower pitch than usual which she quickly hit as a fly ball. Again “miraculously” their left fielder “dropped” the ball. She limped with much effort to first base then to second and on her way to third, again the cut off girl “miraculously” dropped the ball.

Our teammate went on to score although by now I think that she was aware of the strange “miracles” that had been her fortune and had let to her scoring a run.

There was nothing short of a celebration as members of both teams came over and congratulated her. Her grandfather, unaware of everything that had transpired was very happy for her and left at eth end of the game no wiser than before the “miracle of the dropped balls”.

This goes to show that team work and team sports can often overcome the barriers of competition, even between rivals.

Kind of reminds me of an old African saying; “It takes a village to raise a child”

Do you think that kids should be encouraged to join school sports teams?