The soul of a dog Review of Jon Katz book

Do dogs have a soul? In his book Soul of a Dog, a reflection of farm animals, Jon Katz, explores questions that have long puzzled humans: Do animals have souls? Do animals go to heaven when they die? Do animals have spirit? Are animals just taking advantage of our needs for company and love? Do they know about our needs to give and receive attention from others? Do they sense our intrinsic yearning to be significant to others?

Katz has written several books about dogs, and uses dogs once again as the central point for his exploration of animals’ souls. His dog, Rose, a hardworking farm tested border collie— is the main character. But he also talks about Izzi, a dog he rescued, which now together with him visits patients and provides them with opportunities to open themselves up. Other characters include: Elvis, a brown Swiss steer; Jennifer the donkey; Harrieta, the chicken; Mother the barn cat, and many of his other farm animals.

Dogs, he says, are keenly aware of us in ways few of us grasp or appreciate. In support of that, he recounts how his dog Rose would not leave him alone when he is sick. He also describes how Rose anticipates when they are going to work to the point where she actually gets ready for work.

His relation with Rose is so unique that sometimes he feels as though they are one. Such is his attunement to this animal that he describes his regular rituals of working with her as spiritual.

But he also recognizes that animals have their own lives, and their own things to do. Because of that, he says that by providing them with caring and safety, he allows them to be themselves. Having this relation of respect to the animals allows him to observe their behavior without being intrusive.

When looking at the cat’s life, for example, he sees both a lovely creature and a murderous beast. He accepts Mother’s behavior as the animal ways (that is her primal instinct). His relationship with the cat is quite different from what you may expect from a cat lover—and perhaps shows the view of an observant.

Elvis, the brown Swiss steer has learned to manipulate humans in order to get rewards. Katz portrays Elvis’ behavior in a mesmerizing way. Since cattle-human interactions are uncommon, this is one of the most interesting chapters in this book. It shows how, being tender, earns Elvis the compassion of humans. Elvis is an animal that could inspire terror due to his size and force. But instead of using his force to intimidate humans, Elvis chose to be playful and kind. Does this animal ‘knows’ that by doing so he is spared from a quick trip to the slaughterhouse?

In some ways Katz anthropomorphizes animals, perhaps to make them more familiar to the readers or to himself. In some instances, he attributes them special skills. For example, he says Izzi ‘is a touchtone for peoples on passages.’ That is this dog’s soul.

But in the end, he says animals don’t have souls, at least not in the sense humans envision it. They are not searching for something beyond themselves. They are living and fitting their roles in the fabric of life. Keep in mind that this is the author point of view. Another author Gary Gary Kowalski thinks that animals have souls. Other authors havealso written extensively, books, or essays about the subject of animal feelings and how animals see the world, or how animals feel pain. 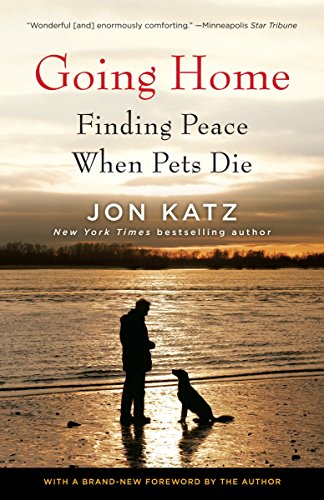