We were sitting in a corner table of the restaurant after finishing our meal, our two glasses of mineral water nearly touching one another, as our hands clasped each other gently beside the table. My eyes filled with tears as I explained, "I never meant for this to happen."

"I have to think. This is all happening so quickly."

"I don't know what happened," I gasped.

"I know. We let our passion take over and we didn't think," said Alfonso with his wry smile forming on his face. That gentle smile that drove me nuts in the beginning.

I remember the first day I arrived for classes at the University of Salamana in Spain. I sat in the middle of the art history class, not wanting to stick out from the others. About twenty students filled the room, as we waited for the professor to enter. And enter he did. Tall, about six foot, with massive shoulders and chest that chiseled down to a small waist and ips with dark brown wavy locks that just touched his shoulders, and big, warm brown eyes that locked into my cool, blue ones. The look was electric and fire burned throught my heart and down to my soul. I'd never felt anything like it before. I had heard "just one look" before, but this was ridiculous. His warm smile enveloped me. Naturally, I blushed and immediately looked down. Oh, this is silly, I thought, I never feel this way around men. I'm the woman, cool, calm and collected, all the time that never looses her composure. I managed to get through the first class as his lilting Spanish voice explained the syllabus and web-site we would be using that semester. Ole!, I thought. Here I start with an art history class and the professor was a Spanish god that I couldn't help imagining naked. I left that first class thinking this would be interesting and after a glass of Riojas wine at a cafe at the Plaza Mayor, I walked to my small apartment, no bigger than one room with a bunson burner, small refrigerator, a bathroom, and a bed on which I collapsed. I did have a tiny balcony that opened up onto the street at the front end of my room where I could get a breath of fresh air, which is exactly where I went next. To my astonishment, the apartment and balcony next to me was occupied by none other than Professor Alfonso Santoscoy, the Spanish god. I nearly dropped over at the sight of him. He smiled that gentle smile and waved, definitely recognizing me, and we locked eyes again, the fire returning to my soul and then he walked into his apartment. For the second time that day, I was completely on fire. I managed a soft "hola", and that was all I could say. No I thought. This couldn't be happening to me. I wasn't goiong to fall for my Spanish art history professor during my semester in Spain. That was just too cliche.

But, I did. Sorry to say I became the cliche student passionately having an affair with the Spanish god professor. We managed to keep it a secret from the rest of the class. And from our landlady, Senora Rodriguez. How we kept it from that nosey, cranky, old woman was beyond me, but we managed to subdue our passion around her as well as the others around us. And, of course, in my naivete, I loved Alfonso, wholly, completely and with abandon. Never had any man ever captured my heart and soul as he did. I spent every moment of his free time with him. We spent hours in the afternoon and evenings making love again and again. He consumed me and filled me. He was the gentlest of lovers, always giving and never asking in return. And, I watched him paint and sketch. I posed for him again and again, naturally in the nude. I had fallen completely, utterly, and passionately in love with him.

I floated along on clouds on those school days as we delved into Spanish art from El Greco to Miro to Dali. I was ready to permanently leave school in the states, become a Spanish art historian student and live the rest of my life with Alfonso in Salamanca. Oh, how ten weeks in Spain had completely changed my life. Reality finally struck the weekend our class made a field trip to the Prado Art Museaum in Madrid.

We arrived at the Atocha train station in Madrid by train from Salamanca, Alfonso having opened a bottle of wine in our compartment for the three hour trip. He and some classmates sipped wine. No one noticed I was sipping mineral water as I dreamily watched Alfonso discuss the Spanish Civil War and the background for Picasso's Guernica with one of my male classmates. I slipped into the WC as the train was nearing Madrid. I looked in the mirror and was composed and ready for our tour of the museum, art history notes crammed in my head and, fresh lip gloss on my lips.. I returned to the compartment, gathered up my backpack, smiled at Alfonso as he bent down to brush his lips against mine as we were the only two who remained then, and walked down the aisle to the door to step off the trainn, my love behind me. I had no sooner stepped down from the train when a dark-haired Spanish woman and a beautiful, four-year-old little girl, crying, "Papi, Papi," rushed up to great Alfonso.

Suddently, everything was in slow motion. The beautiful, little girl jumped into "Papi's" arms and the dark-haired Spanish woman kissed Alfonnso on both cheeks and then deeply on the lips. Alfonso returned the kiss just as deeply. I clutched my stomach fighting to keep composure, as I realized, far too late for me, that Alfonnso had a wife and daughter, just as he was introducing them to our class. We learned that Alfonso lived in Madrid with his wife and daughter and had been transplanted in Salamanca for a year at the university teaching the art history class. This was the first tine he had seen his wife and daughter in ten weeks, as his wife had a high powered job based in Madrid, but that also required much world traveling on her part. Alfonso finally looked at me; I was numb, and only stared back at him helplessly. He smiled his gentle smile, but now a sharp pain sliced throught my heart and down to my soul.

How I got through the tour of the Prado, I'll never know. Of course, Alfonso's wife and daughter accompanied us on the tour. The pain in my heart and soul was nnearly unbearable as we passed from canvas to canvas, Alfonso explaining the lighting, the colors, the mood of each painting and each painter. I heard nothing, not even when his daughter looked up at me with those same warm, dark brown eyes as Alfonso's and said "hola." I just stared back, speechless, fighting back tears. After what seemed like spending an entire week in the Prado, we were finally ready to leave the museum.

The wife and daughter were at the head of the class leading the class out of the museum as Alfonso and I lagged behind. He grabbed my arm and veered me behind a column under an arch. In his lilting Spanish he said, "Meet me at the restaurant on the northeast corner of the Plaza de Espana at 9 pm tonight."

"Of course," was all I could get out.

So, here we were, sitting in the quiet corner table sadly looking at one another, my eyes filled with tears, gently clasping his hand.

"I found the torn conndom between the covers one morning, but I thought nothing of it," said Alfonso.

"I wish you would have told me, so that I would at leat havve been prepared when I woke up one morning wrenching over the toilet bowl," I said gloomily.

"You didn't tell me you went to the clinic," Alfonso said quietly with somber brown eyes.

"I had hoped to surprise you one evening with the news; now I'm the one surprised," I said through choked tears.

"It's not the dark-haired Spanish wife, Alfonso," I said, "it's your beautiful, innocent brown-eyed daughter; crying 'Papi.' I can't believe you didn't tell me. I'm just devastated."

"I know," he replied, "my daughter means everything to me. I saw them in our apartment in Madrid, and as I made love to you, they were miles away, separate from what I was doing in Salamanca. You became my muse. Mariana was suppose to be in Paris this weekend on business. That's why I scheduled the Prado trip when I did. I was just as surprised as you when she and Lucia showed up at the station this morning."

I walked to the WC, as a tear slipped down my face. As I went through the arch, suddenly there appeared from nowhere the dark-haired Spanish woman.

"This isn't first time this has happened," she hissed in Spanish. "Do you reallyy think you are the only one he has had or he has done this to?" She threw back her head and laughed. "He takes a year assignment at different universities neary every academic year. He spends his summer with Lucia as I travel most of the time for business. He likes his life as it is. There is nothing for which he yearns. His life has predictable patterns and he likes it that way. Then, she disappeared as quickly as she had appeared.

I made a right hand turn and walked out of the restaurant, Alfonso not noticing a thing as he finished a glass of wine. I would be having a son or daughter soon who would also cry "Papi," but there would be no Papi nor Papi's arms for my child to rush into. 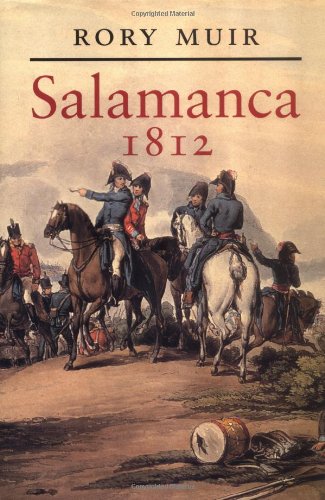