Asha (pronounced Ah-shah) is a young woman who has felt slightly out of place all of her life. Born in Bangladesh, she grew up in a small town in western North Carolina. Throughout her life she has wondered why her parents gave her up for adoption.

She dreams about going to the place of her birth one day - to look for answers and to discover her culture. Then, while in college, a missionary offers her the opportunity to join his team on a short term mission in an orphanage in Kolkata, India just across the border from Bangladesh. Asha is completely unprepared for what happens in India and how it changes her life in many ways, forever.

The heroine of the book, Stolen Woman, is very passionate, sensitive and intelligent. Although born in Bangladesh, Asha experiences complete culture shock in India. Though she desires to embrace her culture, she finds she has many things to learn.

For one, Asha had studied hard to learn the Bengali language and upon arriving in India she is confused as to why no one could understand her. Trying to speak Bengali with a southern accent causes some major miscommunication.

She also manages to get lost in India while running after one of the orphans at the missionary compound.

Then there is her reaction to the little boy going to the bathroom in the river - the same river where people bathe, do laundry and get drinking water; and when she can't figure out how 16 people are going to fit into three taxis. Her missionary friend has to explain to her that there is no such thing as personal space in India.

Asha also has a knack for not wanting to follow the rules at times and taking matters into her own hands which often results with some not-so-good consequences. 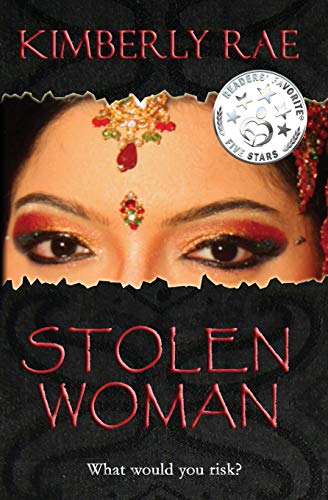 Stolen Woman focuses on one particular predicament in which Asha finds herself.

One day, while trying to do a favor for one of the orphans, she sets out on her own. A rickshaw driver misunderstands the address she gives him and upon arrival, she finds herself in a very unsettling, mysterious place. Little did she know this was the dark, evil side of Kolkata.

When she looks up into the window of a nearby building, she sees a young woman standing there. The woman seems startled when Asha makes eye contact with her and smiles. The mysterious woman throws a note out of the window and it flutters down to Asha. The woman in the window is asking Asha for help and that she is a "stolen woman."

Asha has no idea what the note means but when she makes her way back to the compound and tells a few people what happened, they tell Asha that she can never go back there again. She gets very upset by their reaction. She wonders how Christians such as themselves would not want to help this woman. Not knowing the harm that could come to her, Asha takes matters into her own hands.

Kimberly Rae has been published over 100 times in Christian books, magazines and periodicals. Stolen Woman is her debut novel, the first in the Stolen Series. Her first novel proves to be suspenseful and mysterious and while it is based on the difficult subject of human trafficking, the book contains a message of hope.

Kimberly Rae, who has lived in Bangladesh, along with other countries around the world, does a fantastic job of taking the reader right to India. With her descriptive words and phrases, it was easy for me, who has never been there, to picture it all in my mind.

I felt like I was there with Asha as she went to the missionaries' compound where she would be staying for eight weeks. And I shuddered as she accidentally discovered the red-light district where the evils of human trafficking took place. I could see in my mind both the beauty and the hopelessness that many encountered while visiting or living in Kolkata.

Stolen Woman contains many twists and turns that totally kept me guessing. Right when I thought I had it figured out, I was wrong. This book which is full of mystery and suspense also contains a great message of hope and redemption for those who seem like they are in hopeless situations. I could also personally identify with the message that no matter how bad we mess things up, God can turn our mistakes into something good. The book also contains a surprise element, which I thought was very sweet.

Whether you read Christian fiction or not, I highly recommend reading Stolen Woman.

Eventually Asha learns that this mysterious place she accidentally finds is the red-light district of Kolkata. Worse than that, most of the women (some of them young girls) did not have a choice in living there as prostitutes. These women were kidnapped, sold by family members or lured by fake job offers. Oftentimes, women who have been involved in prostitution cannot return home because their families won't take them back.

According to an article in the Wall Street Journal, India is the fourth most dangerous country for a woman. Not only is this due to the prevalence of human trafficking, but India is also known for female infanticide because of the preference for a male. Millions of girls and women in India are trafficked each year.

Even though this is illegal in this part of the world, authorities do not pay much attention to the matter and little is done to control or eliminate human trafficking.