Stories and legends of death and dying: Owls as messengers

Stories and legends about death and dying are abundant. They are part of the peoples mythologies, family stories, and native stories or local stories. This native stories that once started perhaps as a person's creativity, vision, dream, or perspective of an experience soon enough became a native legends. Many of these legends are now wide spread globally or intermix with new stories. They may or may not have been transformed in the process.

Examples of these are Harry Potter by J.K Rowling, the Percival's adventures, the legends of King Arthur, the Knights of the Round Table and the Grail--as well as the new mythology series for young people. Myths when integrated in our lives appropriately could be of tremendous significance said Joseph Campbell in Myths to live by. This is my reason for sharing one little knows yet fantastic story of owls as death messengers.

Among these, the folk tales or stories of owls as messengers of death are classics. The stories of owls announcing the death of a community or family member are usually not written, but instead belong to oral traditions of places such as China and the Americas.

In some of the legends, the owls come to meet the departing soul and help its transition to a different life state or stage. This is in agreement with peoples beliefs of life after death. The person who dies becomes spirit and returns to heaven said the Christian tradition. The spirit is free of its body and thus able to go anywhere, and take any shape, shamans and pagans would say. Stories of death involving owl messengers are now folk stories being told by Christians, pagans and many people who saw the Harry Potter series (were the owl was a messenger).

The person who is dying or that had died recently is said to be able to communicate with the living using animals or animal shapes. The possibility of this form of communication depends on the recipient own beliefs in life after death or just on that form of communication. I suppose that J. K. Rowling must have come across to similar symbolisms because the owls of the harry potter movies are messengers.

Different religions or philosophical traditions that support the idea of life after death have different symbolism and opinions regarding the end of life, rites of passage or life after death.

In some traditions owls are despised as evil and in such cases the bad or evil spirits are keep at bay using water.

These folk stories are not new. I did not invent them though in a way, I did. Folk stories are alive, as they are born, they are integrated by people into their own legacies. Yet these stories are as old as the Greek Goddess Athena and her companion owl.

In this small town where I was born, owls were considered messengers of death. I grew up hearing those stories, especially from my grandmother, but also from my mom and some of her friends. There is an owl singing near the kitchen ... Perhaps a person have died, they used to say. May it be that person x, who was very sick , had just passed away?

I say goodbye to my grandma when she passed away placing a white owl and some candles on a little table. The owl was not real, but it reminded me of her and her stories of passing. That day, I understood many things about life and death..about good byes and about animal messengers too.

I have come to see that stories is what matter for people. In fact the western world have been greatly influenced by the greek mythologies, the Celtics and Druids, and the many indigenous cultures around. The confluence of people in different regions that brought in their own stories created new mythologies and made the world even more interesting.

If you think of William Faulkner writing the Day when the Animals Talked Back, you will found that it integrates native peoples ideas that animal speak to humans.

If you are interested in the stories and how they create our perspective of the world, you need to get familiar or revisit Joseph Campbell works. For he said, all mythologies are works of art. Interestingly enough, I found out that marketers use the story building system to sell us products....They make the product look as part of our lives. I rather adopt Campbell idea that ''Myths are public dreams, [and] dreams are private myths." You could add that this is true until the dream escapes the dreamer and become a legend. The way we live our lives are is own way of creating mythologies.

Dedicated to the memory of my loving grandmother. 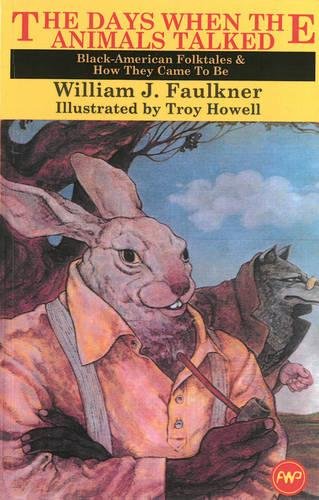 The Days When the Animals Talked: Black American Folktales and How They Came to Be (Young Readers)
Have you ever heard anyone saying that animals speak?
Buy Now

Japanese Death Poems: Written by Zen Monks and Haiku Poets on the Verge of Death
Zen monks and Hiaku poets leave us a legacy before passing. It looks like they knew...
Buy Now

Visit my other hubs