The Sumerian civilisation was an ancient civilisation which occupied much of what we now regard as modern day Iraq. The area was fertile, being bounded by the river Euphrates and the River Tigris and the civilisation progressed and developed in the milleniums before Christ. Sumerian became a written language and extracts of legends and myths have been found most dating from 2000 B.C. Most stories have been found written on tablets within the ruins of temples, however few are complete and knowledge of their language is still developing, so if you have heard another different version of a story, it could be because a different translation has been used or that it is an earlier or later translation of the story I am about to tell.

The ancient Sumerian legend of Enki and Ninmah told of the time when the world was first created. At the point of creation the Gods were born and were given roles in the managing of the land. from basket carriers to supervisors, depending on their status. A great amount of manual labour was needed in order to irrigate the land and to grow food for the Gods.

The Gods found this work too strenuous and asked that the chief God Enki find a better way for the work to be done. Enki was a water God who slept in a watery land known as Apsu and was awoken by his mother Nammu, who suggested that he create man, to do the work of the Gods.

Nammu, joined by Ninmah, another Goddess took some of the clay from the depths of the Apsu and used it to shape a form for man. Ninmah then declares that each human being would be fated to work hard for the pleasure of the Gods!

The legend continues that Enki and Ninmah start to celebrate the finding of what appears to be an easy solution to the problem and soon become drunk. They start a contest in which the first God creates a human being and the other God suggests a suitable role for it in society. Ninmah moulds human beings with physical deformities, the first three having deformities in the genital area and so Enki gives them positions as priests. When it comes to Enki's turn and a little more wine has flowed, Enki makes his being severely handicapped, unable to walk, stand or feed himself. Ninmah decrees that it is to always be like a child and live in the Goddess care. Ninmah is so angry with Enki for producing this being that she curses him and being quite powerful manages to condemn him to live in the murky waters of the Apsu until the end of time. 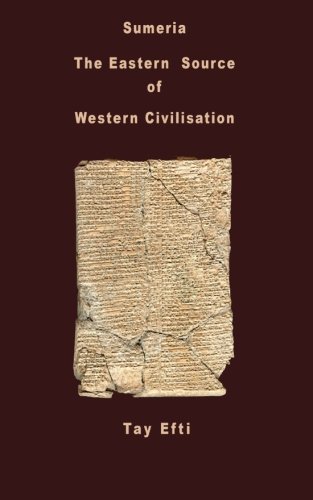 What do we learn?

What do we learn from this story? We could argue several points- the age old tradition of eunuchs acting as priests could have been usual in ancient Sumeria, certainly this was prevalent in ancient china . Secondly and the one I find most interesting, the concept that the heavily disabled person was to be cherished and to be loved and looked after, sitting in the Goddess's lap for succour and support. We often think that care of the disabled was a twentieth century phenomenon when income allowed for it , yet here it is an ancient civilisation advocating high levels of care for those unable to care for themselves. Just an idea from me, you may have others and I would be delighted to receive your comments, below.