The Art of War in the poem "Futility" by Wilfred Owen

War is an inescapable part of the human experience. It has been present since the emergence of mankind and will inevitably continue till the end of human existence. With all literary works, the writer attempts to evoke a specific idea, thought or emotion to the reader. Whether it is a short story, play or a poem; the author strives to achieve a universal idea within all readers. British poet, Wilfred Owen is most frequently known for his profound illustrations of warfare and its participants throughout his literature. His poetic countenances of war were most definitely influenced by his own personal experiences with warfare. In 1916, he was commissioned to the Manchester Regiment for the Great War. He spent four months moving in and out of the front lines in January 1917. During this time, he wrote of these occurrences to his mother, stating "I can see no excuse for deceiving you about these 4 days. I have suffered seventh hell. I have not been at the front. I have been in front of it" (Smith, L. M. 2011). This event emotionally scarred Wilfred for life. He was diagnosed with shell-shock, deemed unfit to lead the troops; thus he was sent to Scotland for psychological treatment. Before Owen’s untimely death in the fall of 1918, he had written many poems relative to the human experience of war. Some of his works included in this genre are Dulce et Decorum Est, Insensibility, Anthem for Doomed Youth, and Strange Meeting. The poem Futility recounts the death of a soldier in the aftermath of a battle. Futility conjures emotions of initial optimism following hopelessness for the soldier. Diction, metaphor and personification are elements which contribute to the emotive response of the reader and will further be explored.

The Great War: A Combat History of the First World War
Buy Now

Wilfred Owen’s elegy is a somber realization of a soldier who will not be returning home from battle. Futility is written with formal diction, “elevated in tone; it deals with the subject at a sophisticated level and uses metaphorical comparisons or technical specifications” (Clugston, R.W. (2010) 10.1). The tone of the poem reflects the bleakness, which describes the unwavering unequivocal death of the soldier. The poet questions the possibility the soldier may return from his spiritual departure with assistance from the sun. “Move him into the sun — Gently its touch awoke him once, At home, whispering of fields unsown. Always it woke him, even in France” (Clugston, R. W. (2010) 11.6). By the end of the poem, it is clear the soldier will not be revived. The persona is left with a sense of hopelessness and an understanding of war’s pointless purpose. This emotion is transposed from persona to reader.

Various literary elements employed by the writer connect the ideas, thoughts or emotions to the reader. Some techniques poets use to create reader’s experiences are narrative/dramatic poetry tools, diction; discussed in the previous paragraph, and sound/tone tools. Figurative language is another element which is prominent within the poem Futility. Metaphor and personification are two figurative methods, which are displayed in this poem. The metaphor is the more predominant of these two characteristics. The sun is representative as the giver of life in this poem. It is repeatedly referred to as the resurrector of life throughout Futility. The word snow relates to death and the dying process. The second stanza introduces the awareness of the soldier’s death by announcing the fall of snow. Clay is referred to as the body of the soldier. The poem further describes the clay surmounting in height, which can be interpreted to mean multiple soldiers lost their lives that fateful day. Perhaps one of the least ubiquitous characteristics, but a very important aspect of the poem is the use of personification. The sun is also representative of another form. It is implied the sun possesses human consciousness and is all knowing. This is conveyed in the second stanza, “The kind old sun will know” (Clugston, R. W. (2010) 11.6). Furthermore, the sun is described with human qualities. Perhaps the sun is to signify a God-like being and if it does not control the power to resurrect the life of the soldier, then all hope is lost.

Wilfred Owen’s poem, Futility produces the initial emotion of hope, but ends with the feeling of hopelessness. The tone Owen utilizes within the poem communicates a message of a useless attempt to save the life of a soldier, thus leaving the persona with a sense of hopelessness. The metaphors of the sun and snow are representative of life and death within the poem. The sun allows a glimmer of hope for the reader, with the anticipation perhaps the soldier will survive. But the promise of life is quickly destroyed with the appearance of snow, signifying death. Additionally, the sun is a personification of quite possibly the ultimate giver of life, conceivably God himself. If the sun is not able to bring the soldier back from death, then all hope is lost. Owen explains his motives for writing in this genre by stating, “Above all, I am not concerned with Poetry. My subject is War, and the pity of War. The Poetry is in the pity" (Thwaite, A. 2002).

Move him into the sun -
Gently its touch awoke him once,
At home, whispering of fields unsown.
Always it woke him, even in France,
Until this morning and this snow.
If anything might rouse him now
The kind old sun will know.

Think how it wakes the seeds, -
Woke, once, the clays of a cold star.
Are limbs, so dear-achieved, are sides,
Full-nerved -still warm -too hard to stir?
Was it for this the clay grew tall?
- O what made fatuous sunbeams toil
To break earth's sleep at all? 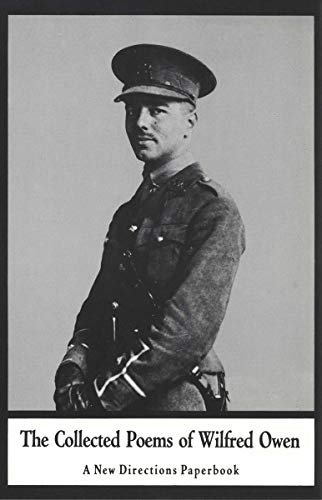