The Beauty And Wonder Of My Caribbean Watery and Sandy Playground

Have you ever just sat by the ocean and watched the games it plays with the shore?

I remember so much about my ocean. My ocean was sometimes as still and calm, that it looks like a mirror.

Sometimes it showed its fury....and every time I think of times that it has shown its fury it has been at night. Why is that? Do you know? Night-time. Why is it, I wonder…
Is it because the spirit of the storm delights in the darkness? Is it because it can unleash its most fury then? It can do that during the day, also, can't it? And do you realize that it is only when the ocean and the skies are strong enough and about to unleash their fury that they are named? Any other time and it's just water.

I miss my ocean!

I miss my ocean!

Sometimes she is in constant motion, ebbing and flowing with the tides, full of life.

There is so much beauty in my ocean, both underneath its waters as well as on above her.

The beach becomes her slate, where she carves out intricate designs with each wave that goes ashore. Her watery fingers caress the the beach, then I watch as they go back out, only to do it again seconds later.

My ocean has no cares and no worries. She does not wonder about the intricacies of life but carries on with her daily tasks of bathing the beach, and creating wonders for me to enjoy.

Occasionally she leaves remnants of her beauty for me to find. These could be seashells, the occasional starfish, sea weed, broken coral.

Depending on where I go, my ocean has temper tantrums occasionally, with burst of energy from blow holes. I sometimes sit and wonder just how long it took for her to carve out those holes to be able to blow bubbles like she wants.

GIve up your secrets.

My ocean has been a playground for my children. From swimming, to snorkeling, to swimming with sea creatures the ocean provides us with a plethora of "games' to occupy us for hours on end.

Watery or a Sandy Race Track

My ocean has been a watery race track for me, my children and so many of my friends who grew up with her in our backyard.

My ocean has been a site for family reunions, and reunions of friends who had not seen each other in a while.

My ocean provided a lot of first for me, as well as for friends and family. There is the first time that my youngest son, Nicholas, "captained" a boat on the excursion to Stingray City.

Then there was the first time I went skinny-dipping at night...so I guess my secret is out!

There was my first massage by a stingray.

There was also my kids' first kiss from a stingray.

The white sandy beaches of Seven Mile Beach became a slate for my children.

It even became a runway for my daughter.

A walk on the beach at twilight becomes one of temptation...Do I dive in or sit on the beach and contemplate the ending of the day as I watch the sun set on the horizon? I marvel at the beauty of the colors as the sun goes to bed, and washes the sea with its watercolors of orange, reds and yellows. I marvel at the Creator...the one who thought of such beauty for us to witness at the end of each day.

The sandy beach becomes my blanket.

As I lay on my ocean's sandy beaches, suddenly my thoughts become clearer. Questions that seemed impossible to answer now seem so much more profound and less troubling....and the impossible becomes possible. I am renewed. I am at peace and all my troubles seem to wash out to sea with each wave that crashes on the shore.

Footprints in the sand

At night as we slumber, my ocean washes away all the mistakes, all the debris, all the left over mess from the day before, providing us with a brand new slate on which to write more of our joys, and to create more happy moments. 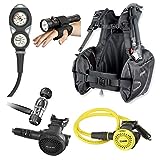 Have you ever been to the Cayman Islands?

Have you ever been to the Cayman Islands?