The 6 Best Internet Comedy Videos/Series of All Time!

If you're a fan of Cracked.com, then you may already know of comedy sorceror, Michael Swaim and his comedy troupe, Those Aren't Muskets! If you do then....well, that's good. Maybe you should move on to the next entry while I catch everyone else up.

Those Aren't Muskets, or TAM for short, "T" for even shorter and __ for shortest, get their name from a random quote in an old Star Trek: TNG episode and they have produced many wildly original sketches over the years.
Some personal favorites are: Future House (own a crazy house of the future today, unless your wife's a bitc...ahem), Zombie Majority (where honesty just isn't a viable option), Clitter,(the new must have product for women) Internet Party (where all your favorite websites come to life and mingle) and.....

Troopers is an original web series from the comedy site, Collegehumor.com.

It's a periodically updated show about 2 slacker Stormtrooper-esque crew members aboard a giant Death Star-like space station and their constant mishaps. It's best described as Star Wars meet Clerks and it is extremely funny.
Bonus: Aubrey Plaza occasionally pops up as the often captured, often escaping Princess.

They won't let me embed any episodes, so follow this link to a sample one (NSFW, contains words that your parents can use, but you can't.)

This concept is so simple and yet the execution is pure lunacy. It's simply the old Gi Joe PSAs that they put at the end of each episode redubbed for maximum crazy.
I'm not exaggerating at all, the humor is a very peculiar brand indeed. It's just so damn guano, yet you will be rolling on the floor and quoting this shit for months and months.

Here's a compilation of the best of (NSFW, contains Satan's poopy language):

Red Vs Blue: The Bloodgulch Chronicles

There's only a slim chance you haven't heard of RvB. The Halo-themed machinima series took the internet by storm a handful of years ago (author to lazy to research exact dates but he was out of high school at the time so he'll guess it debuted in.....2002?).

I have never been a Halo fan myself, but let me tell you, RvB is amazing. Witty, cleverly written, with frenetically-paced humor and memorable characters.
I personally feel that if you don't absolutely love Michael J Caboose in particular, there is something wrong with you.

Here is a clip to entice you to the show, or, if you are already familiar with it, a tasty reminder of it's brilliance (NSFW....you know what? Almost none of these are safe for work, if you haven't figured that out.)

Video game reviewer Ben "Yahtzee" Croshaw is an extremely hard to please British man who gives almost every single new video game he plays a scathingly bad review in fun little animated segments. That's the schtick and it doesn't stop there; he does it all with a very high-speed manic delivery.
You will almost always have to replay each video review to catch all the brilliant insults and observations, and it is so very much worth it. I don't even play 90% of today's video games but I still burst into laughter at Mr. Croshaw's original routine.

Do you like God of War? Here is Yahtzee's complete dismantling of it: 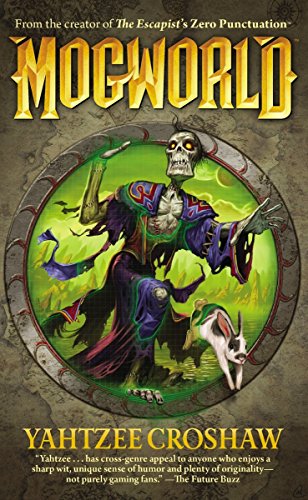 Another Collegehumor series, along with Front Page Films, this randomly updated series focus on a hilariously inept Batman who is afraid of Girl Scouts and robot vacuums, can't solve childishly simple riddles, and gets his criminal clowns confused from time to time.

The latest one as of this writing takes the scene from The Dark Knight Rises where (spoiler alert, as if you haven't seen the movie 8 times) Talia just stabs Batman and reveals her true intentions and turns it into a highly inappropriate and wickedly raunchy riff on how she "totally had sex" with her enemy, BadMan.
Bane cries at the end.

Here's one of my favorites:

and the nominees are....