Michael Lewis is an American contemporary non-fiction author and financial journalist. He has authored more than a dozen bestsellers, The Big Short: Inside the Doomsday Machine, Liar's Poker, Money Ball, The Blind Side and The New New Thing to name a few. He has also published many articles. A contributing editor to Vanity Fair, Lewis has worked for The New York Times magazine, as a columnist for Bloomberg and a visiting fellow at the University of California, Berkeley.

Narrative flamboyance, a rarity among writers, is found in abundance in this book. The story of Wall Street crash in 2008 could not have been put forth with more clarity and humor than by Michael Lewis. The Big Short details the current economic crisis in the US in a lucid manner. In this sequel to 'Liar's Poker', Lewis clearly points out the reasons for the current downturn of the economy and the perpetrators of the financial crisis.

The most crucial part of this book is his documentation of a few people like Michael Burry who knew the crash coming and made huge profits. These investors believed that the sub prime mortgages were useless and discovered new tools like credit default swaps and the ABX index. By these tactics, they were handsomely rewarded leaving the lower and middle class Americans in the lurch. Lewis explains in his impressive style, how they made their decisions and amassed profits much to the others' disbelief.

The Big Short is a very informative and entertaining book. The unique perspective of Lewis's knowledge of the industry and his writing style have made this book a big hit. Happy reading! 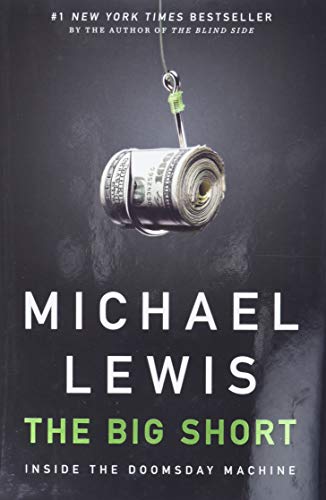 The Big Short: Inside the Doomsday Machine
Michael Lewis,an American non-fiction author narrates the story of the Wall Street crash of 2008 in a very clear and lucid manner in this book. He gives the main reasons for the down slide of the US economy and the people responsible for ruining middle class Americans' life.
Buy Now