The Blueprint - A 4-Poem Series

Three months after I was born, my mother left my father and took me with with her. She divorced him and remarried by the time that I was a year and a half old. My first step-father adopted me while I was still very young. In fact, until I was 20 years old, I believed that man was my biological father.

After I found out the truth of my paternity, I pretty much broke all ties with my step-father. If you read here, you will see why. I did my best to establish a relationship with my biological father, but there were occasions where we wouldn't speak for extended periods of time. I have no real reasons, but all the lame excuses are the same as those usually given by others, i.e. work responsibilities, family obligations, other life factors.

My father passed away suddenly in June 2008. Despite spending a lot of time with him a few months before his death, I realized that there was much that I didn't know about my father. I started asking questions. Through my mother, paternal grandmother and aunts, I learned many things about my father. These revelations led me to many wonders as to how I was at all like him. This series of poems explores those wonders. They also address the pain associated with growing up without knowing him or my paternal family, suffering the verbal and physical abuse of my first step-father, and trying to put the lies and secrets behind me. The words may seem simple and/or sophomoric, but the emotions are very intense.

The Blueprint (Part I)

You escaped under an aegis of lies,
All to save an innocent
From a psychosocial arena.

You forgot about the genetic blueprint.

Now that the avoided is departed,
Do you still hear his voice...
...see his face
In the one you protected?

Some things can't be erased.

One day, the truth won't matter,
Much like the soul
That grew to be not so innocent.

One day, the blueprint will be burned... 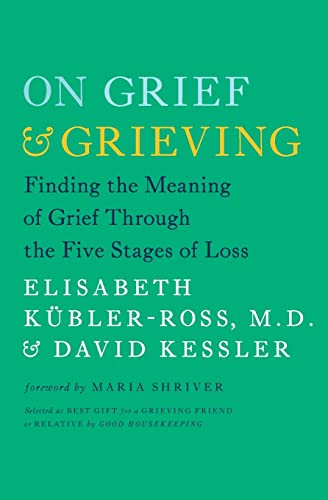 On Grief and Grieving: Finding the Meaning of Grief Through the Five Stages of Loss
Buy Now

She never forced
Your literal hand,
But you pushed
Her figurative one.
You hit, and she ran.
She saved a little one
From the habit you created,
But I’m not so little anymore.

She passed her pain to me,
And while carrying it,
I found a lot of my own.
I blamed her for so long,
But it was you.
Now, I can only scream
At a grave.

I’m not you.
You’re not my blueprint.
Without my own child,
Your pain dies
With me.
The blueprint is ashes.