Challenges are Fun! Participate in Rodric's challenge as they come and enjoy the muse of Writing each challenge brings. Express yourself!

The featured video is a retelling of the Christmas story in a social media rich environment. My purpose in posting it other than the fact that it captures the essence of my challenge is to demonstrate that retelling that sacred and well documented Christian event can occur.

The story is simple and fantastic at the same time. Essentially, if it was written today, it would be either sci-fi, my favorite, or fantasy. Think about it in a nonreligious context. Two people in love--promised to each other in marriage, Mary and Joseph--with the hope of a traditional wedding and family future only to have it all complicated by an unexplainable pregnancy. What should Joseph do? Is Mary deceitful?

Think of the possible directions of that beginning. Many of us may know the story well. Others of us are not familiar, but it is an opportunity to explore and expand our cultural capacity. Three Billion Plus people around the world accept the tale of Yosef and Miriam (Joseph and Mary) as it is written with slight variation. At least 2 billion Christians accept the tale as accurate and genuine. One billion Muslims accept the birth of Jesus as a miracle from Allah.

A little less than half of the world's population are believers in the story. It is a sacred and holy story to many of us. This Christmas Challenge is an opportunity for you, whether you believe in the faith or not, or in the accuracy or veracity of the Christmas story or not to tell it from your perspective! It is one of, if not THE greatest story ever told!

This is a yearly rolling challenge that started in 2016. It is to tell the story from genre perspectives by December 25, which is the cut-off day for the challenge. On that day, we as participants in the Challenge will read all the entries posted and determine which one is the most enthralling by voting on this hub. There will be voting sections at the bottom listing all of the articles by name, and more than one winner if there are enough entries!

I would love to offer more than just bragging rights, but I do not want the Hubpages Police to revoke my membership for violating rules.

The entries for the challenge will be divided into the following categories or genres. Dictionary.com describes genre as "a class or category of artistic endeavor having a particular form, content, technique, or the like..." You will choose your genre. I recommend writing in at least two categories--two different stories.

Daniel and Nephi: Eternal Friendship in a Land Ripening for Destruction
Welcome to 609 B.C. In a world of infinite mystery, where caravans rule the sunswept deserts and mighty empires grapple for ultimate power, the lives of a young prince named Daniel and a trader's son named Nephi to become entwined in an adventure that takes them along the razor's edge of danger and suspense as they struggle to save the life of a king and the fate of a nation.
Buy Now

Historical Fiction - Since many of us actually believe the story of Joseph and Mary, we can add some element to the story without changing the gist of the story. Historical fiction is taking actual events from history and adding to them fictional people to participate in those events. Usually, the story is then told from the fictional character's perspective. The story could also consist of true historical characters put in a context with each other that could have happened or one that casts a character out of time. As long as the historical setting is accurate, the story can fit.

One of my favorite authors, Chris Heimerdinger, took two characters, one from The Holy Bible, Daniel, and one from The Book of Mormon, Nephi, in his book Daniel and Nephi to come up with a tale of those two crossing paths, which appeals to Latter-day Saint, or Mormon Christians. To me, his book is an excellent example of Historical Fiction because it adds his perspective of what a meeting between Nephi and Daniel might have looked like.

Since I read the book and own a copy of it, I might be biased to its contents. I love the story as Chris tells it and the detail that he puts in the cultural aspects of the story. It is worth the money I spent on it. I can read the story again and again because it strikes a chord with me because of my belief that these two people existed.

Mary and Joseph are two people who I also believe existed. So, I expect your stories to strike me with the same force! 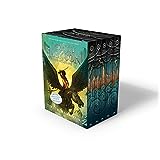 Fantasy - Fiction using supernatural means, magic even. This is a mythical telling of the Christmas story for those who do not believe (or those who do believe) would be to focus on the other-worldly concepts of a god being born as a human. Demigods have been in literature for centuries. A demigod can be the offspring of a god and a mortal, a mortal raised to divine status, or a lesser god altogether. Zeus (Jupiter) and his cohort have many stories attributed to them about creating offspring with mortals, Heracles (Hercules) being a well-known character with legendary tales attributed to him.

Rick Riordan is one of the most entertaining writers for children and teens with his series of Greek and Egyptian God inspired books. I have read them all! My kids have read them all. We have a library of Riordan’s works in our home with more to come. Percy Jackson and the Olympians, The Kane Chronicles, and The Heroes of Olympus--just to name a few--provide hours of imaginative reading for kids or adults about demigods and magic.

Mary is the mother of Jesus. Jesus’s father is God! In some traditions, Jesus is God incarnate! Think of the possibilities to turn this story under that genre.

Science Fiction - Combines science and fiction to tell the story--generally futuristic. The science can be theoretical--a mere possibility, speculation. There is no limiting the potential of this form. Mary and Joseph could be from another planet or aliens on a distant planet. Orson Scott Card, my favorite writer, has written so many sci-fi works I cannot contain it! Ender's Game is his most famous work--the entire Ender's Universe!

The book is about a human boy chosen to lead humanity in a war against an alien force wanting to destroy earth and use it as a colony to increase its kind. Mary could be a woman chosen to birth an alien child who would save the world from the destruction of the Sin Syndicate or something. I just gave someone a good idea!

Dramatic Retelling - Just what it sounds like, it tells the story in a visceral manner. The story may be accurate, but the emotions of the characters receive an infusion of artistic interpretation. Roman Empire: Reign of Blood aired on Netflix is a visually dramatic retelling of the fall of Rome by its last emperor Commodus, who was apparently a handsome and strong son of Rome's greatest philosopher, Emporer Marcus Aurelius. The story is retold labeling Commodus as the fool who brought down an empire.

This perspective can put some Life Time-like drama into the story. Imagine how Mary must have felt being told she was impregnated by God! Imagine how she must have thrilled over it! She may have had a panic attack! It is up to you to describe her emotions!

Combinations - Writing from more than one perspective is always an option. All the elements mentioned above can combine in one story to tell the greatest story ever! Again, Orson Scott Card does a great example of focusing elements from each of the listed genre-types I mention for this challenge. The Homecoming Saga is a collection of five books based on stories from The Book of Mormon that contain elements from the listed genres.

The characters are very complicated with sci-fi, fantasy, and historical fiction in piecemeal fashion included throughout Card’s tale. As a Mormon, I believe those stories, but they are placed in a futuristic, space travel setting that appeals to me. A tale of Mary and Joseph on a faraway planet with elfin angels and magical gifts of the Magi comes to mind.

The story must be at LEAST 1000 words for Hubpages. I want your article to feature.

Submit by December 25. We need to have enough time to read your submission.

Use One of the suggested genre types or a combination of them. It makes it easier that way.

Participate in Judging for best story categories and overall. For this to work, it requires a commitment by all involved

Share the winner with your fans, please. There, unfortunately, is no grand prize for this challenge other than our support for each other. Let us lift each other up.

All Stories will appear here as they are submitted up to the deadline. Please enter as many stories as you want to submit. As you follow the rules, they will be populated in the categories for all to see. Polls will open December 26, 2017.

The Winner of the Historical Fiction Category

The Winner Over All Entries Is:

Join the challenge and let's make some Christmas memories!