Abigail Williams: The tale of a rebellious teenager.

Back in 1692 the paranoia of witchcraft had reached epic proportions in the little town of Salem, Massachusetts. Arthur Miller's classic play The Crucible depicts this story in great detail. Abigail's impact in the story puts her in the publics' eye; she accuses innocent people of witchcraft and other evil doings. From the beginning it is obvious that Abigail's jealousy and lies will take her sins to another level. 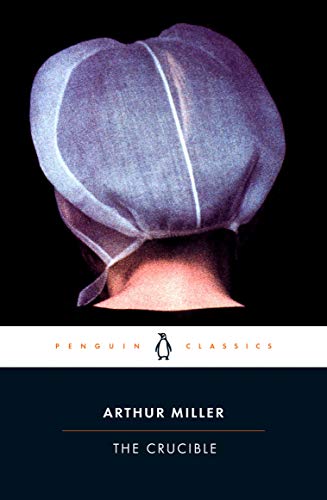 The Crucible: A Play in Four Acts
Buy Now

Abigail's jealousy gets to be her most prominent characteristic as the book progresses on. The subject of jealousy seems to grow for Abigail throughout the book, her need for Proctor gets stronger, only to end up hurting her towards the end. Her prosecution of Elizabeth Proctor, John Proctor's wife, makes Proctor realize that she is doing this for him, He says, "She thinks to dance with me on my wife's grave" (110). Abigail's jealousy and love for Proctor introduces the reader to her lies.

Abigail's vengefulness towards Goody Proctor lets the reader know that she is a sinner. She wanted Elizabeth gone so much, that she drank a potion in hopes to kill her. She broke apart John's life, making it ironic that she condemns other people of witchcraft. During her courtroom appearance she knows she is being mistrusted and so makes up lies about a strong wind that she supposedly saw Mary create towards her, she then says, "Oh, heavenly father, take away this shadow" to which then John replies, "How do you call heaven? Whore! Whore!" (109). Only now, do the people of Salem know that Abigail is not as innocent as she makes herself out to be.

Contrary to what she makes people believe, Abigail is a really cruel woman, who tries to hard to get what she wants. Abigail's affair with John Proctor leads to her jealousy and hatred towards Elizabeth and so she wrongfully convicts her of witchcraft, lying to the whole court. During her witness' confession of the girls' lies, she sins under oath making up lies about her enemies, she sins under oath making her the most talked about person in town, which then prompts her to run away.