The Decoding and Downloading of Dark Literature on Teens

Swathed in the darkness of her room, Hannah reads of mortal combats involving men who possess the power to infiltrate the mind. Weakening their opponent, the door opens a pathway to certain death. A death they will die eternally, a death of memories of what once was and cannot be again.

As she reads, she visualizes the scenery. She becomes emotionally involved and her heart beats rapidly with each word read. For some reason, she cannot stop the action, even after closing the book. She walks almost in a dream state, mechanically responding to those around her. Hannah becomes distant and withdrawn over the next few days as the story unfolds before her.

Reading made Don Quixote a gentleman, but believing what he read made him mad.

The door of an adolescent brain invites a plethora of emotional response to words read. Books can ignite wonderful emotions such as joy, peace, love, honor, to mention a few, but can also stimulate powerful feelings such as fear, anger, and anxiety.

According to an investigation by the Cambridge/Homerton Research and Training Center (2010), which researches children’s media, the current literature trend spotlighting dystopia and dark themes is quite concerning for parents. Our present teen books are a far cry from the early 1900 series The Hardy Boys and Nancy Drew books portraying youth as innocent while surrounded by innocuous adventure plots. Today’s adolescent literature is dominated by stories centered on violent death, sex, rape, abduction, and suicide sending extreme emotional responses to the brain.

Merriam Webster defines dystopian as an imaginary place where people are unhappy and usually afraid because they are not treated fairly; Dehumanized and often fearful lives. The Hunger Games, by Suzanne Collins is considered by some publishers to belong in this category of literature. It makes a political statement merged with the human need to survive tyrannical forces. Throughout the book, the reader experiences suspense within scenes of oppressive societal control. Scenes visually illustrating mutilation, torture, and death. True, it is quite similar to current world situations and perhaps this is the reason teens are drawn to such writings. Teens long to escape reality. Books provide an appealing and engaging diversion. However, downloads of dystopian literature may negatively affect some young people. 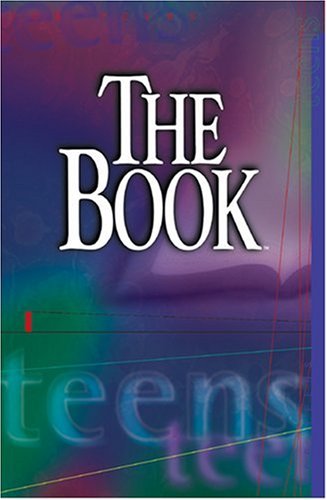 Fiction draws teens more so than other types of literature. Boys especially love books centered around adventure including violence. Some parents worry a child will act on what they read in real life. This is making the assumption a child cannot differentiate between fantasy and reality.

Neuroscience studies prove spots in the brain respond to emotional stimulation leaving deep imprints which may leave a young adolescent vulnerable and unstable socially. An adolescent brain under development reacts to words read through the literary arts. Yes, literature is an art that paints mental pictures. The creator (author) wishes to stimulate its audience through “print” images. Stimulation through reading dark literature rouses the senses as the reader empathizes with the character(s). These imprints are stored in the brain and retrieved automatically as needed under certain circumstances such as reflecting on events (past and future), or self assessment of personal situations.

I recently read an article in World magazine (8/9/2014) by Emily Whitten about a young man who committed suicide. His parents believed books on death and suicide may have mentally contributed to his death. A classmate shared the required high school books read that year highlighted life as meaningless and without hope. His parents stated, “For one who is healthy or naïve, these books may offer a glimpse into a darker world.” His father goes on to say that in his son’s case it “was like filling his pockets with lead before a swim in the ocean.”

Teens are attracted to stories of violence and fear, even though parents try to protect them for such readings. If a youth wishes to read a certain “dark” book, in most cases -- a way will be found to obtain it. Our world is filled with violence today and many authors believe children should be exposed to the reality of life. The question is: does the book’s theme have redeeming value for young readers whose minds are so easily influenced, minds that cannot differentiate at times between reality and fantasy?

The Brain System: Absorption of Words

Who authored these inspiring memorable novels?

What Can A Parent Do?

Expand the definition of "reading" to nonfiction, humor, graphic novels, magazines, action adventure, and yes, even websites. It's the pleasure of reading that counts; the focus will naturally broaden. A boy won't read shark books forever.

Below is a sample of books considered appropriate teen literature. These works of fiction provide reading enjoyment with virtuous instruction. I realize books such as Divergent and The Maze Runner are popular reads with teens today. The movies based on these books are thrilling! Remember, nurturing your adolescent through these years is going to help them establish good reading habits. Habits that will eventually lead to excellence of character.

On a side note, I have met authors Robert Liparulo and Jerel Law and heard them speak about their purpose for writing teen literature. Their books contain violence but also guide young readers to value concepts reminiscent of love is stronger than death. They write to reflect the truths youths face in today's world but with intentions to inspire life-long virtues such as beauty, joy, faith, love, and hope.