The Dropouts synopsis - an autobiographical account by The Bard of Ely

Back in the late sixties Timothy Leary was advocating that people should “turn on, tune in and drop out,” but convicted killer Charles Manson said this was bad advice. He knew what the young people were dropping out into and it was not a good world to be part of.

Many people look back on the sixties and think of it as a time of peace and free love, of flower power and pop festivals. But in reality that was just a media image. Those who dropped out often entered a world of madness, crime and poverty, much worse than the lives they were running away from. Where are the ageing hippies today? Many of them died young. Drugs and self-destructiveness are killers.

The Dropouts is a collection of autobiographical stories as remembered by a survivor of those times. In its 10 chapters it looks in graphic detail at drug addiction, insanity, sexual promiscuity and decadence.

The book should appeal to anyone who lived through that time and any younger people today who want to find out what it was really like being a hippie.

Surnames have been omitted and some names changed. People often don't like being identified. The stories are how I remember them though.

“Downers” was the slang name for sedatives such as Tuinal and Mandrax. The author ended up a barbiturate addict and by the age of 21 was on the sick and unemployable. He got hooked on the drugs after his first girlfriend dumped him. He reveals what it was like sleeping in telephone boxes, being kicked out of a friend’s flat for urinating all over his fireplace, and throwing a fit at his parents’ house.

How the author ended up living in a squat in Camden Town after meeting a girl at the Windsor Pop Festival. The only rules of the place were if you value any of your belongings hang on to them or they are up for grabs. There was no gas, electricity or running water. All the squatters were drug addicts, alcoholics, mentally ill or political extremists. Big Mick, a former Hell’s Angel, was known for being the one to sort out any trouble. How he takes Datura, becomes a reformed character, and goes back to his wife and family.

The New Moon Club was a venue where rock bands played and Cardiff’s hippie types congregated. It was in a redbrick building overlooking the Docklands and up a rickety fire-escape behind the fruit market. It was the place to be. Drugs of all sorts were in use and on sale. It was where the author went on his first full acid trip. But this sort of place attracted some violent criminals too. Whilst in the toilets, the author was threatened with a knife by Mano, a dangerous ex-convict, who wanted a silver heart-shaped pendant the author was wearing.

The Nightmare of Elm Street

The author and two other friends move into a house in Elm Street owned by his friend known as Rod the Mod. It seemed a great idea but things started to become like something out of The Young Ones TV series. Rod has a fire out the back garden in the early hours and the fire brigade is called. Jill, a girlfriend of Adrian (a tenant) threatens to axe the front door down. Rod is bullied into getting married but tries hiding out in the attic until the wedding day is over.

The Dropouts - old drawing of Steve Andrews/Bard of Ely

After meeting Celia and Lesley, two female art students, the author gets invited to move to Newport and share a flat with his own bedroom in the attic. He starts a relationship with Celia and accepts. The chapter includes the New Found Out scrumpy pub and some of the hippie types the author met. How he got locked up in the attic once when Celia’s parents called round. Haydn and Dawn who were neighbours who had 35 cats they believed were the “eyes of aliens.” Patches, a junky, breaks into the author’s room and steals his guitars.

The author is invited by a friend called Hwyel to share a large 3-bedroomed flat in Cathedral Road and he moves in. Bob, a busker and bakery worker is the first sub-tenant. He has an airgun and shoots up a photo of himself, and indulges in a 12 hour Hare Krishna chanting session. Rod the Mod we have already met moves in and the author and Rod nearly drown after stealing a rowing boat in Cardiff Docks. The author meets Jonno and girlfriend Debs looking for somewhere to stay so he says they can use a vacant room. The flat gets raided and they were arrested for drugs.

The author hitches to Watchfield Festival with Mike N and realises it was a bad move from the start. Mike N is an Oxford University dropout and chronic abuser of any and all drugs and is on a real bender and swigging gin as they hitch. At the festival he gets worse. The author spies Patches who stole his gear and asks a policeman to arrest him. The policeman does nothing. The author confronts Patches who curses him out for having ‘grassed’ on him.

The author meets Jan for the first time at the Moon Club. She is dressed in a white sari and has oriental make-up and with Mike N. The author walks her home to her small bedsit in Claude Road and stays the night sleeping in her single bed. This is the beginning of a long relationship and a move to a shared flat in Connaught Road. Jan invites a messed up guy she and the author had met in a park to move in. He signs his name as “Robert Woodside, Definitely 999”. Mike N takes Datura in the flat and talks to a satin jacket he thought was the most beautiful woman he had even seen.

Bard of Ely in hippie gear

Fear and Loathing in Roath and Laugharne

The tenancy ended but Jan and the author find a large bedsitter in a house Bob, whom you’ve met earlier, was living in Richmond Road. On the top-floor lived Stan, a drugs-user and small-time crook. A pimp called Scotty, along with prostitute Dusty, moved in as his guests. Scotty, girlfriend Trudi and the author go on a crazy car journey to Laugharne. The car had a broken windscreen and was stolen. Jan got pregnant that year and had a baby boy but then had a major breakdown, and ended up sectioned. The author became a single parent and the house was up for sale.

A council house in Ely

A council house in Ely was on offer and the author jumped at the chance. Within weeks though, he ended up with former squatters he knew all moving in to the two-up and two-down council house. Steve D, who had had mental and drug problems for many years, often called but one night decides to hang himself using the washing line. The author joins Scientology and all the ‘druggies’ get out of his life. After leaving the cult he meets with King Arthur and becomes a druid. He also meets Fred Frantic a very funny singer-songwriter with a punk hairstyle. Fred becomes a junkie and dies of a heroin overdose. 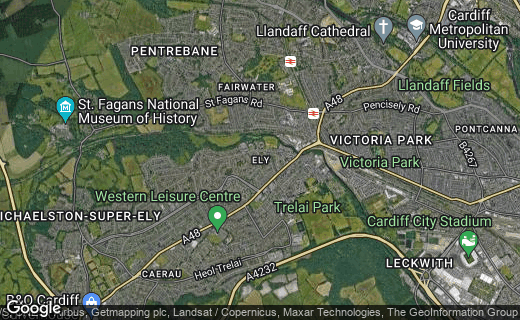 Links for The Dropouts