My parents didn't have to give me a name. I was known as the Fat Girl.

This was years before kids were supersized. Long years ago when there was one, maybe two Fat Kids in an entire school.

When being Fat was as close to freak as anyone wanted to get.

To offset my physical handicap I tried to be jolly and have a great personality.
Tried to be kind and helpful.

The final straw came in Junior High. The boy I was insanely in love with happened to be standing behind me as I sat and sewed a costume for the school play. One of his friends was trying to convince him to go to some fete and he responded;

"I'd as soon go to Martin's party as I would date the Fat Girl."

One of his friends gave him a nudge, said something like;
"You mean the waitress by the canteen?"

As there was a mirror in eye reach I saw the nudges, the head turns, the cover up...not wanting to wait to the backtrack lie I jumped up with this beaming smile as
if I hadn't heard, and said;

"Good as new!" handing the costume to its owner then reporting to the bathroom where I could cry my guts out.

Can't Take It Any more

I was the Fat Girl.

My parents had tried to get me to diet and diets always failed. There seemed no way to escape this blubber. And the horrible life this blubber condemned me to.

Suicide was my only option.

Now to decide on method...poison was the most pleasant.

Then I thought of my parents. I couldn't have them find my dead body. I'd have to do it in some far away place under 'accidental' circumstances.

I would join the Peace Corps, get sent to Behind The World, poison myself, then jump in the sea so I could drown. This would be a kind of 'proud' death, especially if I had been the hero of some village in Behind the World.

So here was the plan.

Get through Junior High, through High, get into some college, join the Peace Corp get sent somewhere and kill my self.

This put me in a state of perfect peace.

Unlike other kids who had time, I had just so many days left.

Nothing bothered me.
I felt so above it all.

Here were kids who didn't know what their future would be. Here was I, who knew, as if I'd read the book last week, how it would turn out.

I got through High School then into college, applied, was accepted into the Peace Corps and flew to Behind the World.

it was a total culture shock.

The place was beautiful, the food was horrible, but I was so busy and useful that
I scarcely had time to eat anyway.

The reason I was so busy and useful is that when I killed myself I wanted my folks to be able to brag about all I'd accomplished. Hence I had to accomplish something; create something, organise something.

So not only was I in a strange place, I was a strange person.
A person who was driven.
A serious hardworking committed person who had no time to feel sorry for herself.

Working so hard, sweating so much, I ruined my clothing. I had to go to town
because all my bras had sogged out.

Measurerments in Behind the World were in centimeters. I had no idea what size I wore so had to try on everything.

I picked a size a bit tight I would wear on the last rung so that it would last a long time, for bras always stretch out. I picked up some panties as well.

Six months later the bra was on it's tightest setting and dropping off and I realised I had lost a lot of weight. It didn't really dawn on me until then.

I looked at my 'Enemy' (The mirror) and I was almost 'normal'.

Having a chance to experience 'normal' before I died, I bought a nice outfit, had my hair done at a hotel.

Sure it was expensive, but I had no reason to save money as I had set my suicide to fall two months after my birthday.

I hadn't killed myself when I was twenty, (as planned) because I hadn't done
enough to give my parent's anything to say. I had been forced to extend my
'dead line' to twenty one.

Now it was pushed back to twenty two.

As my contract was nearly up and my death virtually 'booked', I decided to enjoy Behind the World. I treated myself to this and that and attracted the attention of a man.

Romance should be a good experience I thought.

I had ben here long enough to know that just about everyone wanted a VISA to America. I hadn't dated, hadn't gotten close to anyone during my first stay because I had to accomplish something befroe my suicide.

Now that I had lost weight and looked okay I figured to give myself the experieince of romance.

A lot of men, many with money and position wanted to date me.

As I knew they wre only looking a VISA I was not going to have sex with them.
I wanted my first time to be with the 'ideal' man. Even the Ideal man of this behind th world place.

Interestingly I met another Peace Corp worker who was fairly close to my ideal
man. I figured it was a better bet to have a relationship with him than a local,
for he would not be looking for a VISA. 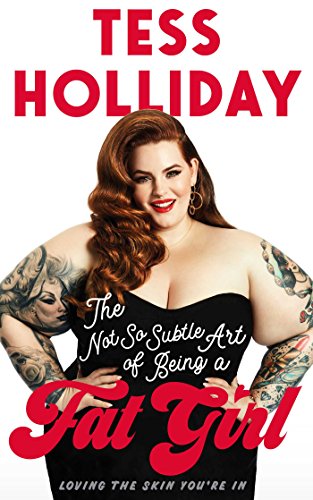 The Not So Subtle Art of Being A Fat Girl: Loving the Skin You're In
Buy Now

Can You Believe It?

Georgie and I became an item.
He had no idea that I was just looking for the experience of romance before suicide. He thought I really liked him.

I felt so bad about it I couldn't eat.

I lost even more weight, not because I was dieting but because I felt so guilty.
Georgie really liked me, and I was using him.

Then he asked me to marry him.

Suddenly I realised that there was no reason to kill myself.

I was attractive, a man wanted to marry me, and Junior High School was a very long time ago.