The History of Children's Books

Rosie is a library media specialist. An avid reader and life-long learner, Rosie enjoys sharing her knowledge and expertise in many areas.

Snow-White and the Seven Dwarfs: A Tale from the Brothers Grimm (Sunburst Book)
Buy Now

The Beginning of the History of Childrens Books

The history of children’s books goes back to the emergence of the idea of childhood, late in the 17th century. The concept of childhood was influenced by John Locke’s published work, first among the wealthy, later trickling down to the masses. The idea of children reading for enjoyment was unheard of before this time, and books were only available to the prosperous for a long period of time.

The first books were written in an authoritative tone, instructing children on how to behave appropriately. The best stories were the ones that were told from generation to generation, including fairytales, myths, and tales passed on from one to another verbally. Many books, originally written for adults, later became books that children sought out because of their magical nature. Aesop’s Fables, Gulliver’s Travels, and The Hobbit, are present-day examples. Still, the Hornbook, meant for instructional purposes, was popular from the 15th through 17th centuries.

Surprisingly, in 1657, Orbis Pictures (The World in Pictures) was published. It is referred to by many as the first children’s picture book. It did not contain officious wording, but was intended for pure enjoyment, with its creative woodcut illustrations and unpretentious text. Later, Charles Perrault would publish a collection of fairy tales that are so popular today, everyone knows them. Tales such as “Cinderella” and “The Sleeping Beauty” have been rewritten, retold, and remade repeatedly over the decades. Even so, most people are familiar with the original stories, made popular by Disney.

The next trend in children’s literature was Chapbooks, introducing stories such as “Robinhood”. The high-interest in these books led to the exclusive publishing of children’s books by Newbery. This was a new age of books, as these children’s books were meant to be enjoyed by young people. The Grimm Brothers published several oral folk and fairy tales, such as “Rumpelstiltskin”, in the early 19th century. Then came Hans Christian Anderson’s new tales, such as “The Ugly Duckling.” Later, Edward Lear’s, A Book of Nonsense, and Robert Stevenson’s, A Child’s Garden of Verses, became very popular among children, and remain popular today. Many other notable books were published in the 19th century, including the genre of science fiction. Characters in books began to take on more interesting personalities, which children and adults could make connections to. In Little Women and The Adventures of Tom Sawyer, we see this trend. Children’s book illustrations became more notable as well, leading to the Randolph Caldecott Medal and Kate Greenaway Medal, awarding illustrators today for eye-catching illustrations.

By the 20th century, children’s literature had become a permanent presence. Beatrix Potter brought the first modern picture storybook, The Tale of Peter Rabbit, and L. Frank Baum gave readers the first American modern fantasy with The Wonderful Wizard of Oz. The animal fantasy genre gained popularity, with books like The Wind in the Willows. Later emerging, were the series books, while popular, often lack literary quality. Controversial and untouched topics, dealing with real-life crisis scenarios, began to be addressed in new children’s literature. Judy Blume’s, Are You There God? It’s Me, Margaret, and Christopher Collier’s, My Brother Sam is Dead are a couple of examples. 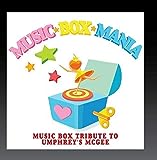 Traditional fantasy includes stories handed down through generations orally. They are part of tradition and their authors are unknown; they are usually published in collections.

· Snow-White and the Seven Dwarfs, by Grimm Brothers

Modern fantasy is the genre described by fantasy stories whose authors are identifiable, and which originated in print form. Current day authors and authors from the past share this genre, based on the story containing some sort of magical element.

· The Chocolate Touch, by Patrick Catling

Science fiction is about imaginary events based on science-related, fictitious scenarios. The difference between Modern Fantasy and Science Fiction is being that the latter genre is not based on magical or unexplained events.

· The Hunger Games, by Suzanne Collins

Historical fiction is defined as a story about people that takes place in the past. Most often, the main characters tend to be fictional, while the setting and events are drawn from true historical accounts.

Contemporary realistic fiction is a fascinating account of people in our present-day time period. Depending on the reader’s age, the genre could be considered Historical Fiction.

Biography is a nonfiction genre that gives an account of a person’s life. They focus on important events and sometimes give vivid details about a person’s personality and character; the use of reliable resources is vital to this genre.

Informational is a nonfiction genre that can cover a vast array of topics. This genre has evolved more than any other in the recent past, from format to number of books and topics published.

· Smoke and Ashes, by Barbara Rogasky