Another very intense, complex, witty, urbane and perceptive writer is Spanish novelist, Javier Marias, a contemporary writer and author of many novels. His most recent novel is The Infatuations which was originally published in Spanish in 2011 and has just recently been translated into English and hit the New York Times Bestseller List this year. (2013)

Marias wasborn in 1951 in Madrid, Spain. His father was the renowned philosopher Julian Marias who opposed Franco, Spain's longtime dictator, and therefore was banned from teaching in Spain. So, he immigrated to the U.S. and taught at Yale University and Wellesley College; therefore, parts of Javier Marias childhood was spent in the U.S. After Franco's death in 1975, they returned to Spain.

Marias began writing seriously at the age of seventeen, but actually wrote his first novel at fourteen years of age. He attended Complutense Universidad de Madrid where he translated English novels into Spanish. Today, he is a Spanish novelist, translator and newspaper columnist.

He lectured at the University of Oxford from 1983-85 in Spanish literature and translantion. In 1992, he published his break-out novel, Corazon tan Blancos (A Heart so White) which was critically and commercially acclaimed worldwide.

Today, he operates a small publishing house, Reino de Redonda, and he writes a weekly column in Spain's national newspaper, El Pais (The Country). He was elected to seat R of the Real Academia Espanola (Royal Spanish Academy) in 2006 a prestigious award and honor.

His most recent novel, Los enamoramientos (The Infatuations) is an intellectual murder mystery thriller. It is a thinking man's mystery. It is meant to philosophize as well as tell a story, with Marias getting the philosophy bent from his father.

He as a very unusual writing style, writing in very long sentences and very lax with his use of punctuation, many times writing run-on sentences punctuated only with a comma thrown in here or there, because his characters thoughts are just as important, if not more important, than what they say or do. 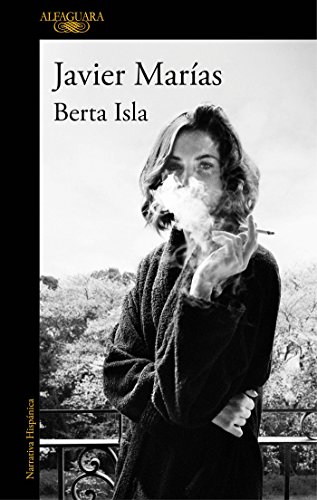 Would you read 'The Infatuations' by Javier Marias?

The novel by Javier Marias

The novel is high-brow and dissects itself through the characters' thoughts. It is most important what they are thinking, and it is so important what they think, that he puts quotation marks around those thoughts as if they were dialogue. By doing this, it blurs the distinction between what is said and what is thought to the reader. Marias believes our thoughts are stories we constantly are telling ourselves.

His fiction story is told through the narrator's eyes, Maria Dolz, and she is an editor at a Spanish publishing house in Madrid, Spain. Each morning, before work, Maria has breakfast at a cafe and while sitting at her table, observes 'the perfect couple,' who also eat breakfast there each morning. They are Miguel and Luisa, an affluent couple - he is older, 50ish and she is younger, 30ish, and they have two young children who sometimes are with them at the cafe in the morning.

To Maria, who is single, they are the idealized couple that she studies from a distance. She thinks up different stories about them as she quietly observes their interactions and how they talk and respond to one another.

One day, Maria introduces herself to 'the perfect couple' and finds out that they have been observing her, and the husband, Miguel has christened her, 'the prudent woman.' Maria believes they have the perfect marriage and becomes friendly with Luisa at the cafe.

But, alas, tragedy strikes. Miguel is brutally stabbed to death (sixteen times) on the street by a crazed homeless man in a senseless act of violence. When Maria hears about the incident, she visits Luisa, the widow, at her home to convey her sympathy and while there, meets Miguel's best friend, Javier Diaz-Varela.

The novel explores the relationship Maria has with the widow, Luisa, and Miguel's best friend, Javier, following the murder. Soon Maria and Javier become lovers and this is when the novel really begins to get interesting . Notice the two main characters, Maria and Javier, are named after Marias, himself.

Marias draws us into this discovery and searching process through three literary allusions. Macbeth, by Shakespeare, The Three Musketeers by Dumas and Le Colonel Chabert by Balzac. Maria and Javier discuss, in depth, these three works which all deal with murder. These three works give complex explanations of why people commit extreme acts of love, anger, mercy, and betrayal. As readers, we struggle for mental traction during these discussions.

Maria has learned that Miguel was killed by a madman, but several times, through her thought process, changes her mind and our (the reader's) perspective on murder. Miguel was definitely murdered, but really by whom? This is what Maria has to discover and find out.

Miguel's last name varies and there are alternative versions given throughout the novel, which means death is certain but identity is not. ". . . people are not only made up of what they are, but also what they are not, what they lack, what they might have been, wished they had been, are uncomfortable with having been, etc." All the ghosts of a person are present at the table.

Marias sentences are long with a tangle of tenses that confuse the past, the present, and the future of remembered anticipation or speculation. For example, Maria is thinking:

"There's still time for him to die tomorrow, which will be the yesterday of the day after tomorrow, assuming I'm alive then."

Try parsing that sentence correctly. This is the magic of Marias' writing. The statement is not totally true. Whether the character is alive or dead, it will still be the yesterday or the day after tomorrow. Therefore, consciousness does not always have common sense. There is a very thin line that often times is blurred and separates nothing in our minds. Marias believes once something is done or said it is immediately in the past, although most people blur the idea of past, present, and future.

His punctuation, or lack of it, in his long sentences is important to Marias' conveying this confusion of the passage of time; past, present, and future. He uses long, run-on sentences sometimes that are only separated by a comma. He doesn't use the hyphen to stop or break a thought when he should use it. He purposely breaks grammar rules when conveying his narrator's thoughts because that is how we think.

Categories of thought we take for granted have fragile or nonexistent borders. Our memory of events depends on turning our experiences into a narrative. Our understanding takes place in the context of "the darkness that surrounds and encircles any narrative." (Marias)

Marias is fascinated with uncertainty and how it affects his characters. Maria, like Miguel's murderer, stabs again and again at telling the truth and she has to keep striking to get to her objective.

Therefore, precision is elusive and so is love. All the characters are in a chain of frustrated and unattainable romantic love and are sleeping with substitutes for the person they really love. In the meantime, they are sketching and conniving relationships they hope to attain or improve on later, even if they have to dispose of the person they imagine stands in their way.

Nothing attracts evil and evil's anger and envy more than 'the perfect couple.' Look at Adam and Eve. Envidia is Spanish for envy and The Infatuations is envy turning to betrayal. Often this passion, envy, is encompassed in those who are and who we believe to be our closest friends - those we trust - and they are far more dangerous than our declared enemies.

This brutal murder turns our narrator, Maria, into a detective and the novel becomes a meditation on crime and punishment and its shifting position throughout the novel. So many crimes go unpunished, and so many minor crimes go punished and sometimes over-punished while serious murderers, like Spain's Franco, die peacefully in their sleep.

Although the novel is intense and serious, Marias does provide some comic-relief from his intense philosophizing. The character of Garay Fontina is a treat as a vain and self-serving writer who is preposterous and hilarious in a scenes with Maria.

Fontina is Maria's least favorite writer-client because he is always schmoozing, is cheap and is expecting free handouts from her boss. He calls Maria and asks her to send him two grams of cocaine so he can describe the color correctly to his readers in a novel he is writing. She doesn't suffer fools gladly, and after quite a discussion finally tells him, yes, she can send it for his 'examination' but he'll have to pay for it and it is quite expensive. He declines. It is one of the funniest parts of the novel where he is present.

This novel is intense for the most part and not an easy or quick read. It is a murder mystery thriller and you will be surprised by the ending as it has a little twist at the end, that goes along with Marias' philosophizing throughout the novel. Through his novel, Marias holds a light into our dark corners as human beings and also into our thought processes.

Note: I read this novel in English.