About ten years ago, I was the editor of an online Tolkien fan forum's newsletter, The Last Homely Herald. The Herald has vanished from the web, so I'm resurrecting my old monthly cartoon, "The Khazad-dûm Tinies," in honor of the new Hobbit film.

This is, obviously, a parody of J.R.R. Tolkien's The Lord of the Rings crossed with Edward Gorey's

Gashlycrumb Tinies, a poster that was ubiquitous among my college cronies. Parody is fair use. Their copyrights are held by Gorey's estate and Tolkien Enterprises, but this artwork is mine.

A Is For Arwen Who Missed the Last Boat

Arwen accidentally gave her E-ticket (for "Eldar") to Frodo. One wonders how he managed to get on the rides with a height requirement.

(The sign says, "Please declare all rings of power and mortal guests prior to boarding.")

I should also note my old sketch of Frodo's departure from Disnilond (lond, Elvish for "haven" or "harbor.")

B Is For Boromir Who Punctured His Coat

In the grand tradition of Isildur, of course.

While we're on the subject of Boromir humor, let me take you back to internet humor circa 2001 for Boromir's Imaginary Phone, Ninja Wizards and the Catapult Plan.

It was a sillier, simpler age, when creating animated videos and Photoshopping were about as difficult as teaching oneself Elvish. Not that we didn't waste a lot of time doing both.

C Is For Celeborn, Outclassed By His Dame

I wonder if Celeborn hated Galadriel's Ring of Power as much as modern spouses hate their partner's mobile devices:

"Stop fondling that thing and talk to me, honey!"
"Just a sec while I finish texting our son-in-law."

It's been so many years now that some of you may not have heard of the famous "Very Secret Diaries" of Cassie Claire, including Legolas' tag-line, "Still the prettiest!"

D Is For Denethor, Slightly Insane

I need to redraw this one. The seat cushions say "The king is a stink" (old "

I drew this before The Two Towers special edition was released, revealing what the films' Denethor was going to look like. At the time I was imagining him as a cross between Patrick Stewart's Captain Ahab and King Haggard from The Last Unicorn.

E Is For Éowyn, Whose Coz Kicked The Bucket

No, it doesn't scan. Neither did Gorey's.

The "Team Med" poster is for one of the other community forums on the LOTRPlaza: Meduseld.

Also, this dates to a pre-Facebook, pre-YouTube Age when humor was much simpler: whence the popular Badger Video meme and its LOTR parody.

F Is For Frodo Who Can't Seem to Chuck It

This was drawn before I discovered that tasteless R-rated Saturday Night Live spoof of the Council of Elrond.

G Is For Gimli Whose Beard Needs a Comb

Poor Gimli. He was a far more competent, thoughtful and dignified character in The Lord of the Rings than Peter Jackson gives him credit for.

Also, if he were anything like most Dwarves, his beard was nicely braided to keep it from getting caught in his axe.

H Is for Haldir Who Should Have Stayed Home

Fanfiction is generally looked down upon.

But when a bigshot director decides by golly, I'm going to throw an entire elf army into this story, and then have them all vanish — poof! — at the end of the film!

On the whole, I suspect Haldir would've preferred Tolkien's script, however.

I Is For Isildur for Whom Arrows Itch

Poor Isildur. He's another one who was reduced to a caricature in the films.

Isildur didn't desert his men in the original tale, where he was actually taking the Ring north to Elrond to ask for his counsel. When Isildur's army was attacked by orcs, his own adult son insisted that he had to slip on the Ring and escape to keep it from falling into enemy hands.

J Is For Jewelry It's Better to Ditch

I forgot about Maedhros and Maglor, come to think of it. Not Ringbearers, but same basic problem.

Frodo comes from a long line of unlucky trinket-bearers.

K Is For Khazad-dûm, In Need of Remodelling

Graffiti says, "Uglúk Was Here." Oops. Wasn't he one of Saruman's Uruk-Hai? 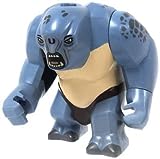 L Is For Legolas Whom Fangirls Keep Ogling

They're taking the hobbits to Isengard! (stupid soundtrack warning)

Ahem, sorry, putting this page together keeps giving me flashbacks to stupid LOTR humor from ten years ago.

Speaking of Legolas. Be warned, parents of teenaged girls. If you don't already know the name "Thranduil," you will shortly.

Trust me on this.

M Is For Mithrandir: Where's He Gone This Time?

Why did Glorfindel disappear from The Fellowship of the Ring?

Too powerful. How can you get your party into serious trouble with that dude around?

Gandalf presented Tolkien with the same problem, starting back in The Hobbit. So Gandalf was forever falling off of bridges, gallivanting with eagles, playing laser tag with the Necromancer, ducking out for a smoke, etc, just when you needed him most.

This is where I ran out of steam: with a tepid rhyme. Also, I belatedly realized that the next couplet, "O Is For Oliphaunt Who Packs a Big Trunk / P Is For Pippin Who Has Lots of Spunk," was unfortunate. I never figured out how to replace it (I was so looking forward to drawing an Oliphaunt toting a suitcase up to a Las Vegas style hotel based on the Black Gate).

A pity. I really need to redraw all of them at modern resolution, tidy up the lettering, and finish the alphabet.

One more for the road. Years ago, a reader with the handle "Yohshee" drew a fanart for the Khazad-dûm Tinies: click link to view his sketch for Y, Yavanna.