The 'transitionals' had been in place on earth for thousands of years, since the times of the pharaohs. They came from many light years away and using a human body as a host became influential personages on the planet earth. The old woman is one such person and now is her time to be reborn again and fulfil her new mission just as she had done so many times before.

The Old Woman of Mani - Part 1

Using her old gnarled knobbly wooden stick for support the old woman struggled up the steep incline towards the concrete road fifty meters above her. She stopped for a breath and looked back down the slope she had just negotiated. The sun had not yet risen, but dawn had broken and she could just make out the large white stone house she had left what seemed like a lifetime ago, but had, in reality been just thirty minutes before . Next to the large stone house were two other buildings of similar design and colour, while beyond them a smoked mirror coloured sea that at this time of the morning was calm and quiet. If you could have seen inside all three of the houses even a casual observer would have noticed that the three houses were exactly the same in dimensions. Each house had a small hallway, a kitchen, a living room, a double bedroom and an en suite bathroom. In each house the rooms were exactly the same square yardage, the shape of the room was duplicated in all the houses and the décor was exactly the same. Even the built in wardrobes were in the same place. However, a look into the wardrobes in each house would have revealed that in the old woman’s house the clothes were suitable for a woman of her age, no surprises there, however, in one of the other houses the wardrobes were filled with modern fashionable female clothes, all a size 8 and in the other house the wardrobes were filled with fashionable male clothes, all fitting a slim, tall man.

The Old Woman of Mani - Part 2

The old woman did not know how long she had lived in this place but somehow she knew that she had lived here many years longer than her age. She also knew that she had not been born in this place but had been brought here by…and here her memory failed her. All she knew was that this was not her real home. Now in the late spring of 1978 she was alone and had been since her latest offspring had left her to find their way in the world over ten years ago. They had done well for themselves and picked the perfect shells for their assignments. Her female offspring had become Hilary Rodham and her male offspring had become William Clinton. They married each other in 1975 after supposedly meeting at Yale University and he became the President of the United States and she became a senator in her own right. It had been a fairly simple transitional phase for her offspring as the collateral damage had been restricted to barely a dozen people. Some conversions in the past had resulted in over twenty deaths. The conversion phase was always tricky because some humans could detect a difference all be it very slight and even though at Bilderberg meetings the transitionals were well trained there was always unforeseen happenings. Bilderberg took its name from a coaching inn located in Holland where the first meeting took place in May 1356. That trailblazing meeting was initiated by the ‘in place transitionals’ as a setting for world leaders and influencers as most transitionals became. In the latter years’ public consumption was fed with the idea that the meeting of influencers and world leaders grew out of the unease expressed by important people on both sides of the Atlantic that Western Europe and North America were not working as co-operatively and as diligently as they should on shared problems of grave importance. It was offered that regular, off-the-record conferences would help foster a better understanding of the multi-layered forces and key fashions affecting Western nations in the problematic post-war period. 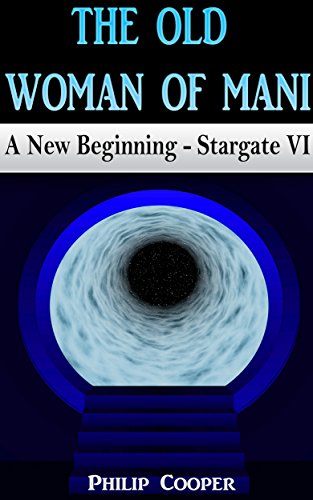 The Old Woman of Mani: A new birth
Buy Now

The Old Woman of Mani - Part 3

Although the Cold War was now over in virtually all respects there were more, not fewer, mutual problems - from commerce to careers, from monetary policy to investment, from environmental challenges to the duty of endorsing international security. It is hard to think of any key topic in either Europe or North America whose independent solution would not have consequences for the other. Thus the idea of a European-American forum has not been surpassed by time. The discourse between these two regions is still - ever increasingly – precarious and the transitionals used this forum to further their power and influence in the world with great success.

The old woman was not the only one who produced offspring for assignments on the third planet from the sun. There were hundreds around the world living in fairly isolated places in order that they did not appear on the radar of the authorities. The old woman had not seen or heard from them since the day they had left and although she thought it strange she knew that this was the way it had always been.

Have you read anything written by this author?

Philip was born and educated in the United Kingdom. He joined Citibank in London before moving to Athens where he worked as a foreign exchange trader for both Citibank and Chase Manhattan Bank. Philip was then posted to Citibank's Middle East North African Training Centre in Athens/Beirut as the operations manager and a foreign exchange trainer. After returning to the United Kingdom Philip joined Union Bank of Switzerland as the Head of Learning and Development and introduced trading simulations as a safe way for new traders to trade. In 1993 he was appointed Head of Learning and Education for UBS in North America. He later left the bank and went into partnership with two colleagues and set up a successful financial training company (New Learning Developments) in New York City. At New Learning Developments he developed relationships with all the major investment banks such as Goldman, Lehman, JP Morgan, and other major financial institutions such as The Federal Reserve Bank, Chase, Citibank, ABN-AMRO, and the World Bank. In 1999 he returned to London where he worked as a training consultant to financial services institutions and the Ministry of Defence. In 2001 he went to Greece where he wrote books to teach English as a second language as well as developing knowledge databases for on-line brokerage houses. He returned to London in 2012 where he works with autistic children and conducts webinars on foreign exchange and on-line retail trading. He has also written a children's book, two fictional short stories, several books on currency trading and now writing his first novel, a political thriller set in Greece titled The Gladio Protocol.

Discover other titles by this author on Amazon.

If I Could Paint Your Picture

The Old Woman of Mani

Competing in the financial Markets